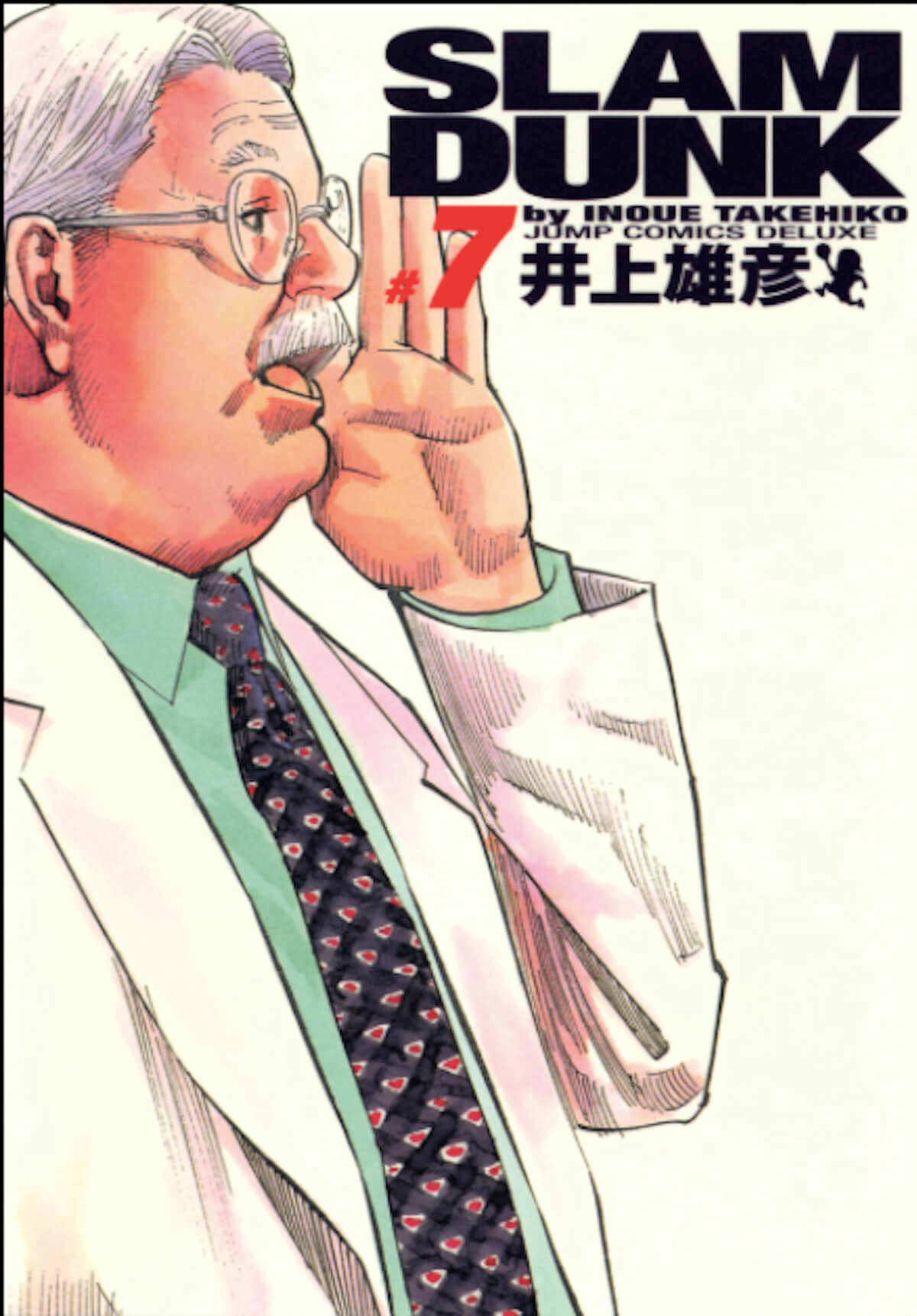 ※Some parts of this article refer to the contents of “SLAM DUNK” (Yuhiko Inoue/Shueisha). If you have not read the original, please be careful.

Until the end…
Hope.
Don’t give up.
If you give up…
That’s the end of the game.

This is a line by Mitsuyoshi Anzai, the coach of the Shonboku High School basketball team, in the eighth volume (Jump Comics edition) of “SLAM DUNK” (Yuhiko Inoue). I think it’s safe to say that it’s one of the most memorable lines in a work that is full of great lines from beginning to end.

These words were spoken by Hisashi Mitsui when he was in junior high school. In the final game of the prefectural tournament, he was down by one point in the last 12 seconds, and while he was saying things like, “As long as this superstar Mitsui is here, we will win! But deep down, he was about to give up on the game. Perhaps sensing this, Anzai, who was watching the game as one of the guests of honor, said the following words to Mitsui in a calm tone to inspire him (Mitsui’s team ended up winning the game.) (As a result, Mitsui’s team won the tournament.) In volume 27, Anzai said the same thing to the main character, Sakuragi Hanamichi.

Mitsui was so moved by these words that he later entered Shohoku High School, where Anzai was a member. One year later, point guard Ryota Miyagi joined the school “for Anzai’s coaching” (see volume 17).

Both Mitsui and Miyagi had been on the radar of coach Taoka of Ryonan High School, one of the top four high schools in the prefecture, since their junior high school days. They were not the kind of players who would typically be on an obscure public high school basketball team. However, they sought their place at Shonan High School because they were probably attracted by the incredible human power of coach Anzai.

By the way, I am of the generation that read “SLAM DUNK” in real-time when it was first serialized in a magazine. At the time, I was emotionally involved with the main character, Hanamichi Sakuragi, and the other players who were relatively close in age to me. However, now that I’m over 50 years old, when I reread this work, I suddenly realize that I’m reading it not with the players driving the story but with the coaches who guide them.

Yes, the existence of mentors to guide the main characters is essential in shonen manga. Still, the coaches of each team created by Yukihiko Inoue are all great characters with as much charm as the many unique star players. After a quarter of a century, I can say that I have finally realized that – in other words, I am closer in age to the coaches.

Unlike the other coaches who are more calm and collected, Taoka also has a human side with a clear sense of joy, anger, sadness, and sorrow. However, the scene where his words and actions capture the reader’s heart the most is in volume 21, when he honestly admits that he did not read the game well when Kiminobu Kogure, a third-year player for Shonboku, made a shot.

He also had this to say to the editor of a magazine after the game.

We were just one push away from victory.
I was almost there, but Kogure-Kun and Sakuragi-kun beat me to it.
Those two…
I had them pegged as Shonan’s weaknesses.
Sakuragi is a dangerous amateur.
Kogure was a thin bench player…
But they decided on the game.
I’m the reason for the loss!
The players of Ryonan…
They played their best!

For many readers, Taoka is the boss of the enemy team that stands in front of the protagonists, but I doubt anyone who would dislike him after seeing the above refreshing words. The author, Yukihiko Inoue, also drew a close-up of Taoka’s sad face when the game was decided, which shows how important a character he was in the story.

Toyotama High School is a regular participant in the Inter-High School Tournament. Still, about two years ago, the school president dismissed the elderly coach Kitano, obsessed with the run-and-gun style, to improve the team’s performance further. The 31-year-old Kanehira replaced him. However, the members of the team, who respected Kitano, did not approve of the young coach at all and challenged him to the Inter-High School Tournament to prove that the former coach’s run-and-gun style was correct.

However, this might have been when the new coach of Toyotama High School confronted the players who were not opening up to him.

I hate you people.
So why…
I don’t feel like losing.
It’s because…
I know deep down…
I know that you want to win.
I know that.

The story is passionate. Is there any manga fan who is not moved by this development? Yes, as you can see from Kanehira’s tearful cheering for the players at the end of the game and Taoka’s somewhat refreshing appearance, the coaches are supposed to be the mentors for the players. The story “SLAM DUNK” also grows a lot through the game. In the story of “SLAM DUNK,” the coaches, who are supposed to be mentors to the players, also grow up through the games.

Yes, the man who was once known as the “White Haired Demon” is not going to stop yet nurturing these “gems.” As I’m sure he knows, life is also a game that ends when you give up.

Nazuna
Now that I’m an adult, I can understand the struggles and passion of the coaches, and it’s heartbreaking. It makes me want to read Slam Dunk all over again!