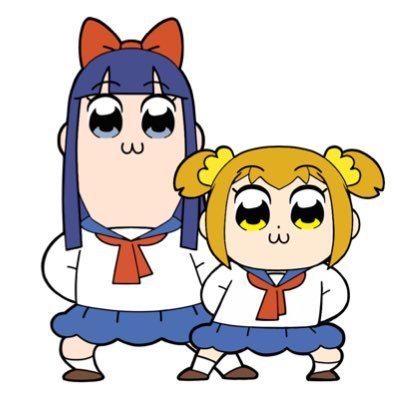 This season there are a tons of animes that are making their ways to fans and yes we can all say that we love the animes from this season!! However, there is one anime that is just so shitty that from that there are a like a millions of fans enjoying this anime and that is “PopTeamEpic”!! This anime has become a huge trend here in Japan influencing the Japanese economy and it is now official to say that this anime is a shitty anime!! (Of course in a great way) To tell the truth, I’ve already watched the first episode 4 times and still I can’t find any bore to it!!

This animes first episode was on-air on Nico Nico on the 7th of January and guess what, the views are over 3 million!! Also if you’re a gamer as well, then you’ll notice that there has been a new mod on Skyrim!! This was the influence of the first episode where the characters where in the world of the game “Skyrim” and the new mod was released ever since then. You can see how much this anime is affecting the gaming and the anime community!!

Let’s what shitty anime together and have fun!!