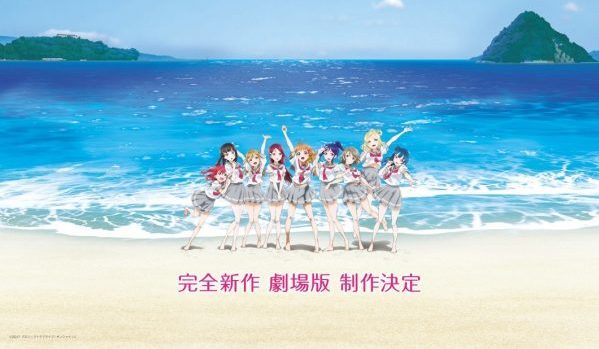 | Another film of LoveLive!!

After the second season of LoveLive sunshine from last fall, it is now official to say that there is going to be a second movie of LoveLive which is super awesome!! The first film was released on theaters 2015 “LoveLive ~The School Idol Movie~” and it has created a massive heat to fans which brought the film to a total success reaching up to ￥2,800,000,000 ($28,000,000), the best hit in anime film history!!  (If my research was right)

Anyways, LoveLive sunshine project started in July 2016 and continued to the second season last year so yes the anime project itself is quite young but if you are a fan from μ’s, then you may understand that we all want the anime film to succeed just like the previous one we had in 2015.

The film is still not certain when it will be on theaters so we still have to wait for that announcement but I am hoping there will be several or more events about the film and I am looking forward to it. Also if you are a fan of LoveLive, then they will have a live stage soon so I suggest you to go check the website that I’ll leave the descriptions below. Also if you visit the website below you’ll be able to get other information about the anime and events they will have so go check it out if you have interests to it!!

Thanks for reading this and I’ll be seeing you on my next article!!