Comic Market “How to & basic knowledge” 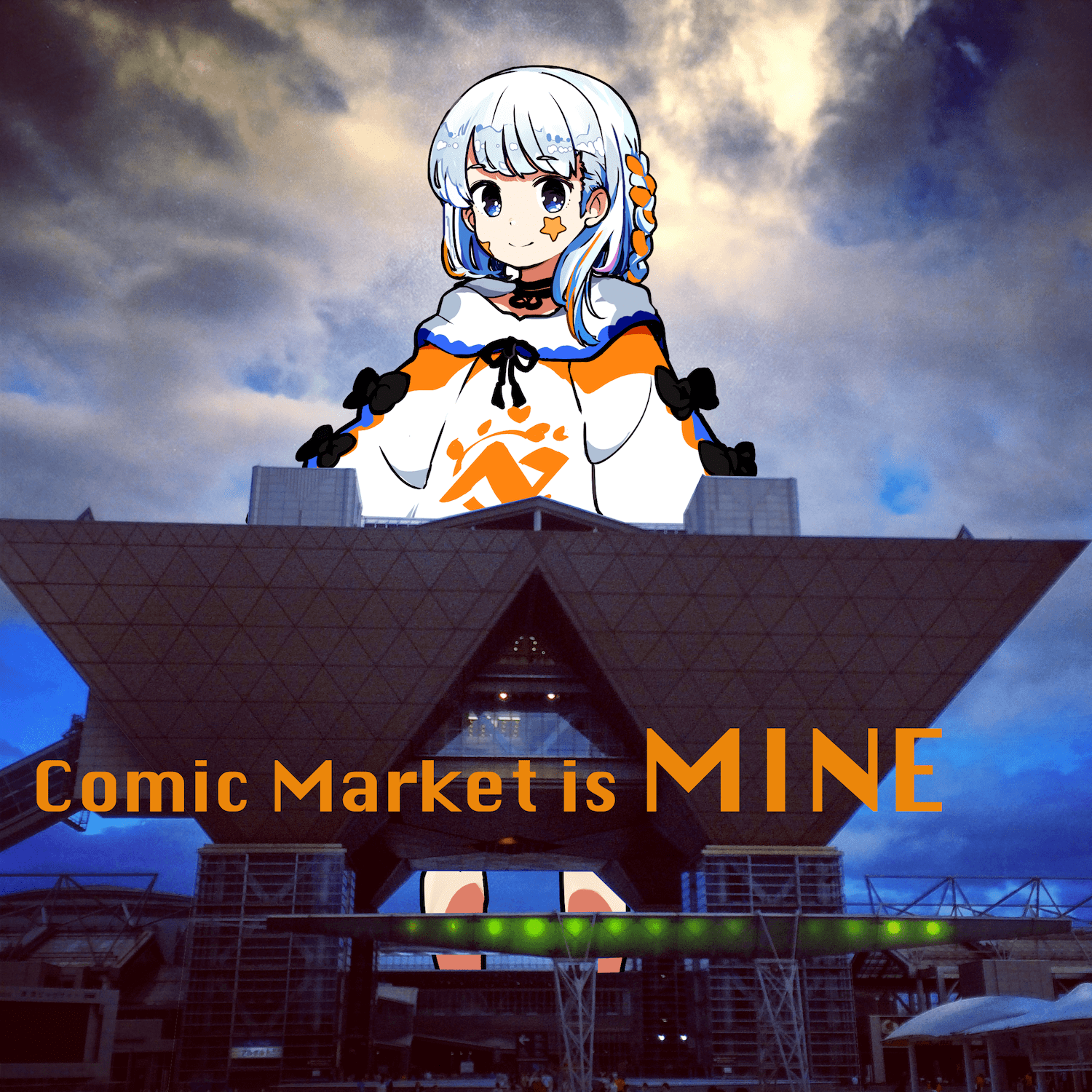 Nazuna
Hey guys, Nazuna here!
Today, I Nazuna, the master of Comic Market will guide through the basic knowledge such as how to get in line and purchase items, things you should be careful of during the event (both the summer and the winter), basic knowledge and more things! Are you ready for the fight that’s coming up? Then grab your backpacks and come join the journey with me at Comic Market!

Nazuna
this pdf is made by the Official of Comic Market

Nazuna
I’ve gathered some important facts that will definitely come in handy so give it a look!!

What is comic market?

Nazuna
Come on and check out this slide!

| How to purchase items and actions after that

Okay so first you’ll want to know the difference between the wall circles and island circles!
For example, after checking the booth you’re aiming for and if it says such as “東シ11a” (Eastシ11a), by checking our article about the map of Comic Market then you’ll notice that after 東(East) or 西(West) if the word 「A」「あ」「れ」「シ」is written, then it means that these circles are popular circles and these will be located at the walls! Which this simply means that these are called the wall circles! As I said, these circles are very popular resulting items being sold out possibly during the morning or will have people waiting in a very long line!
In other hand, the circles that are not by the walls are called the island circle forming an island using desks! These are the ones that are called the island circles!
As you can already imagine, island circles creates a line in the path so it will be quite difficult to reach your destination so be careful!

How to purchase items from Wall Circles 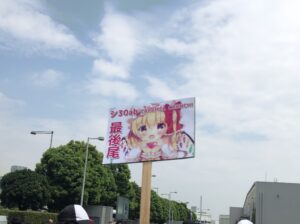 When the formed waiting line is long, then the line may continue outside of the hall so if you found the end, then that is the place where you would want to start lining up. Search for the end of the line where the last person in line will be holding a huge card that literally says “End of Line”. Receive the card from that person and line up behind him/her. If someone else lines up behind you, then pass the card to that person! After that, just follow the person in front of you and you’ll get to the register! Just be careful to pay attention where the line goes!
After reaching to the register, purchase the item you want, pay for it and you are done! Quite simple right?

How to purchase items from Island Circles

Sometimes when lining up in island circles, the line may form into some kind of weird line but basically it’ll be a straight line and easy to detect to don’t worry! The main quest for you is to indicate the line to your destination so good luck on that! But don’t worry, basically you’ll get to purchase what ever you want if you are in line!

It will be super crowded around the island circles during the morning so be careful! If you want to just check out what they have instead of purchasing anything, then I highly recommend checking it out during the afternoon when people have done buying stuffs and is least crowded comparing it during the morning! You’ll have more chance of seeing things that time rather than during the morning!

There are vending machines inside the building so buying drinks inside isn’t a bad idea but if you are planning on lining up before 10 a.m, then I recommend you buying some drinks on your way to Big Site. On the other hand, if you are not planing on lining up then you wouldn’t want much stuffs with you so having a bottle of water with you would be just fine! But in my opinion, I would recommend on buying at least 2 drinks. There are also trash cans inside the building so expendable trash would be useful!

Inside the building will be super hot with severe moist so buying this item at the convenience store would be a great idea! The item is called “Hie Pita”. This is a cooling patch cooling your body where ever you apply the patch on. Pretty cool right?

If you are planning on seeing cosplayers outside, then you’ll need some sunscreen with you to save you from getting sunburns! And no need to say but be careful not to get dehydrated!

When feeling sick, there is an aid room inside the building so don’t take any chances and go for it!

Basically, the coldness is the only enemy during the winter so if you stay all warmed up then there is pretty much nothing to worry about!
There are several items that you can get at the convenience store here in Japan but I’ll be introducing that item on the winter version of Comic Market article! 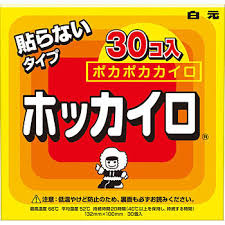 You can get these at any convenience store near you so don’t forget to buy them!! They may come in different packages and look different from this image but don’t worry, you’ll know as soon as you see it!!

Nazuna
I’ll be tweeting more detailed information during the event so stay tuned for further information! Okay then I’ll be seeing you on my next article! See ya!!