Demon Slayer-Tamagotchi is Here! (Play “Kimetsu no Yaiba” in Your Hand) 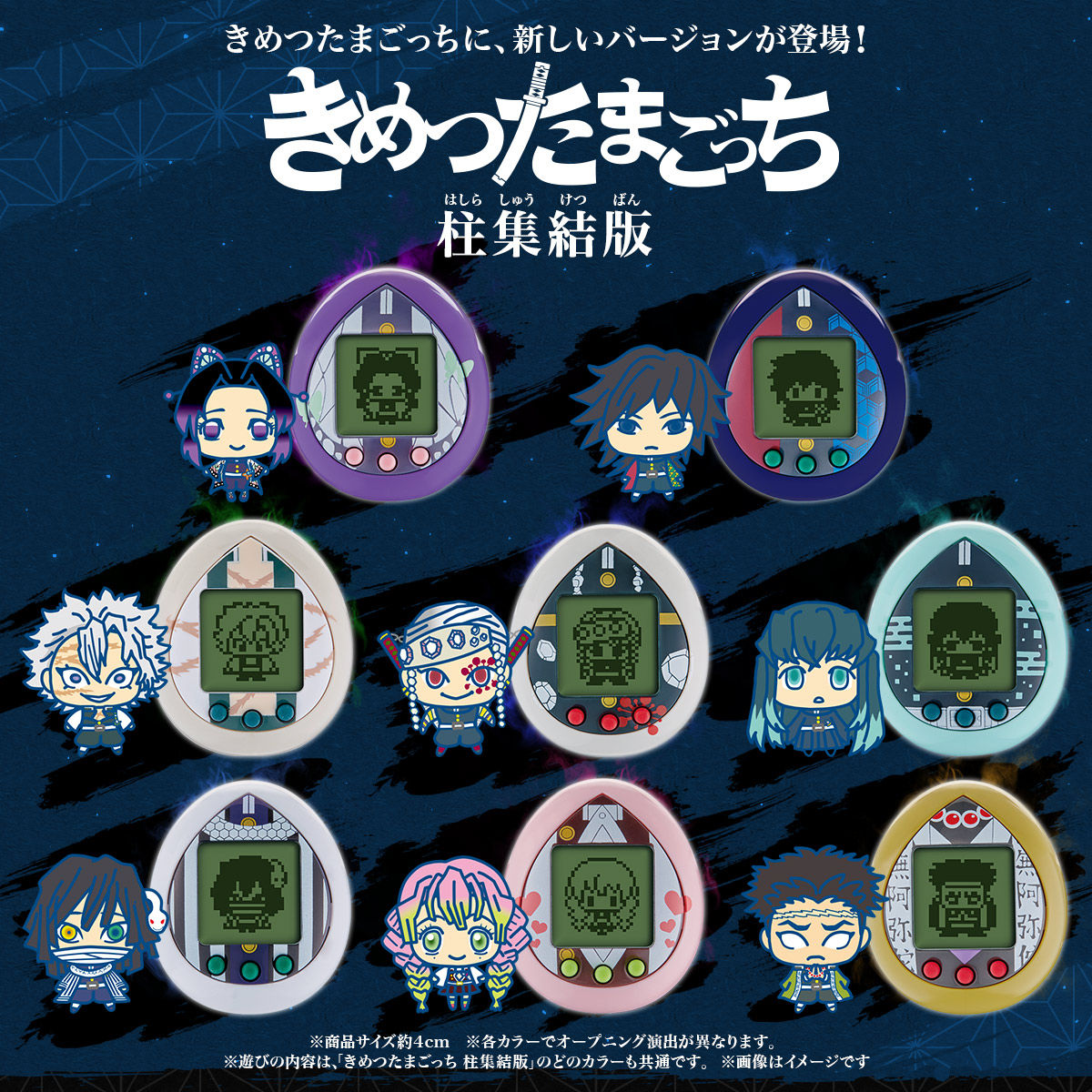 I’m sure you’ve already seen or at least heard about the recently popular anime, “Kimetsu no Yaiba“. It’s taking the anime world by storm. What usually happens when an anime like this comes out? They make a game about it, of course! The game is called “Kimetsu-Tamagotchi”, and I’m here today to Talk about it.

Nazuna
Pretty cute, right? I want the one with Mitsuri!!

Let’s take a trip back to 1996. Hand-held games were becoming popular. This included and was not limited to, games that had you go around catching cute creatures, and evolving those creatures. Not to name any, I’m just going to say you had to ‘catch them all’. Then comes Tamagotchi. A particularly small device with a keychain attached to it. It literally derives from the words tamago(egg), and watch then combines the two. People would carry this egg-watch everywhere, to school, to the park, and even the bathroom if you could believe it.

The objective is simple. Nurture a cute character and evolve them. If you didn’t feed them or play with them, they would get hungry, board and they literally might DIE. This had children bringing the device with them anywhere they went. After a while when a Tamagochi evolves, they can turn into one of a few random characters. The way you nurture and take care of them is a huge deciding factor in which character they evolve into.

Nazuna
I remember when I was little, all of my friends had them.
What’s also cool, you can actually use them as a watch!

|A New Way to Experience the World of Demon Slayers

Start as Mizunoto, the Default character of the game. You can train as a Slayer in 3 types of mini-games. By doing so, it will help you to evolve into one of the main characters. When you get tired, don’t put down your guard yet. At any time there could be a Demon that suddenly attacks you, which will alert you with a sound. Defeat it! Before you know it, you will evolve into a Kinoe, and bring you closer to becoming one of the Hashira. The second possibility is you becoming Tanjiro, Zenitsu, or Inosuke right away. And finally, if you are lucky, you may ultimately evolve into a secret character.

Nazuna
By the way, the color of the device itself doesn’t reflect which character you’ll be.
But I still want the Mitsuri one!!! I wonder how long it will take to evolve…

|Where to Get It

Kimetsu-Tamagochi is the new addition to Bandai’s kawaii hand-held game. This collaboration with Kimetsu no Yaiba is surprising, but a welcome one.

Nazuna
You might be thinking, “How do I get my hands on this?!”.

Nazuna
That’s where we come in!
You can actually use our Nerz Ex service to ship it wherever you live. The pre-orders have already begun, and will finish on January 20th, 2021. So you better hurry!