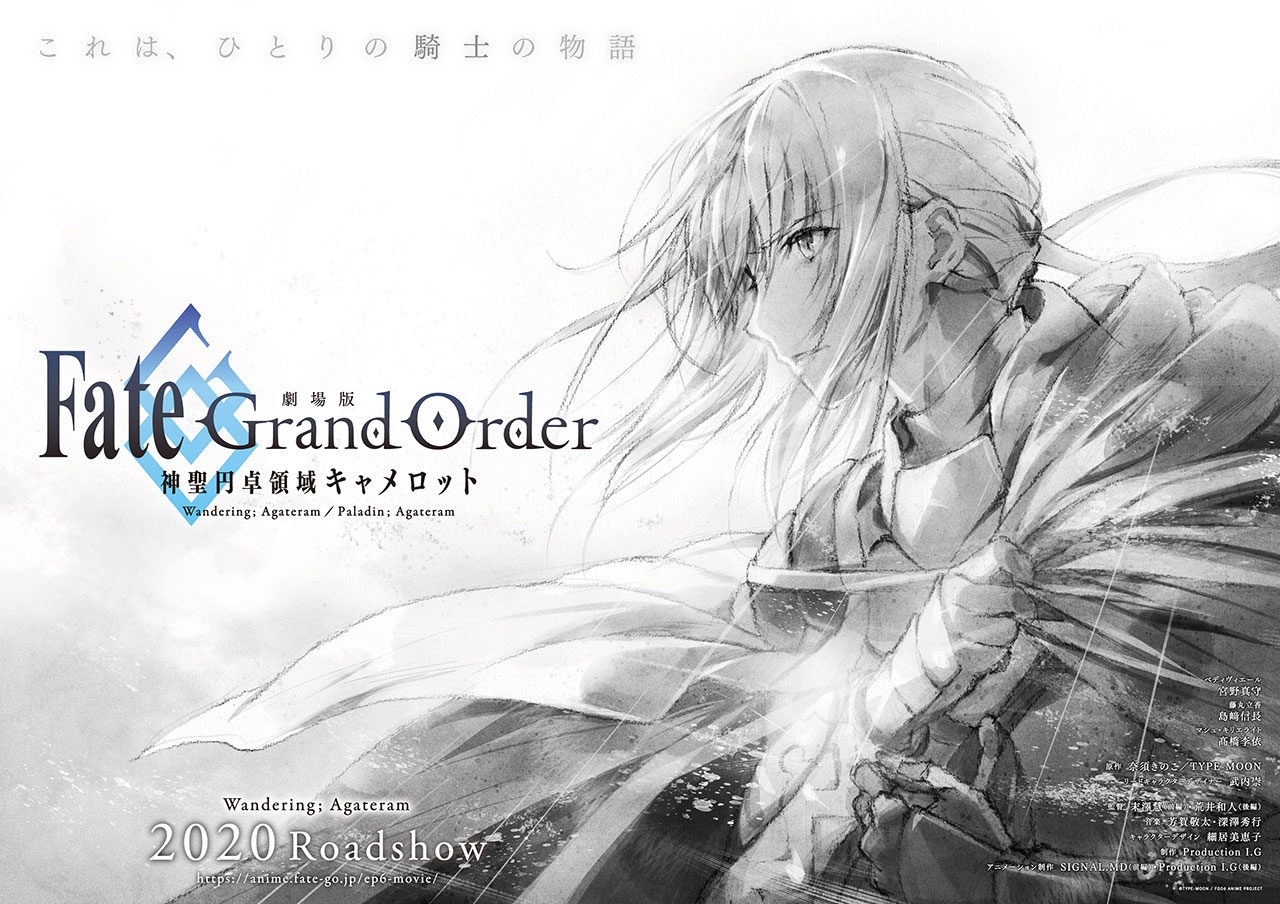 As we all have played the mobile game Fate/Grand Order (a.k.a FGO), this movie is something all fans have been waiting for since the release of the story of Lord Camelot. And as a fan, I got the opportunity to check the film out for myself, and wow I was speechless I don’t know even where to start from! Now, in this article, I’d love to talk about the details and write down all of my thoughts about the film and debate a few things but that’ll just ruin the film for those who haven’t checked it out yet so I’ll leave that to you guys after experiencing the film itself.
And for those who haven’t played the game, don’t worry since this movie has 2 parts to it and is really easy to watch so even first-timers would enjoy the film without any doubts!
So, what will I be talking about in this article? Good question! I’ll be writing about what kind of goodies you can get by watching this movie and some event-related information!

◼︎Index
– What is this movie about?
– Theater Gallery
– Limited items during the event
– FGO collaboration cafe
– Famous quote from this story (Learn Japanese!!)
– My final thoughts without any spoilers

|What is this movie about?

Before I start explaining what kind of movie this is (and don’t worry, I won’t spoil the details!), here is a trailer of the film so check it out first and let me start talking what this is about.

So basically the FGO series is a bit different from the original Fate series. Where? Good question! Do you remember the holy grail from that series? Yes, they are also in this story. I don’t want to spoil the entire story so IF there’s any request on “why the holy grail is related in this FGO series?” or “The summary of the game FGO”, I’ll explain it all there!
But for now, let me just give you a summary of the story based on the game! (Don’t worry, it’s not about the film so you can go check the film and compare the game story from here and see it for yourself!)

This singularity is set in 1273. As the team decides to visit Jerusalem, they landed in the middle of nowhere in a desert in BC. Not to mention it was the first time that Da Vinci will be participating in the team, things were already looking south from the start. The story goes on and the team meets few characters from that era starting off with the Pharaoh Nitocris and the knight Lucius. After hearing the bad news from Ojimandias as he quotes “Humanity has already collapsed.”, the team decided to head to the “Sacred Land” in order to find out what was happening at this singularity. However, as soon as they got there they stumbled upon the Knights of the Round Table instead of the Crusaders.

“Holy hunting” took place on the spot where many people gathered for help, but the outrage of containing only selected humans and slaughtering other people arose in front of them. The team made a breakthrough to help as many people as possible, and Lucius and Bedivere joined along the way. However, the team lost Da Vinci along the way which brought anxiety to the team but decided to move on. Hasan and others, who are also the etymology of “assassin”, lived in the village that escaped from their lives, and their powers brought great value to the team and decided to fight together. While struggling with the Knights of the Round Table, who were given a “gift” by the king, the team succeeded in gathering and helping their friends and borrowing the power of the first mountain old man named “Yama no Okina”. With Lancelot and Pharaoh on his side, the team settled with Camelot’s “Lion King”.

Nazuna
The story itself is really detailed and there are so many exciting points so if you have any chance of playing the game, I highly recommend playing it! The story is filled with joy, tears, and a lot of excitement!

Now first off, I’d like you to check out the atmosphere of the theater! Since this title is well popular among Japanese fans, billboards, pamphlets, the wall decor, all were out to hype the fans who came to watch the film!
This is the 1st part of the film so I’m guessing the characters that were out for the exhibition were all related to this 1st part of the film which made me wonder what kind of exhibition it will be when the 2nd part comes out!
Well anyways, take a look at the photos I’ve taken at the theater and experience the excitement I felt below!!

Nazuna
The moment I stepped into the theater, it took me to the world of FGO! Excitement blowing out the roof, I couldn’t help but to open my FGO game on my mobile and take a look at each character that’ll be participating in the story!

|Limited items during the event

Limited items all started off by receiving this pamphlet shown below. The details that were written inside it was a great opportunity to review the story itself (since I’ve played the story in the game) and not only for those who already know but also for those who are new to this could enjoy the details and grow their imagination on how the story will go in the film!
Not only the pamphlet but there were also other great goodies that would stop in your eyes and shake the temptation of your urge to buy one!
Also, they had their own original popcorn bag which you can just purchase at the food area! Now, this was one of the hype juice that really built up the excitement inside of me! Come check the pictures below!

Nazuna
What do you think? The stickers that came along with the pamphlet was extremely cute I instantly thought I could use them for my laptop! Other merchandises that were for sale were also stunning, if you know the game and the story there’s no way you’d go home without purchasing at least one and go home!

Nazuna
The cafe had a great and welcoming atmosphere which was a great place to visit after experiencing the film and talk out the excitement!

“No matter what I sacrifice, this time I will kill my king this time-it is the last myth at the end of the world. The end of a long, long journey of a human knight“

Nazuna
There are a few Japanese that you’ve might never heard rd before but take this as an advantage and learn some new words from Bedivere’s quote!

|My final thoughts without any spoilers

Let me finish this by writing down my thoughts on this movie. (Of course, without any spoilers!)
First off, I’d like to say that the story went really fast than I’ve expected. Some of the parts that were included from the original story were cut off so if you’ve played the game, then I guess you’ll experience the same thing that I did. However, since this is a movie and there is a limited time, I was satisfied with the story. Oh, and there’s nothing to worry about the details being short since all the important parts were included in the film!
Secondly, the excitement of the game felt like it came to life. There’s a bit of difference between only seeing the story through “words” and “animation”. This was definitely a great opportunity to review the game story and reminiscing all the hard battles along with the story that brought tears and joy. Definitely worth watching!
And as my final thoughts, all the characters that took place in this movie were overwhelmingly cool. One of my favorite characters from the story named “Arash” especially took a great part of excitement inside of me. Not only in the game he was cool but also in the film and just made me want to play the game again and use him as my favorite servant!
Just to sum this all up, the story of Camelot was really exciting and made my temptation go wild with the urge of watching the 2nd part of this Camelot story! Check out the movie for yourself and you’ll know!

Also, if you’re interested in checking out the website for this movie, check out the link below!

Nazuna
Have you ever wondered what kind of story the 2nd part would be and the connections between all characters in the film? Perhaps you’d want to know the comparison of this story between anime/game and real life. Well, that will be for another article IF you’d like to know!