“Attack on Titan” The Final Season Breaking records all over the world! 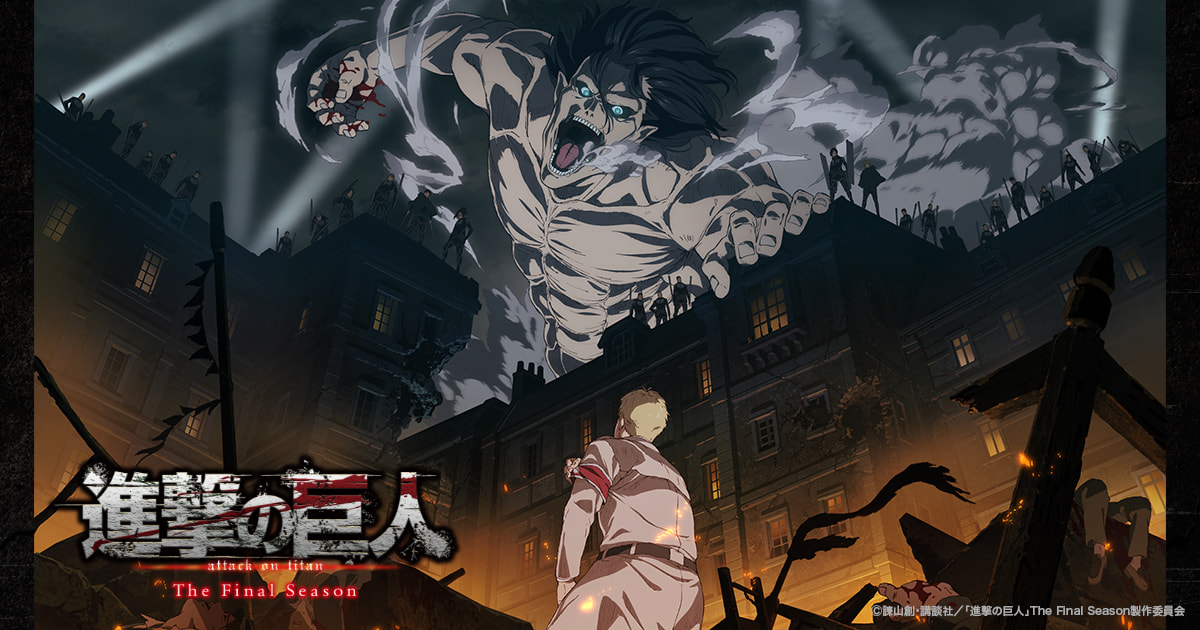 TV Anime “Attack on Titan” The Final Season Gets Off to the Best Start in the Series and Breaks Records Around the World! The First Episode on MyAnimeList Records the Most Viewed Episode in Anime History and Attracts Worldwide Attention!

TV anime “Attack on Titan” The Final Season, which started airing on NHK General in December, has received the highest number of views in the series worldwide.

On MyAnimeList, a very popular forum among overseas anime fans, the first episode (60 episodes in total) of the TV anime “The Final Season” has recorded the highest number of views in the history of anime works. In addition, the anime’s top review score (9.06/10 as of December 24) has been recorded, and it has received the highest rating from overseas anime fans.

In France, where the series is officially distributed the fastest, the distribution site Wakanim has become the number one trending site on Twitter, and compared to the first episode of Season 3, The Final Season has gained 14 times as many viewers, making it the best start for the series.

The TV anime “Attack on Titan” The Final Season non-credit opening video (music: “Boku no Senso” by Seishin Kamattechan), currently available on YouTube, has surpassed 12 million views in just 17 days since its release. Of these, about 40% were viewed from within Japan, while the majority of views came from overseas, including the United States, Indonesia, Taiwan, and France, and the video has been filled with comments from overseas fans.

We can’t take our eyes off the TV anime “Attack on Titan” The Final Season, which has attracted attention all over the world and continues to make rapid progress!

Nazuna
So this is the non-credit PV they’re talking about. It’s amazing that the comment section is really filled with comments from people from countries all over the world.

“That giant, at all times, kept going in search of freedom.

He fought for freedom. His name is the Attack on Titan.

The truth outside the walls and the true identity of the Titans were finally revealed.

The human race had sacrificed far too much to get to this point.

And yet, they must continue to move forward.

For they have yet to see the sea outside the walls, the symbol of freedom, with their own eyes.

–Time passed, and it had been six years since the first attack by the Colossal Titan.

Six years have passed since the first attack by the Colossal Titan, and the Scout Regiment dares to investigate outside of Wall Maria.

This is the first time the humans inside the wall have reached the sea.

Is it freedom that lies beyond the endless horizon, or is it ……?

The story of Ellen Jaeger enters a new phase.

Nazuna
Now that I look at it, it’s really quite a lineup!

Nazuna
As I thought, it’s popular and there are many media to distribute it. If you haven’t seen it yet, you should check it out.