“The Irregular at Magic High School”spin-off is coming in 2021. 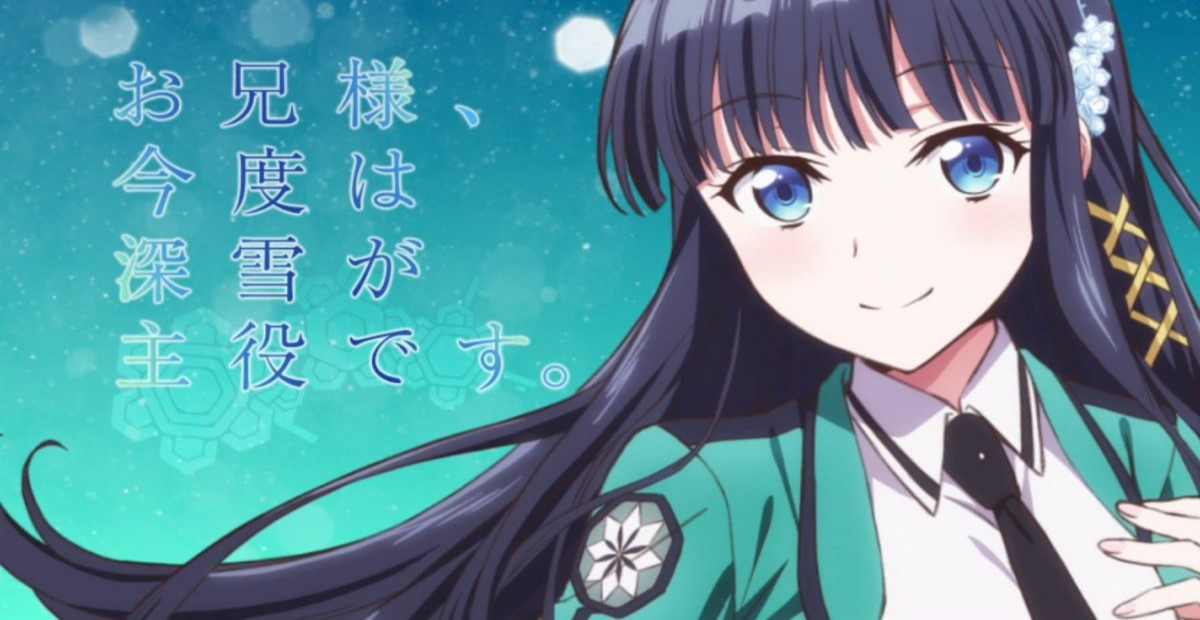 The Irregular at Magic High School” is a series of novels written by Tsutomu Satou and illustrated by Kana Ishida that has sold over 20 million copies (2 million copies of the original novels).

It has been announced that “The Honors Student at Magic High School, a spin-off comic by Yu Mori that focuses on Tatsuya Shiba’s younger sister, Miyuki Shiba, will be adapted into a TV anime in 2021.

Nazuna
No way, spin-off! I think I’ll go back and look at this one as a review.

I’m sure there are many fans who were surprised to hear that “The Honors Student at Magic High School” (hereinafter referred to as “Honors Student”) will be made into an anime. I was also surprised at first.

The story of “Honors Student,” which has such fond memories for me, is mainly from Fukayuki’s point of view, depicting her student life from just before she entered the first high school. In other words, it’s the girls’ side of Magical High School. It’s not that Tatsuya and the other male characters don’t play an active role in the story, but the emphasis is on depicting the girls’ emotions.
The atmosphere is softer and more light-hearted than that of the “The Irregular”.
Honors” is a manga, but it is more like a light novel than “The Irregular”, and perhaps more suitable for anime than “The Irregular”. For fans of magic and anime, please look forward to it.

Finally, “Honors Student” is getting an anime. I’ve been recording while chewing on the reassuring feeling of having my older brother at the center of the story, so I’m nervous now, but I’m going to be even more determined. Please enjoy the story again from Fukayuki’s side.
The Magic Department of 2021 is an honor student.
Please look forward to the broadcast!

Nazuna
Unfortunately, detailed information on broadcast stations and time slots has not yet been released. As soon as the information is released, we will share it here, so please wait a while. I wish I could watch it on Netflix or Crunchyroll.