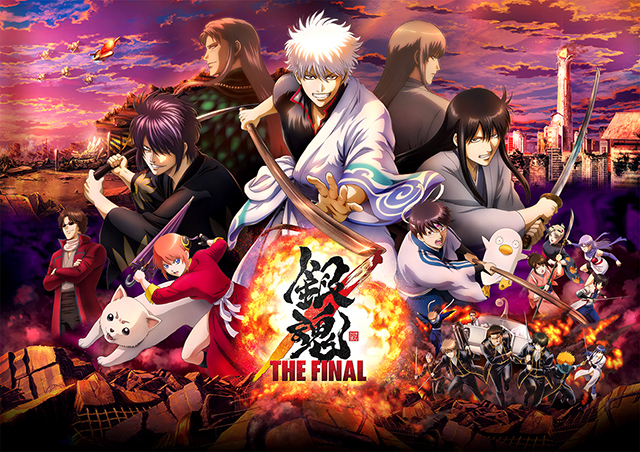 The domestic movie rankings from January 9th to 10th (national weekend box office results, provided by the box office news agency) have been announced. In this week’s mobilization ranking, “Gintama THE FINAL” (Warner Brothers) mobilized 204,000 people in two days on Saturdays and Sundays, raised a box office of 287 million yen, and suppressed “Kimetsu no Yaiba” for the first time. The cumulative total of the four days from the first day to January 11 is a hit starting with mobilization of 384,000 people and a box office of 513 million yen.

In this film, which is the third movie version of the popular comic with a cumulative circulation of over 55 million copies, based on the final episode of the series that ended in 2019, drawing a deadly battle with Gintoki Sakata and the last and greatest enemy, Utsuro. Voice actors are done by the original actors from the anime, Tomokazu Sugita, Daisuke Sakaguchi, Rie Kugimiya, and others. The director and screenwriter are done by Chizuru Miyawaki, who has also directed the TV series.

The movie version of “Kimetsu no Yaiba” Infinite Train Edition (Toho / Aniplex), which set a big record of reigning at the top for 12 weeks after its release, mobilized 180,000 people and earned 299 million in two days on Saturday and Sunday leading the film to 2nd place. However, in the box office, the number is higher than “Gintama THE FINAL”, and we cannot take our eyes off the ranking from next week onwards. With a cumulative total of 26.21 million people, box office exceeded 35.7 billion yen. This phenomenon is needless to say worth checking.

Nazuna
Who ever thought about this!? Gintoki surely would be proud about this and I hope we get to see him more after this even though the story has ended last year!