“Re:ZERO -Starting Life in Another World-” This is a must-see for beginners! 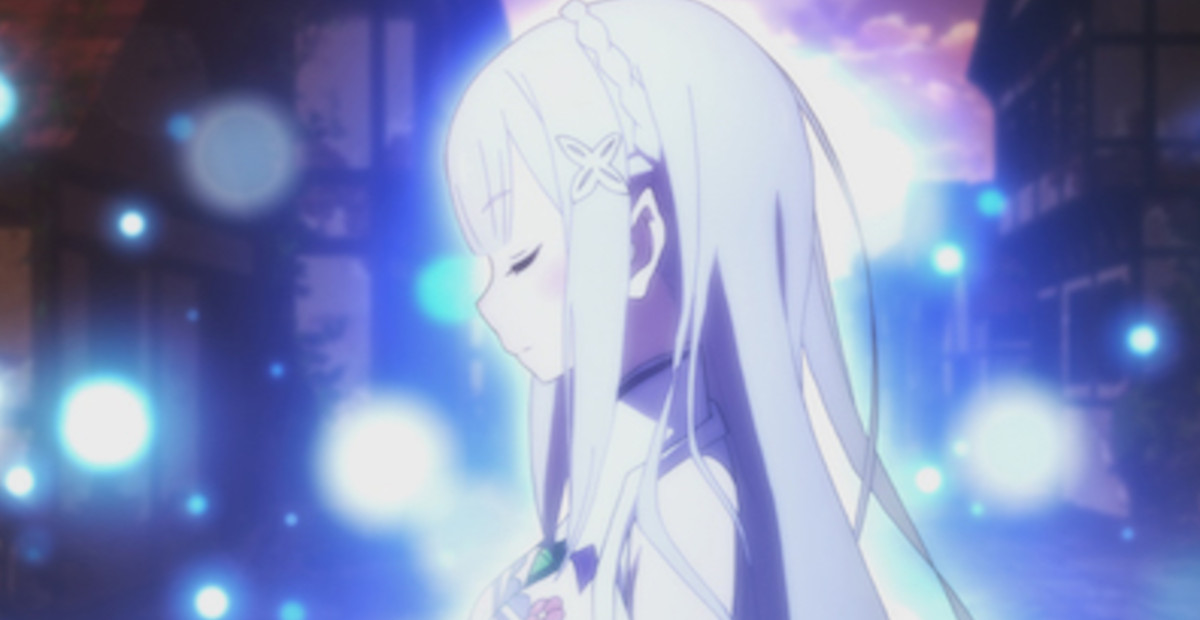 We will explain the highlights of the popular anime “Re:ZERO -Starting Life in Another World-” in an easy-to-understand manner even for beginners.

This article contains information about Re:ZERO -Starting Life in Another World-! spoilers!!

|What is Re:ZERO -Starting Life in Another World-

◆A reclusive boy is suddenly summoned to another world.

However, Subaru has been given only one ability. That ability is the ability to rewind back to a certain point in the past by dying.

Despite his game-like life in another world, Subaru’s ability to revert to death leads him down a fierce path of repeated pain and despair.

◆There is also an element of mystery, which is novel for an otherworldly story.

Subaru, who has the ability to “return to death,” uses this ability to make choices about his destiny in order to avoid losing the people he cares about.

In the process, there are also elements of mystery, such as “who”, “how”, and “why” is killing him, and what should he do to avoid the death of the people he is supposed to protect, so even though this is an otherworldly summoning story, you can enjoy the development that reminds you of a mystery novel.

◆A life in a different world, colored by friends with rich personalities

In the other world where Subaru is reincarnated, there are various races other than humans coexisting, and many unique friends add flowers to Subaru’s other world life.

However, some of them are biased and have their own ideas and values, and Subaru is at the mercy of them.

◆A beautiful girl suddenly appears in front of Subaru’s eyes.

◆A maid at the court where Subaru is taken care of.

|The first nine volumes of the original work were broadcast as the first season of the anime.

In the original work, the first nine volumes correspond to the first season of the TV anime.

The novel is still being serialized, and the 23rd volume, which was released on September 25, 2020, is the latest edition. (*as of September 2020) Other short stories and comicalizations have also been released, so please check them out if you are interested.

|The key to watching “Re:ZERO”

◆Subaru’s feelings change every time he fights against despair.

He repeatedly returns to death with pain and suffering, and each time he does, Subaru’s desperate thoughts and actions gradually change his feelings.

It is no exaggeration to say that the way the reclusive boy overcomes his many despairs and becomes an adult in order to protect the people he cares about is the best part of this work.

◆The enemy characters are also fascinating and memorable.

Many of the enemy characters in Re:ZERO have one or two quirks, and even though they are enemies, they are fascinating characters.

The unpredictable development of how Subaru, who has no strong offensive magic, will use death and return to fight them off is truly a must-see.

|The now famous divine song, OP/ED is also a must see!

Redo/Konomi Suzuki” and “STYX HELIX/MYTH & ROID” are now famous as divine songs for the opening and ending of Re:ZERO.

Both songs were written against the background of the Re:ZERO story, and from the beginning to the end of the 0:00 seconds, they play an important role in shaping the Re:ZERO anime.

|OVAs and extras that are essential to the story of “Re:ZERO”

In addition to the series, Re:ZERO works have been developed in a wide range of ways, such as the OVA “Re:ZERO -Starting Life in Another World: Hyouketsu no Kizuna” which is greatly related to the main story, and the spin-off “Re:ZERO -Starting Rest Time” which has cute mini characters to heal you.

|In 2020, the first episode of the second season of “Re:ZERO” was aired in the Autumn Anime.

|Video streaming service where you can watch the first season of “Re:ZERO”.

The first season of Re:ZEROis being distributed by the following video distribution services, some of which offer a free trial of the first episode, so if you’re interested in watching it after reading this article, please do so!

Nazuna
If you haven’t seen the popular anime series “Re:ZERO -Starting Life in Another World-” yet, have you become interested in it? The characters of Re:zero have appeared in many cosplays, and you can see that they are very popular. There are so many Re:zero series that it can be hard for beginners to know where to start looking. It’s like Star Wars or Marvel Movies! Stay tuned for my next article on the order of watching the Re:zero series!