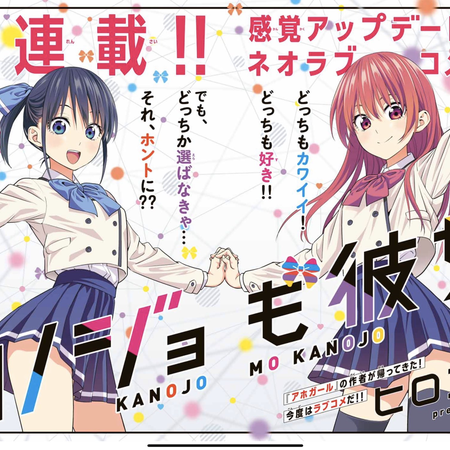 This work is based on the manga of the same name that has been serialized in “Weekly Shonen Magazine” (Kodansha) since March last year and is a new serialization by Hiroyuki, the creator of the popular manga “Ahogirl” that has also been animated. A story in which Naoya, the hero who continued to confess to her childhood friend Saki and finally became a high school student, suddenly confessed to her insanely cute classmate Nagisa. She has her… what if she confesses to another girl? There is a girlfriend who is dating. But she doesn’t want to swing a cute girl. A romantic comedy depicting the conclusions drawn by the main character after such a painful conflict.

When the sales of the first and second volumes of the comic were strong and the commemorative PV was released, popular voice actors Ayane Sakura and Ayana Taketatsu played the characters “Saki and Nagisa” in the works, leading it to become a hot topic. It is attracting attention for the fastest animation in the history of “Weekly Shonen Magazine”, which is only 8 months after the serialization started.