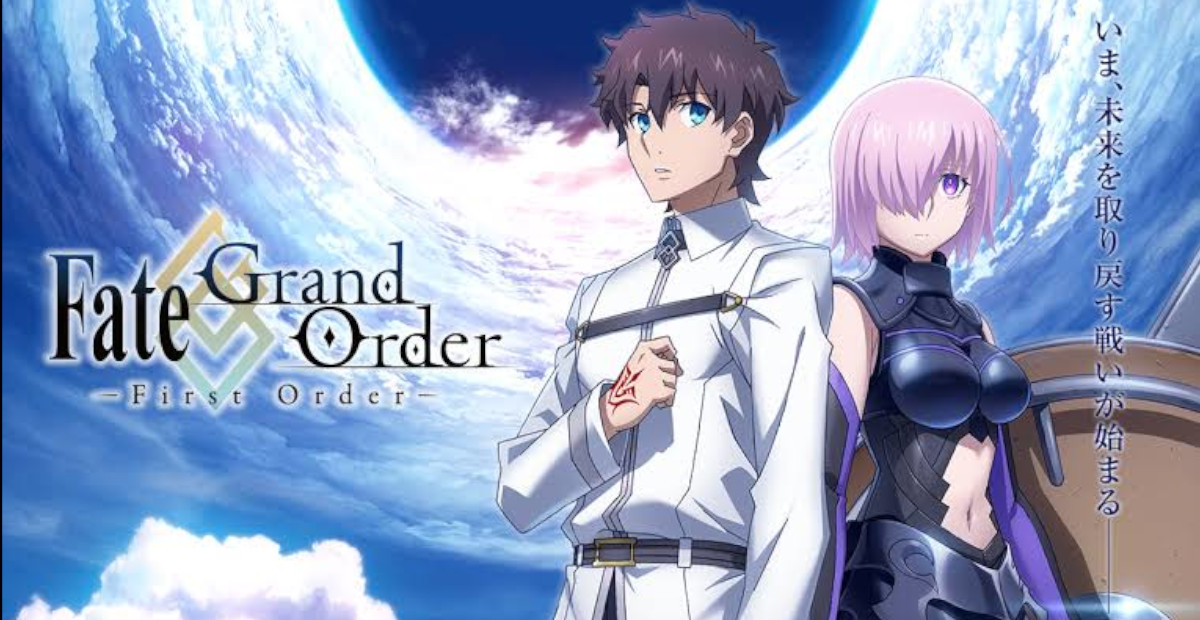 ◆It’s a story about the fight for the Holy Grail.

Fate/stay night, Fate/Zero, and many other series have been developed, but the root of the story is about servants summoned by masters to fight over the Holy Grail, which is said to grant any wish.

◆FGO does not have a Holy Grail War.

Also, in FGO, since there is only one master, the protagonist who belongs to Chaldea, there is no battle between masters, which was strongly depicted in Fate/Zero, but rather the summoned Servant fights the enemy.

◆FGO is not fixed in one era.

There have been seven confirmed “singularities” in history that have shaken human history.

The sixth singularity, where the theatrical anime is about to be released, is set in “Camelot”, where the Knight King and the Knights of the Round Table are active, and “Babylonia”, which has also been made into an anime, is the stage of the seventh singularity.

Servants are supposed to hide their true names in order to gain an advantage.
If the true name of the Servant who appears is withheld, it may be interesting to guess the person based on the land and characteristics.

|Can FGO be enjoyed from the anime?

◆The animation alone is well worth watching.

If you know at least a few terms, you can enjoy the anime as a complete work.

The battle scenes in each work are spectacular, as the battle to save the future history of mankind, and the battle between heroes who have made a name for themselves in history, both friend and foe.
Please enjoy the beautiful movements of the characters that can only be expressed in anime.

The psychological depiction is also well drawn. In particular, in the unique setting of FGO, even if it is a false history, there are certainly people living in it, and it makes you think about the thoughts they have about the right future.

◆It is more enjoyable if you have played the original FGO.

It is possible to enjoy the anime alone, but of course it is easier to understand if you have played the original Fate/Grand Order game for smartphones.

◆If you haven’t watched any other Fate series, no problem.

The world of Fate/Grand Order is not in the same timeline as Fate/stay night and other Fate series, so you don’t have to watch the other series first to enjoy it.
Don’t worry about it, just go ahead and enjoy the world of Fate from the FGO anime!

|Users who would recommend FGO

Not only in Fate/Grand Order, but also in the Fate series, there are many magnificent battle scenes.
There are many different types of weapons used by Servants, such as swords, bows, and spears, and the atmosphere can change drastically just by changing the combination of Servants fighting.

◆People who are attracted to the psychological portrayal of characters

Although the image of battles tends to precede Fate/Grand Order, it is also characterized by the careful depiction of the emotions of the characters, both human and servant.
In FGO, it is especially important to know what purpose each of the characters has in challenging the battle, rather than just fighting.

◆People who want to focus on storytelling

As with Fate as a whole, FGO alone is an epic story with a well-written narrative.
The Servants themselves are people who have left their mark on the times, and the story is set in the past, so there is a lot of history involved.

If you like stories with a sense of gravity, or if you like to think about things, I highly recommend you give it a watch.

One day in 2015 A.D., it is proven that humanity will become extinct in 2017.
The previously unobservable “Fuyuki, Japan, 2004 A.D.” is thought to have been the cause.
The “Holy Grail Search,” a mission aimed at investigating, clarifying, or destroying the singularity, begins here!

◆The Seventh Singularity: Absolute Monster Battlefield Babylonia
One of the most popular stories of the original work

As it is the last singularity, the story is even more epic. The setting is ancient Mesopotania, the time when Gilgamesh, who appears as a servant in the Fate series, lived.
Gods and demonic beasts are attacking, and humanity is fighting against them. Not only servants but also goddesses appear in the story.

The powerful enemies will not only make your hands sweat, but the way people and servants alike fight based on their beliefs will bring tears to many people’s eyes.
I recommend this work for those who like battle action and those who want to focus on the story.

◆The Sixth Singularity: The Sacred Round Table Realm of Camelot
A new work to be released in theaters in December

This title is a very popular story following Babylonia, and features the Knights of the Round Table, one of the most difficult characters in the original game.
Although the main character and his friends lay shifted, it was said that “human reason has collapsed” and many people called for help, and the Lion King had built the “Holy City”.

However, only the chosen people are welcomed into the “Holy City” and the others are slaughtered. The development of the knights turning to the side of the enemy itself gives a sense of despair, but there are allies who are just as unique as the knights, so if you are curious, please check out the special page.

In addition to the story, the servants in Camelot are very popular, and following the story from the character’s point of view is one of the ways to enjoy the game.

|The characters in FGO

Nazuna
What did you think? The FGO series is a very long one, so you may find it hard to get into, but once you understand some of the terms, you can enjoy it. Please look forward to my next post, which will include a simple explanation of the vocabulary of the FGO series, as well as an explanation of the chronological order of viewing. Let’s enjoy FGO together with me!