“NieR Replicant ver.1.22474487139 …” Release Commemorative Fair Will Be Held At Animate! Get Your Own Special Clear Bookmark As A Privilege! 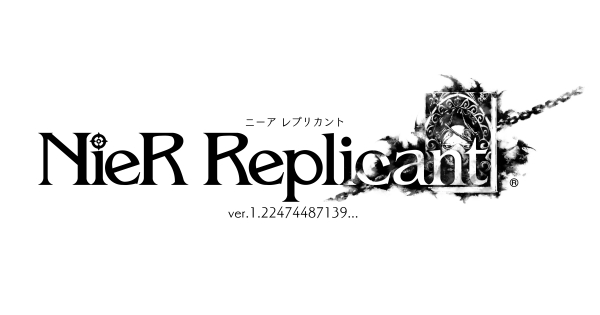 During the period from April 9th to May 16th, purchase and reserve “NieR” related games, character goods, and books (payment) every 2,000 yen, or purchase CDs, DVDs, and Blu-rays for each reservation (payment of 2,000 yen or more is required), a special clear bookmark using the illustration of “NieR Replicant ver.1.22474487139 …” will be presented!

An action RPG released in April 2010 that depicts the story of the beginning of the formation of the world of “NieR: Automata” released in February 2017.
The story of NieR Replicant begins in the summer of 2053 in the ruins of an unidentified city. A prolonged snowstorm envelops the region, trapping the few survivors in a gripping cold with little shelter and minimal food. Two who have made it through the onslaught of climate change lie hunkered down in the remains of a grocery store—a boy and his sister. The girl suffers from an uncontrollable cough, while her weary brother weighs a fateful decision. The mysterious book lying on the ground between them taunts the brother with its power to help. He only needs to hand over his soul to receive the tome’s power. A number of monsters known as Shades appear and the brother fights them off to protect his sister with the help of the book. After defeating the Shades, the child grows sicker. And the journey goes on.

Nazuna
NieR: Automata was a great game so I’m definitely looking forward on playing this game!