“Don’t Toy With Me Miss Nagatoro” Coming Next Spring In 2021! Gorgeous Additional Casts Revealed With Comments! 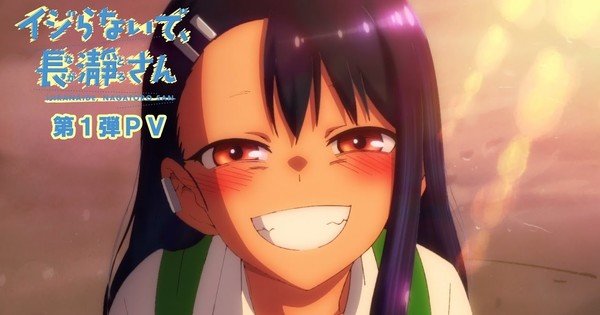 Cumulatively exceeded 1.3 million copies!
The latest 9 volumes of the popular TV anime “Don’t Toy With Me Miss Nagatoro” will start broadcasting in the spring of 2021!!!

Here, we introduce the synopsis, cast voice actors, staff, and recommended articles of the anime “Don’t Toy With Me Miss Nagatoro”!!

“I was made to cry by a junior girl…!!” One day after school, in the library I stopped by occasionally, I noticed a super “de S” junior! Her senior is flirting, toying, and her name is ── “Miss Nagatoro”! Annoying but adorable, you’ll want her by your side even though it is painful. The story of “S Dere Girl” where something in you awakens.

Come check what each casts has to say for the upcoming anime!

It’s a great honor to be able to sing the opening theme song!!
I recorded it while imagining how Miss Nagatoro moves around adorably! It’s an entertaining song, so please listen to it!

I will participate in the role of Senpai this time.
I’m thinking of enjoying a lot of messing around with Mr. Nagatoro. Please enjoy the emotions of Nagatoro-san and Senpai through the anime!

I will be in charge of Gamo-chan, who is in charge of playing with Senpai & Nagatoro.
This role was a really challenging one since the character had a lot of ad-lib but I really enjoyed toying around and having fun! When I look at Nagatoro-san, there are many tempting scence which was awesome and, friends (casts) and the team I had with me were very nice. Also, senpai was really good at being toyed through his role so it was really an exciting experiece! Please, look forward to it!!

I will be in charge of Yoshi’s voice!
In the material I received at the time of the audition, it was written that Gamo-chan loved being the stupid child, so I was really happy when I heard I got to play the stupid child from the beginning. Although she often speaks only words after Gamo-chan, she is a beloved mascot girl who excites her work!!
Please look forward to the appearance of the girls who are crazy about Senpai!!

I’m Shiori Izawa, who will play Sakura.
I remembered this work (series), which is full of mean but cute high school girls, with the attribute “S dere”, Miss Nagatoro!! Sakura is basically calm, but the charm of “Mysterious” rolls boys on the palm of her hand. I hope you get to experience being “toyed” through this!!