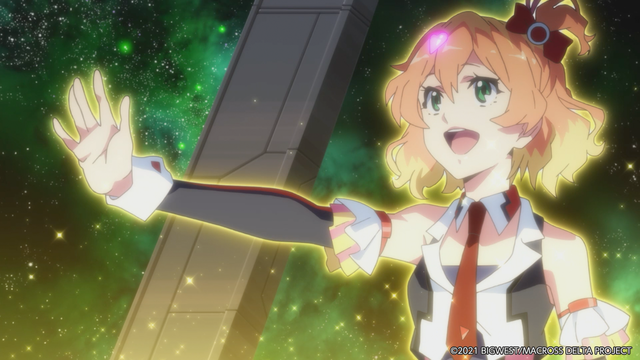 From “Macross Delta The Movie: Absolute LIVE !!!!!!” released in 2021 as a completely new work of “Macross Delta”, a special newsletter that adopted the new song “Walküre does not give up” of the tactical music unit “Walküre” is now on YouTube.

The special news of “Macross Delta Absolute LIVE !!!!!! Theatrical Version” was postponed in the summer of 2020, but the transfer performance was held with the idea of “I want to deliver the song without giving up“. It was unveiled on January 22nd, the final day of “Valkyrie LIVE TOUR2020 ~ Walküre will not give up ~”. What a way to announce the big news!

In the new cut from the video, you can see not only the new song “Valkyrie does not give up” by Walküre, but also the appearance of the new Valkyrie. Who wouldn’t want to watch this new song and Valkyrie again and again on “Macross ch”??

Set in 2067 AD, when the conflict between the Kingdom of Windermere on the outskirts of the galaxy and the new integrated government has subsided, Walküre will hold a ceasefire commemorative LIVE in Freyja’s hometown of Windermere….!! ”.
Additional information will be announced on the official Macross portal site, official Twitter account, and official YouTube channel.