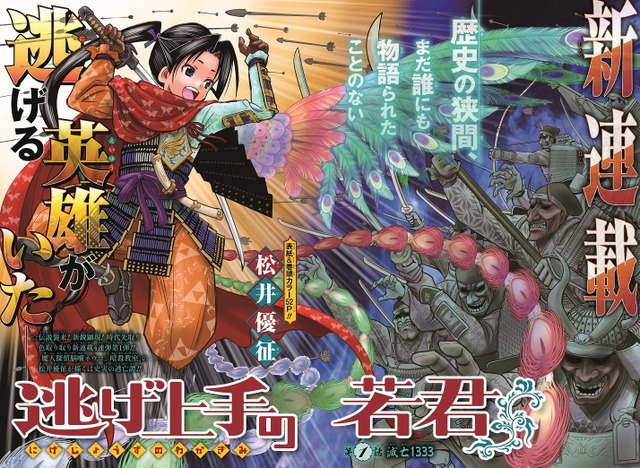 “Weekly Shonen Jump” released on January 25th, which is the first serialized work in about 5 years by Yusei Matsui, a manga artist known for “Majin Detective Brain Biting Neuro” and “Assassination Classroom”. The first episode is a large volume of 52 pages on the cover and intro color, depicting a new world view.

The latest work, “Waka-Gimi, a good escaper,” comes with a copy called “Historical Spectacle Escape Hero Story,” which depicts the hero who became a hero by escaping. Along with the start of the series, the cover page and the front color page of “Weekly Shonen Jump” No. 8 have been released.

In “Weekly Shonen Jump”, a new serialization has started for 4 consecutive weeks, starting with “Waka-Gimi, a good escaper”. The second is “Itelcy” by Kazusa Inaoka. The third is “Witch Watch” by Kenta Shinohara of “SKET DANCE” and “Astra Lost in Space”. The fourth installment will be serialized in “Kowloon’s Ball Parade” by Mikiyasu Kamada and Ashibi Fukui.