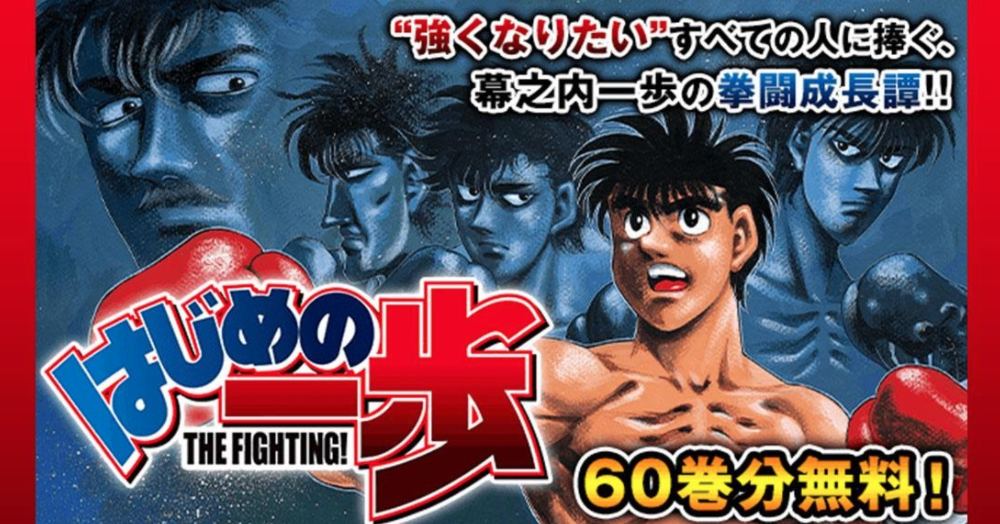 The 60-volume free release campaign for “Hajime no Ippo” comics, which had been carried out from the 1st on the manga app “Magapoke” (Kodansha), has been extended and free volume due to the government’s declaration of emergency due to the spread of the new coronavirus infection.

The campaign is for those who cannot meet their family and friends due to the influence of the new Corona, those who are ill and unable to leave the medical treatment destination, and those who are dying.

The words “I’m feeling better!” And “I don’t feel so lonely these days” have arrived to the editorial department of “Weekly Shonen Magazine” and Mr. Morikawa. In response to this, Mr. Morikawa himself offered to extend the free period of “Hajime no Ippo” (until February 7) with the feeling that “I want you to be more energetic!”

Mr. Morikawa commented, “I’m suffocating every day, but I’m being patient. How about a manga to accompany you staying home? I’ll extend the” first step ” of this. Then, they decided to release up to Volume 61 for free because they received many voices saying “I want to read the Takamura VS Eagle game to the end” from what had been released for free up to Volume 60.

This work is a popular boxing manga serialized in “Weekly Shonen Magazine” since 1989, and Ippo Makunouchi, a high school student who was bullied by a fist asking “How do you feel about being strong?” ・ Encounter with Mamoru Takamura, dynamite punch lurking in the fist of Ippo awakens. A story that depicts the challenge of finding the “strength” of one step that hit the gate of Kamogawa Gym, which is the same as Takamura, with a dream of becoming a professional boxer.