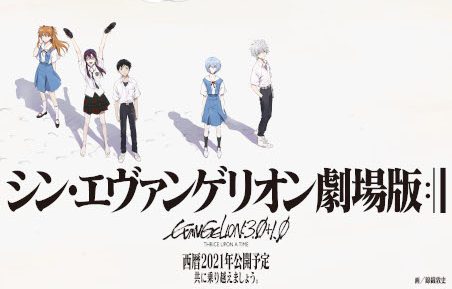 The TV SPOT 15 seconds of Hideaki Anno’s 4th “Shin Evangelion Theatrical Version” (scheduled to be released in 2021) has been released. You can also listen to the theme song “One Last Kiss” sung by Hikaru Utada along with the video.

It was scheduled to be released on the 23rd, but the release was postponed again in response to the declaration of emergency due to the new coronavirus. The work was postponed for the second time in June due to the spread of the new coronavirus infection in April last year, leading to this message right after the 15 second video of the film , “Under consideration of release date, let’s over come this together”. At this point, fans will just have to wait for the newly announced release date of the film.