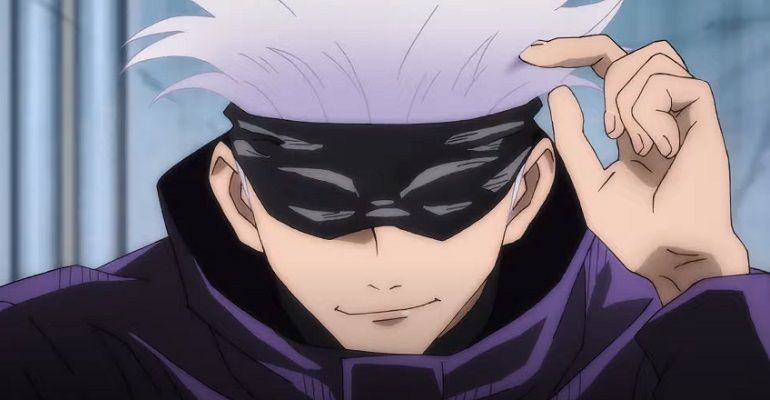 TBS Radio “TALK ABOUT” (every Saturday from 10:00) carries out “TALK ABOUT TEEN’S RANKING”, which creates rankings with teenage voices every week. This time, they’ve conducted [favorite anime/manga characters] [reasons] (1 vote per person) on the program LINE and released the survey results up to the 10th place. Seven “JUMP” characters were ranked in, showing the popularity of jump characters.

The character who ranked as No.1 was “Gojo Satoru” from the anime “Jujutsu Kaisen” serialized in “Weekly Shonen JUMP”. The reason Gojo shinned as 1st pick was due to his “Gap” drawing fans attentions making them say “Even though he’s always blindfolded, the moment he takes it off he becomes a lady killer since he’s so handsome!” which made a decent amount of girls fall in love with him. Needless to say, one of the facts why he’s also popular, is because he’s the strongest character in the story.

Second place is “Shinichi Kudo” of “Detective Conan”. Comments such as “The voice completely matches that character!”, “Everything he does is so cool and handsome!”, “His feelings for Ran is something special, he knows she’s a keeper!”, “From elementary to middle school, he was my hero!” has been given by fans.

In third place, “Levi” from “Attack on Titan” joins the list. With voices claiming “The fact that he’s strong and cool is great but his cleaning addiction spices up his character to a whole new level!”, “He keeps it cool even when encountering a friend’s death. This may look like he’s cold-hearted, but this really shows what true friendship is. And having him aside makes you feel safe.” shows that many fans love not only the gap of Levi but also his personality.

Nazuna
Did you find you favorite character on the list? I certainly found mine!!