Comic “D・N・ANGEL” Completed! Special Projects Such As The Makuhari Painting Exhibition Will Be Held To Celebrate It’s 24 Years Of History! 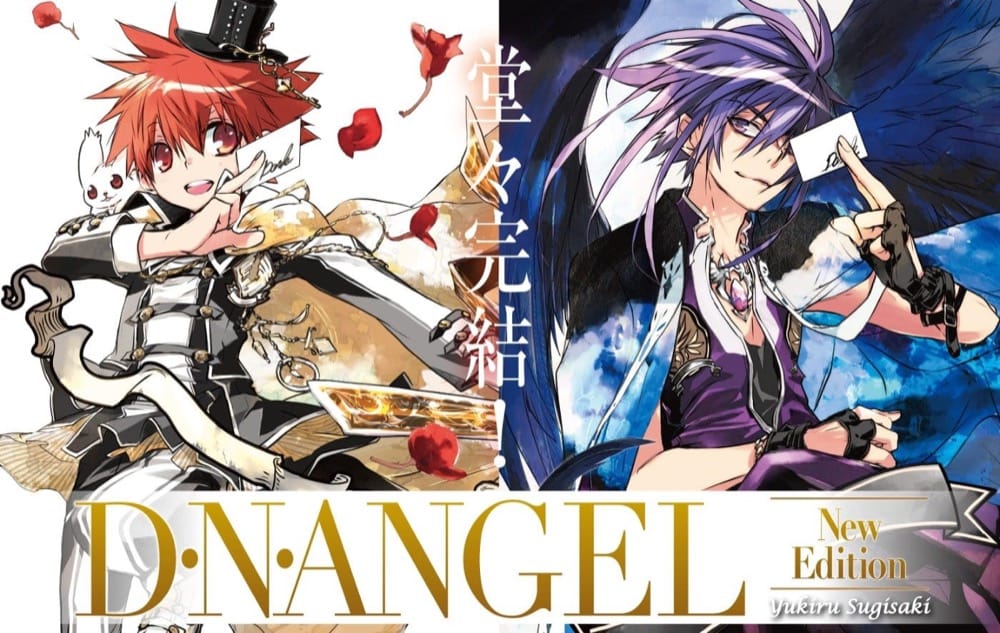 The manga “D ・ N ・ ANGEL” (author: Yukiru Sugisaki), which was also made into a TV animation, was completed in the March 2021 issue of the serialized magazine “Monthly ASUKA” (KADOKAWA) released on the 22nd. From the start of the serialization in 1997, the curtain has come to an end with a history of about 24 years, including a long suspension period.

This work is an action romantic comedy centered around Daisuke Niwa, who transforms into a “legendary giant thief” dark when he is strongly aware of his favorite girl. The total number of comics has exceeded 4.5 million, and in 2003, a TV animation was broadcast.

The serialization started in 1997, but due to a long-term suspension, when the serialization was resumed in May 2018 for the first time in about 7 years, comments such as “I’m happy!” “I was waiting!” “I wasn’t expecting to read the continuing story!” were said leading it to a hot topic on SNS.

In the final edition of the magazine, the cover is decorated with “Thank you! With 20 years’ worth of gratitude”, and as a special feature, an illustration commemorating the completion of the serialization by 18 serialization teams is posted.

In addition, to commemorate the completion of this time, the large-format A5 size luxury specification “D ・ N ANGEL New Edition” I & II with a newly drawn whole volume cover illustration, with a whole volume pinup, and color pages recorded as it is will be released from January. Two volumes will be published for five consecutive months.

Furthermore, it has been decided that the “D ・ N ・ ANGEL Exhibition-Yukiru Sugisaki’s D ・ N ・ A” original painting exhibition will be held at Marui City Yokohama (Kanagawa, Yokohama) around mid-May. The official visuals will be exhibited from the time of the 1997 manga serialization to the final episode, and the exhibition’s original goods will be sold.