Who should you choose among the five sisters in “The Quintessential Bride”? A look at their personalities and charms 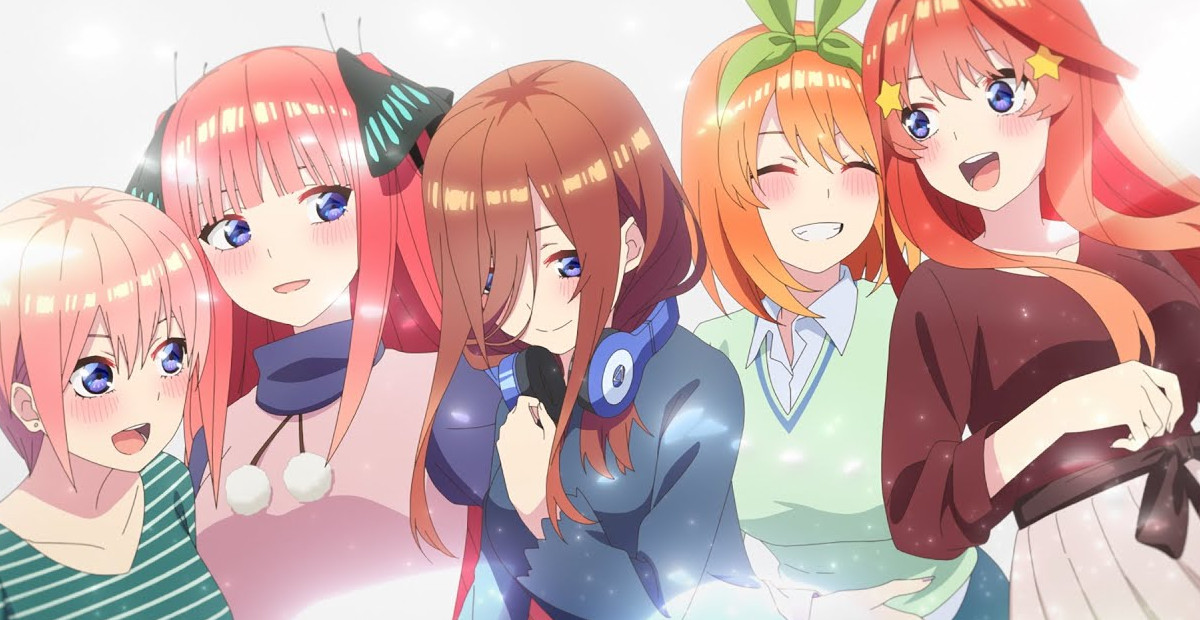 |The main character, Uesugi Futaro, becomes a tutor for his five sisters.

The protagonist of this story, Uesugi Futaro, is a high school sophomore with excellent grades. He is an extremely diligent student, but his family is in debt and living in poverty, and he has some personality problems. When he is eating a “Yakiniku set meal without Yakiniku” at the cafeteria as usual, a strange girl appears in front of him with a large amount of food. The two get into a mild argument over who gets the best seat, but the girl, Itsuki Nakano, finds out that Futaro is getting good grades and asks him to teach her how to study.

The girl, May Nakano, finds out about Furtaro’s good grades and asks him to teach her how to study. He tells her that she will get fat and leaves. Shortly after that, Kazutaro receives an offer to tutor the daughter of a wealthy man who moves into the school, at a salary five times the market rate. Fuutaro is suddenly motivated to take the job, but then he discovers that the new student is actually Nakano Itsuki, and he finds himself on the verge of despair. Despite his repeated attempts to make contact with Itsuki, his impression of Kazutaro is already at its worst.

On top of that, for some reason, he is always with his four friends and can’t even have a good conversation with them. Even though one of his friends calls him a stalker, Fudaro finally makes his way to Itsuki’s house. He stops her in front of her room, only to find her and four of her friends there. Kazutaro is confused by this unexpected turn of events, but Itsuki tells him the truth: “We are quintuplets. This is how Futaro became a tutor for the Nakano family’s quintuplets, who were on the verge of failing the class with the worst first impression.

|Each of the five unique sisters has a different charm.

The charm of “The Bride of the Five Equals” is above all the unique characters of the five sisters. In the story, there is an episode that says, “All of the sisters are on the verge of failing, but when you put all five together, they get a perfect score.

Itsuki, the youngest of the five, is the first to meet Fudaro, and has long hair and a star-patterned hairpin. She has a serious personality and is the only one of the sisters who is highly motivated to study, but she is not particularly good at it and her grades are sluggish. Her encounter with Fudaro was terrible, and after he pointed out her gluttony, she studied alone even when he came to her house as a tutor. Among the sisters, she has the image of a strong and sensible person, but she also exudes the atmosphere of the youngest child at key points.

Ichika, the eldest sister, is a lazy girl with an asymmetrical hairstyle and shiny earrings. Her room is dirty and she usually spends her time in a haphazard manner, but when the time comes, she leads her sisters as the eldest daughter. Also, Ichika is a fledgling actress, and her acting skills are very high.

The second daughter, Nino, is always in a tense mood. Her hair is tied up two-sided up with a black ribbon.

She is the most aggressive towards Kazataro and sometimes shows a hysterical side. On the other hand, she is the most sociable of the sisters and thinks a lot about them. She is also a self-confessed fondness for faces, and although she falls in love in the story, her partner is actually …….

The third daughter is Miku, who is the best student among the sisters and is good at Japanese history. She has a semi-long hairstyle that hides one eye, and she wears headphones all the time. He is particularly fond of the warlords of the Sengoku period in Japanese history, and when Fudaro comes to study about them, they quickly become close. Although she is cool and always calm, she is very honest about her feelings. She is not good at sports and is not a good cook, so she has an inferiority complex in many areas, but the sweet lines she delivers with her cool tone have great destructive power.

Finally, there is Yotsuba, the honest and energetic fourth daughter. Yotsuba, with her bob cut and ribbon, is the only character who cooperated with Futaro’s tutoring from the beginning. She is athletic enough to be asked to join the sports club, and is the youngest of the sisters. She is the youngest of the sisters, and is unfazed by the unpleasant Kazetaro, and supports him innocently. On the other hand, she lacks self-confidence and sometimes shows signs of being troubled.

Next to the tuxedo-clad Fudaro is a woman in a wedding dress. Normally, it would be obvious who married Futaro, but the heroine of this film is an identical quintuplet. This wedding scene appears frequently in the film. One of the real pleasures of this work is that each time you see the wedding scene, you can see who is close to Fudaro, and consider for yourself who you will choose in the end. The biggest mystery of the story is who Fuutaro will marry. Once you become curious about this mystery, you will not be able to take your eyes off the story.

The Quintessential Bride” depicts the high school life of Futaro, who meets the five sisters who are on the verge of failing. One of the key points of this work is that May and the others are a family and all of them care about their sisters. Although they sometimes become love rivals, the five sisters waver between their family ties and love. I hope that you will take a look at these sisters and their high school life.

Nazuna
It’s still a popular work even after the series ended! There are other articles I’ve written about “The Quintessential Bride”, so if you’re interested, please check them out!