What is the Anime Award-winning Keep Your Hands Off Eizouken!? 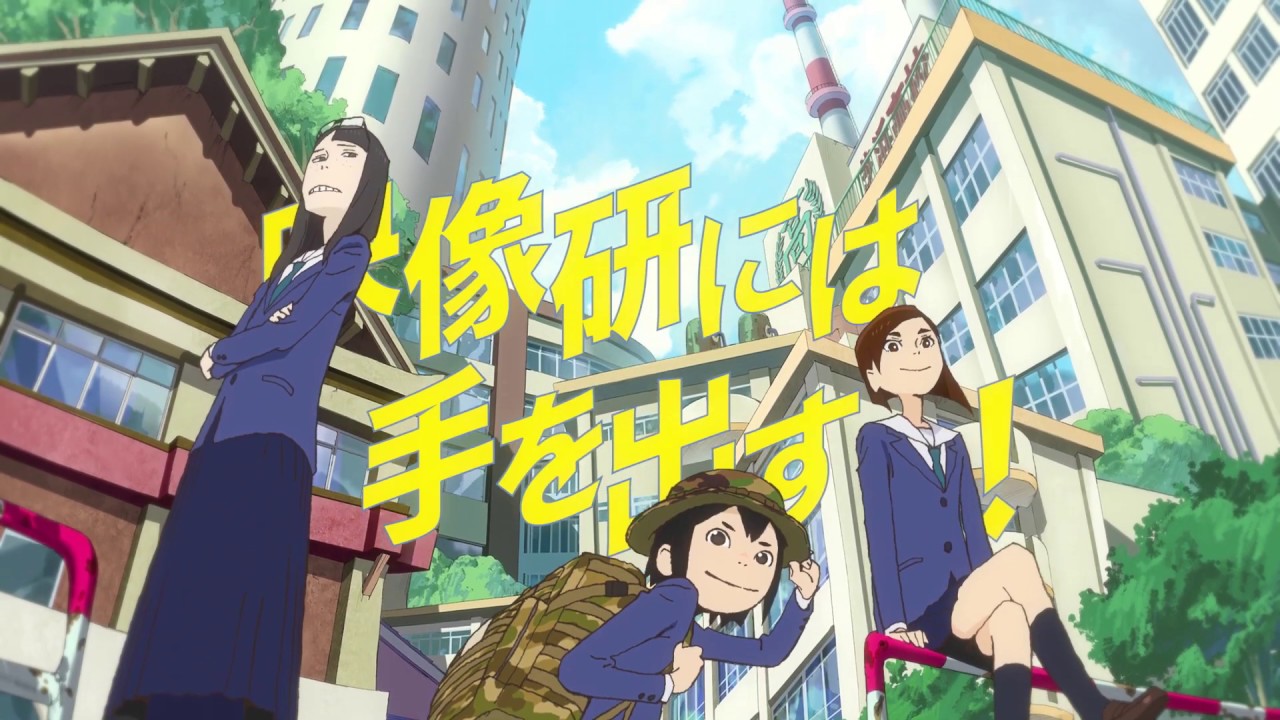 |Overview of Keep Your Hands Off Eizouken!

“Keep Your Hands Off Eizouken!(EIZOUKEN NIWA TE WO DASUNA is a manga by Sumi Hitomi Owarasu.

It was published in Monthly! Spirits” from the September 2016 issue.

|Synopsis of Keep Your Hands Off Eizouken!

When Asakusa entered high school, she dreamed of making animation.

Asakusa, who is shy by nature, invites his friend Mr. Kanamori to visit the Animation Lab. There, he met Mizusaki Tsubame, a famous reader model.

Mizusaki wanted to be an animator, but her parents were against her joining the Anime Lab. When Kanamori found out about this, he thought, “Can’t we make a fortune with Mizusaki? Kanamori finds out about this and proposes that they create their own club activities.

“The idea is that if you are not allowed to join a club, then you should create a new club activity. That’s the idea.

The three girls hit it off and decided to found the “Visual Image Research Club”. They set out to realize their idea of “the strongest world” in anime!

|The characters in Keep Your Hands Off Eizouken!

She is the director in charge of the settings at the Institute of Video lab.

She is very curious and loves to explore. He creates images to depict the “strongest world” he imagines through exploration.

She is not good at socializing and often “sucks” on a stuffed rabbit when she feels anxious.

She is the manager of the Institute of Video lab.

She is a skilled producer who manages the schedule and budget, obtains funding, promotes the work, and negotiates with the student council.

She is an animator at the Institute of Video lab who also works as a reader model.

Her parents, who are in the acting business, expect her to become an actor, but she strongly aspires to be an animator.

She has a keen interest in the details of animation movement and is uncompromising in her approach.

He is in charge of sound for the Video lab.

As the only member of the sound club, Hyakumeki helps out with the production of sound effects for the animation in exchange for the rental of a part of the VIMS club room.

He is a sound enthusiast who collects sounds on a daily basis.

Student council officers. Bookkeeper. She is always complaining about the activities of theVideo lab

■Other members of the student council

Here are some quotes from the three members of Video Lab! I chose these lines because they represent their personalities.

There are many more quotes from her than this one, but I think this line is the one that expresses her charm in a nutshell.

Miss Asakusa draws inspiration from play in creating her works. In order to come up with the “strongest world” for herself, she never misses playing.

“If you don’t know anyone, you’re not going to get any customers.”

Even if you make a good product, if you don’t advertise it, you can’t do business. This is a statement that only Miss. Kanamori, an astute businessman, can make.

“I have to tell the people who are moved by every movement that I am here.”

|Works produced in the video lab

This work was presented at a presentation for the budget deliberation committee, which makes budget applications for club activities. It depicted a battle between a girl wearing a gas mask and a tank.

It succeeded in keeping the previously noisy audience glued to their seats.

This is a film that the girls were asked to show at the school festival by the robotics club.
It depicts the battle between a giant Teppo crab and the robot SHIBA8.
The official name is unknown, but Ms. Mizusaki calls it “Robots vs. Monsters (tentative).

This work was submitted to the independent production and sales event “COMET-A”, and depicts a city attacked by UFOs. Ms. Asakusa realized the importance of direction when Mr.DOUMEKI joined as a sound designer in this work.

“Eldorado” means “Golden Land” in Japanese. The story is about the conflict between the city culture and the village culture, and the hero and tanuki are torn between the two. In the previous titles, only the battle scenes were shown, but this time, we are challenging the story.

|The charm of “Don’t touch the video lab”

■It immerses the reader in a fantasy world!

The members of the Institute for Visual and Performing Arts go on adventures to create what they consider to be the “strongest world” in video.

This work will remind you of the excitement of fantasizing.

■They are passionate about their creativity!

The author, Sumito Oohara, made her debut with this work, and was scouted by an editor at Shogakukan after exhibiting her manga at COMITIA (a doujinshi trade show). serialization started in 2016. (Reference)

The anime version was broadcasted on NHK General TV from January to March 2020. The director is Masaaki Yuasa, who also directed the movie “The Night is Short and Walk Away. The voice of Mr. Asakusa is played by actress Sari Ito.

Nazuna
This work won an anime award. Have you seen it yet? I’ve seen them all. In Japan, when it was made into a movie, it was advertised on many wide shows.