What was on JUJUTSU KAISEN AJ2021? and About the movie 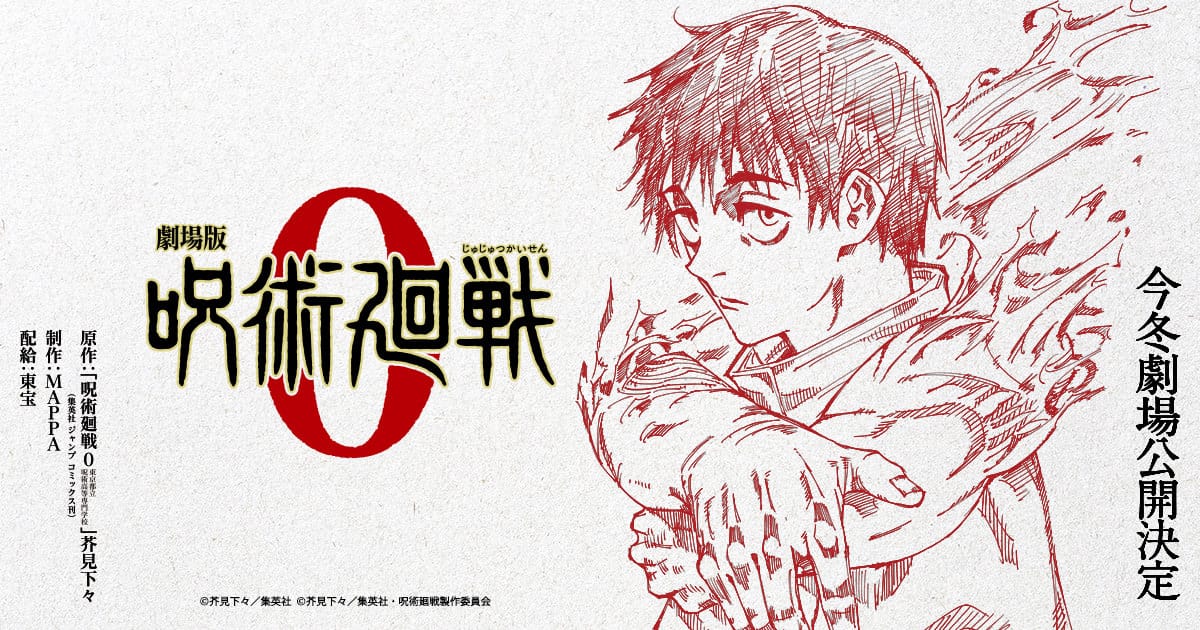 First, in a corner called “This is the moment I got my black flash! in which the cast members looked back on scenes from all 24 episodes of the TV series that they wanted the audience to see.

Seto selected the fight between Maki and Miwa from the 17th episode of the anime, “Kyoto Sister Schools Exchange Meeting – Team Competition 3”, where they showed their overwhelming strength. He said, “This episode 17 left too strong an impression on me. It’s no exaggeration to say that I fell in love with Maki here. I was also overwhelmed by the powerful images that even made me feel the wind pressure,” he said, referring to the quality of the images that depicted the depth and atmosphere of the film.

Uchida selected the scene of Fushikuro’s domain development from the 23rd episode “Kishu Raido-2-“. He felt that it was a tremendous image, including Fushikuro’s fight against a special class spell spirit with a smile on his face and the action scene drawn like an ink painting in an incomplete realm development. This scene was recorded by Uchida almost alone, and he recalled that it overlapped with Fushikuro’s feelings of liberating himself.

Nakamura selected a scene from episode 13 “See You Tomorrow”, the climax of the first school year, where Torajan and Nanami are engaged in a fierce battle to exorcise Masato. When they talked about the scene of Masato’s realm development at that time, they expressed their concern about the way the characters, including Torache and Masato, clashed with each other to fight with all their might.

Enoki, referring to the scene where Torajan unleashes the black flash from episode 19, “Black Flash,” said, “I’m impressed by the director and MAPPA’s attitude of taking on the challenge of a new expression that is different from the original work and is further interpreted from a different angle. He also reflected on the visual expression of the black flash scene that was also released in the final episode, and the detailed breathing that was directed during the recording, and concluded by saying that he hoped the audience would enjoy the video over and over again.

The recently announced “Jujutsu Kaisen the Movie 0” was also shown, and the cast gave a big round of applause to the highly anticipated video. The visuals drawn by the original author, Akutami Gege, were also introduced, and they talked about Yuuta Otokotsu, who appears in the comic volume 0. In this video, the voices of Nakamura and Takahiro Sakurai, who plays the role of Suguru Natsuyu, were also recorded, and it was revealed that the voices were recorded after many careful takes and discussions with various expressions.

At the end of the event, each of the cast members gave a message to the audience, and Enoki gave the following message including his expectations for the future.
Enoki said, “The original story is still continuing, and I’m looking forward to the release of “Jujutsu Kaisen 0”, but the TV anime ended at an interesting point, so I hope we can continue the story. Please continue to support us.

The TV anime “Jujutsu Kaisen” is now available on various distribution sites. The film version “Jujutsu Kaisen 0” will be released in theaters this winter.

Nazuna
The final episode of the first season of the Jujutsu Kaisen anime, the drawing direction is too god awful. And it’s going to be a movie in winter! I guess the second season will be after the movie. Ah, I’m looking forward to it! First of all, thank you MAPPA for your hard work! It was great!