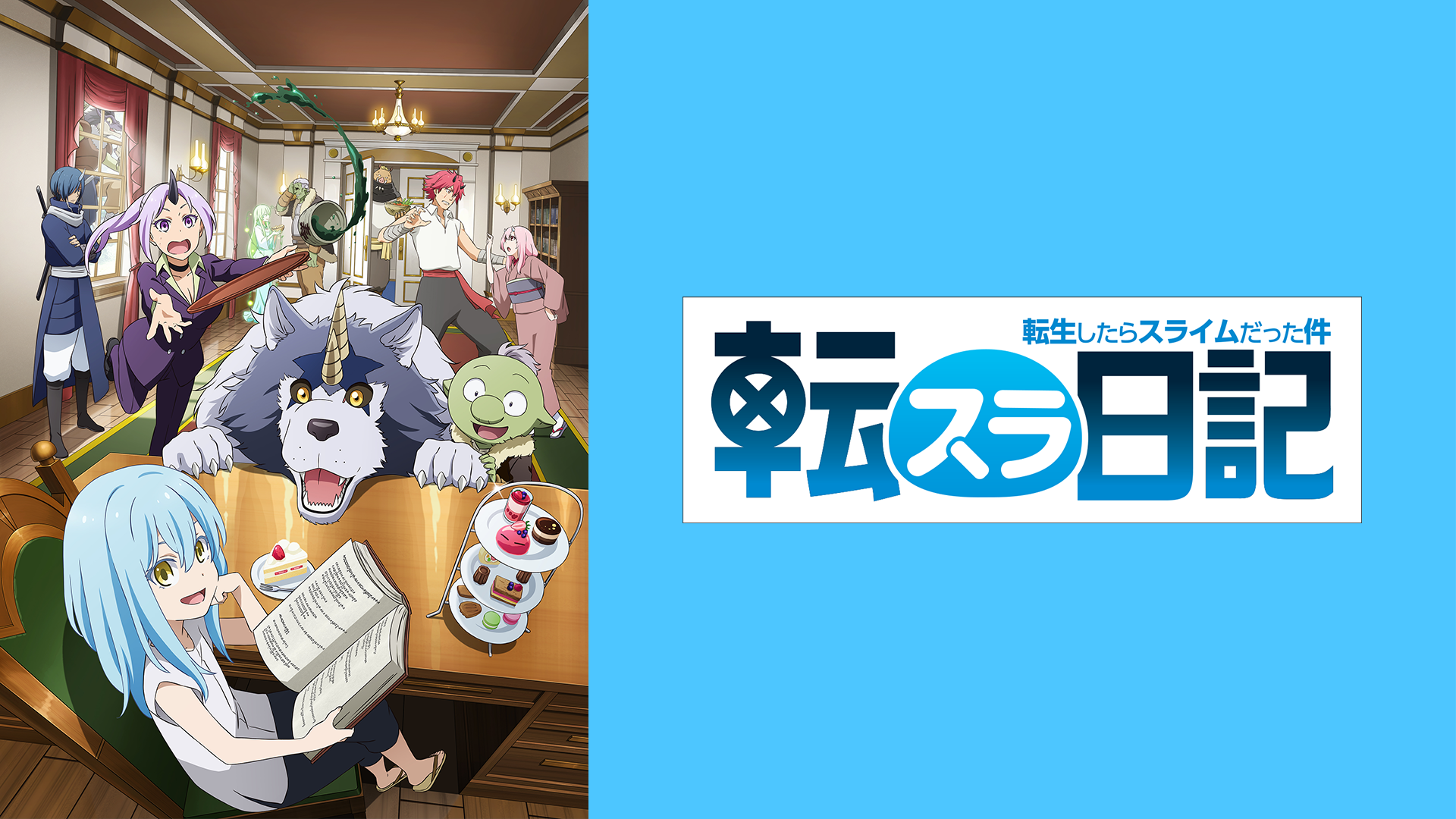 The second part of “Reincarnation: The Case of the Slime” will be broadcasted and distributed from July 2021. The third key visual has been released.

Also, a PV showing a bit of the first episode of “Tensura Nikki”, which will start airing sequentially from April 6th, has been released.

In addition, comments from the original authors and Yuji Ikuhara, the director of “Tensura Nikki”, have arrived for the start of the broadcast, so let’s take a look at them as well.

The Jura Tempest Federation, a country founded by the protagonist Rimuru and the many demons who have come to adore him, is in the process of forming a gentle ideal of “a country where humans and demons can walk together” through agreements and trade with neighboring countries.

At the root of Rimuru is his “fondness for humans” due to the fact that he was a human slime. ……

However, in this world, there is a clear “hostility towards demons”.

When confronted with this unreasonable reality, Rimuru makes a choice. What does he not want to lose?

Please note that the broadcast date and time are subject to change without notice.

Ahead of the broadcast of “Tensura Nikki”, which will begin on April 6th, we’ve released a “little PV” that shows off a little bit of the main footage from the first episode!

Also, we have received comments from the original author, Fushise, the original manga author, Shiba, and the director, Yuji Ikuhara!

■Comment by Mr. Fuse (based on the novel “Reincarnation: The Case of the Slime”)

I myself was really looking forward to seeing the anime adaptation of the Tenso Diary. I actually watched the first episode of Shirobako, and my impressions are that it was wonderfully done!

I was relieved to see that the timing of the episode changes, which I was worried about, was well paced and easy to understand.

I was relieved to see that the timing of the episode changes was well paced and easy to understand.

I hope you enjoy this version of “Tensura”, which has a different flavor from the main story!

■Comment by Dr. Shiba (Manga “Tensura Nikki: Reincarnation and the Slime That Was”)

The anime “Tensura Nikki” is about to be aired.

In the four-frame manga I draw, many things are stripped away, simplified and expressed in four pictures, but in the anime, the spaces between the frames are filled, the characters move vividly, colors are added, voices are spoken, and background music and a nice song are added.

When I saw the finished product, which had been fleshed out by many people’s hands, even though the original was the same, it became much more enjoyable and worth seeing, and I myself made new discoveries, such as “I didn’t know this interpretation was possible,” “I didn’t know that’s what this was about,” and “Gabil’s song…”.

The “Tensura Diary” is a daily life of Rimuru and his friends that took place during the story of “The Case of the Slime Who Was Reborn”.

What would your life be like if you lived with the characters from “Reincarnation: The Case of the Slime”?

What would your life be like if you lived with the characters of “Reincarnation and the Slime”? With the aim of creating such a work, I was entrusted with the works of Fushise and Shiba-sensei.

In the world of Tensura, we laugh, we are surprised, and sometimes we are moved. I hope you enjoy these days of theirs with the lightness that only a spin-off can provide.

DVD will be released at the same time!

The popular four-frame spin-off comic “Tensura Diary,” which has sold over 500,000 copies, is the first TV anime in the Tensura spin-off series!

A “slime life” reincarnation entertainment that abundantly depicts the daily lives of the mischievous and humorous Rimuru and his Tempest friends!

The TV anime “Reincarnated and Found a Slime” is an entertainment about a protagonist who is reincarnated as a slime in a different world, and uses his acquired skills, wisdom, and courage to increase his friends.

The original comic “Tenseishita Tara Slime Daitatta” (serialized in Kodansha’s “Monthly Shonen Sirius” / manga: Yasuki Kawakami, original story: Fushise, original character design: Mitsuba) is a comicalization of the popular novel of the same title by Fushise, which has surpassed 700 million PV (page views) on the novel submission site “Shosetsuka ni Narou”. The total number of copies sold of the series, including comics, novels, and spin-offs, has exceeded 24 million copies (as of February 2021).

Nazuna
The patterns in the Tenzura diary are very cute and soothing. It’s also available on Netflix, so it’s easy to watch.