[Tokyo Revengers] What is Draken’s cool charm? An in-depth explanation of his strength, famous quotes and romantic relationship with Emma. 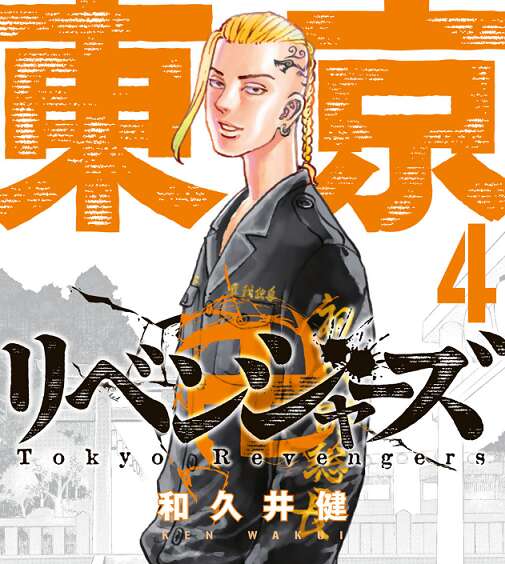 The manly man of the Tokyo Manji Revengers is Ken Ryuguji, a.k.a. Draken, who is the vice president of the Tokyo Manji Kaikai.
Draken’s air is so full of drama that it’s hard to believe he’s a junior high school student.
His strength in fights and cool personality makes him a famous writer, and his popularity is countless.
Of course, the attractive Draken cannot be left alone by the women, and he has established a romantic relationship with Emma Sano.

So this time, I’m going to thoroughly explain the cool charm of Draken in Tokyo Manji Revengers!
I want to go into detail about his fighting prowess, his famous quotes, and even his romantic relationship with Emma!

|Who is Draken (Ryuguji Ken) of Tokyo Revengers? Here is his profile!

Mikey, the president of Tokyo Manjikai, has placed his trust in Draken.

His trademark is his nevus, which is high in height, with a gold nod, and a black tattoo.
His naves are also very handsome and cool!
Despite his strong appearance, he is a man of common sense, with a strong core and a strong sense of humanity despite being a member of a running gang.

There are so many cool things about Drakken, but I’d like to introduce five of the most attractive ones.

Draken is a third-year junior high school student who is able to make calm decisions, and he is an important part of supporting Tokyo Manjikukai.
Although the people around him are full of furious.
When Parchin’s best friend, the first captain of the Tokyo Manjikai, was lynched by Mobius, he went to visit the victim’s family and even though he didn’t use it, he bowed down to them.
He bowed to the victim’s family even though he was not responsible for the incident.
Draken is the only one who will listen to Takemichi’s opinions when he tries to stop the Aibis-Aichou conflict.
Draken’s enthusiasm for people remains unchanged even after Per-chin’s arrest.
Even though he was unable to visit the seminar, he and his parents visited the reformatory and watched the proceedings from outside.
He has a cool personality with calm judgment and passion in his heart, which makes him the perfect person to support Mikey, the president.
Draken plays the role of Mikey’s “nucleus”.

Draken’s coolness can only shine through the Tokyo Manjikai.

■Draken’s tattoo is so cool! the connection between santuya and zephyr

Drakken’s trademark is his head tattoo, but he also has a star on his head.
It was originally spray-painted on the wall when one of the kids ran away from home.
Draken happened to be in the area and gave him a plate of corned beef in exchange for his empty stomach.
Draken sees through their misconceptions and tells them to go home, that they are not fit for the job.
When Draken tells him to go home, he is determined to become a family oriented policeman and gets a tattoo of a monkey on his head, which happens to be Draken’s.
Draken, however, has forgotten about the tattoo.
Drakken’s, since he traded with Karubi Don.
She will have to grow her hair back, but the two will be together as the Twin Princesses of the East Swastika.

Drakken has a unique fashion sense among the members of the Higashi Manji.
Of particular interest to us is Draken’s personal clothing!
He wears a cardigan with an Ortega pattern, which is famous for its civilian patterns.
It is a design that can be worn by both men and women, so you can actually feel the spirit of Draken in your hands when you wear it!

Draken’s favorite bike is the Kawasaki Zephyr 400, which debuted in 1988.
Since its release in the heyday of motorcycles, it has become a classic Kawasaki model.
It is not known how it was acquired, but since it is said in the story that the only way for junior high school students like Draken to ride a high class car is to have it given to them by an older student or to steal it, it is very likely that someone gave it to them.
However, since he and Mikey completed Takemichi’s single car by gathering parts together, he may have picked up his own bike.
His dexterity is one of Draken’s cool charms.

■The gap is cute.

The cool Draken seems like he has nothing to be afraid of, but in reality, he is afraid of the cute gap between his eyes and the shampoo.
He is a junior high school student, but he wears a shampoo hat like a little kid.
Draken is always ready to take on stronger opponents than himself, but he is so scared that he can’t leave his shampoo hat as trash even when he goes to the public bath with his friends.
I hope he never overcomes it.
If possible, I hope he never overcomes it and keeps the cute Draken.

|Draken is foul-mouthed and cool as hell in a fight!

On August 3rd, 2005, at the Musashi Festival, the fight between Mobius and Tokyo Manjikai broke out.
This 8.3 fight was just the beginning, and behind the scenes, Payan and Kiyomasa were making plans to attack Draken.
Peyan was the first one to attack Draken.
The first to attack Draken was Peyan, who teamed up with Aimi to hunt Draken, resulting in a 50/50 brawl, but Draken was able to defeat 20 of them by himself.

Later, Kiyomasa took advantage of the huge brawl and stabbed Draken, who had wounds everywhere.
For a while, Draken was in a critical condition, unable to perform a single operation, but Takemichi quickly realized that he had been stabbed, and despite the difficulties he faced, he was able to get him into an ambulance, where he underwent a successful operation and survived.

Draken made a defensive move and blew away Hanma.
Hanma’s defenses are strong enough to block Mikey’s powerful kick.
Draken’s power can be said to be foul mood.

■Defeat the 100 elites in the Christmas battle

The feud between the Black Dragon’s brother and the second-in-command of Tokyo Manjikai led to the Christmas battle on December 25th, 2005.
Draken, who came to help, defeated 100 of the Black Dragon’s elite by himself in Volume 12, Episode 106.

I don’t think it’s just my imagination that Draken’s strength seems to be increasing with each volume.
Draken is definitely improving as a man, and that’s just too cool!

|Why does Draken look like a big man with an epic past?

So far, I’ve shown you all the cool charms of Draken, but every cool guy has his shadow.

Draken is not an exception, and he has a fierce past.

■Draken without his parents.
Draken was born in Shibuya, Tokyo. His mother, who were both sex workers, left when Draken was two years old.
Draken never knew his father.
Draken, who has no parents, lives in a fashion health club as a home and is raised by the workers.
Draken is happy to live where he does.
He believes that being exposed to the world of adults since he was a child has given him a calm personality and a very human appearance.

|Are Draken and Emma dating? A compatible romantic relationship

I’ve already told you about Draken’s cool charm, but of course the women won’t leave him alone.
There is a woman named Emma Sano who has feelings for Draken in her works.
To tell you the truth, Emma Sano is the half-sister of Mikey, the president of Tokyo Manjikai.
She wants to make Draken jealous, so she plays along with Takemichi, but it’s cute to see her play dumb.

Emma and Draken are such good friends!
On Emma’s birthday, Draken gives her a stuffed bear as a present, and even though they have a hint of each other, the fact that they are not together is frustrating and heartbreaking!

|Emma is dead! Is there any chance she could come back to life?

He can only go back 12 years from the present, so it will be difficult for him to save Emma who lost her life in the past.
I don’t think there is any possibility of Emma Sano coming back to life.

|Draken’s famous lunch and famous lines are manly and cool.

Draken has a lot of profanity and famous lines.
I’ve picked up a few of them to give you a glimpse of the manly coolness of Draken’s famous functions and lines.

-There is no need to apologize. You don’t need to have a head to lower, but you do need to have the “aggression” to think of others.

It is one of the most famous lines in Draken’s language.
When he comes to visit those whose families have been lynched by Aimi, he bows his head, saying that what happens in the world of delinquents should be left to the delinquents.
Draken makes Mikey bow his head too and tells him that he should not cause any harm to people.
Draken’s respect for the “One” line is very impressive.

–Because he’s gone off the rails.

Draken knocks out a high school student with a weapon with a single brilliant blow.
The way he attacked his parents and girlfriend in a cowardly manner is a piece of shit.
It’s like a model of a legitimate yankee, very cool!

Draken, who doesn’t want to trample on the stolen engine, and Mikey, who wants to help his friend, have an uncompromising fight.
They have a huge fight that almost causes an internal split in the Tokyo Manji, but they make up with Takemichi’s mediation.

But they make up with Takemichi’s mediation, and after letting it slide, they don’t dare to say why they fought.
The fact that he doesn’t dare to talk about the reason for the fight after flushing it down the drain is numbing!

-Just remember, you always had Emma.

Twelve years later, Draken opens a time capsule and reads a letter from his past self to his future self.
When he writes the letter, Emma has just died.
The letter ends with Draken’s regrets about the dissolution of Tokyo Manjikai, to which he had devoted everything, and the crossroads he had reached in his life.

This is a heartbreaking line because Emma will never come back to life.