Why the Scarlet Series is a Must-See in Detective Conan 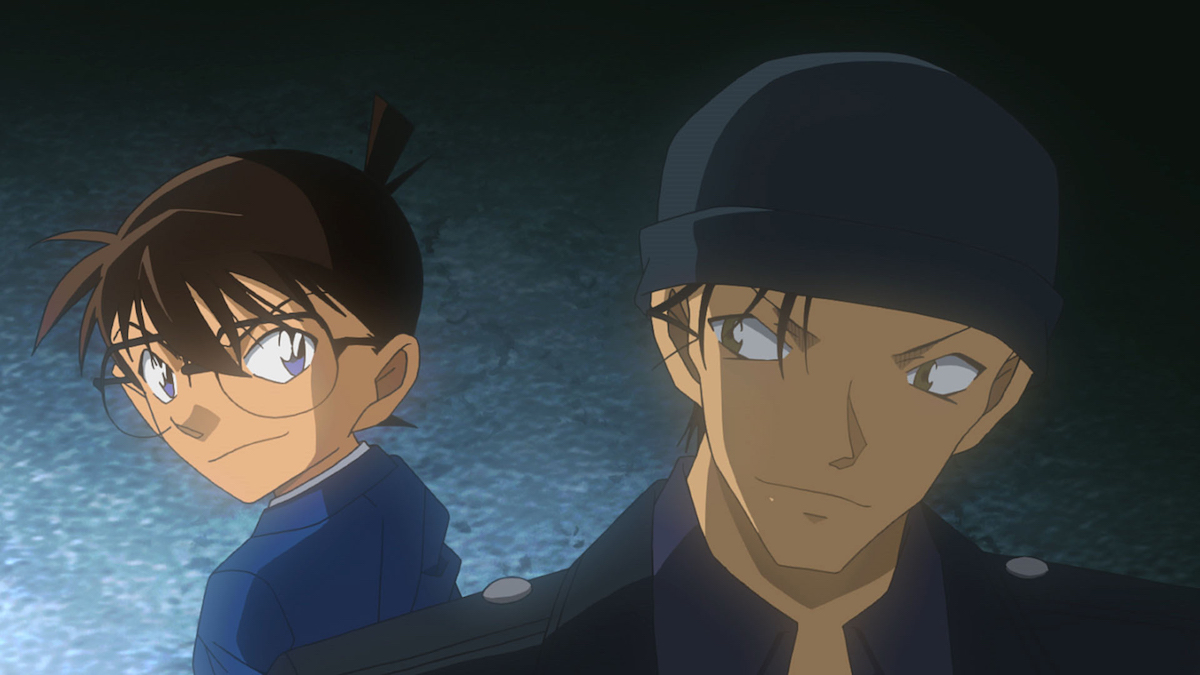 Detective Conan: Proof of Scarlet’s Absence”, a compilation of the TV anime “Detective Conan” (Nippon Television Network Corporation), is now in theaters for a limited time. It was originally scheduled to run for three weeks from February 11 to March 4, but due to the enthusiastic support of the fans, it was announced that the screening period would be extended.

This film features the “Akai Family,” which holds the key to the story of “Detective Conan: Scarlet Letter,” scheduled to be released on April 16. The characters and relationships of the mysterious family are depicted.

The most noteworthy episode is the climax of the “Scarlet” series. It is one of the most popular episodes in the original story, and depicts Shuichi Akai’s “return” from the mountain pass where he was thought to have died. You will not be able to take your eyes off the story as it unfolds with many reversals of the situation due to the recovery of foreshadowing after recovery and the tactics created by the interplay of unparalleled brains. In this article, I would like to discuss the fascinating character of Shuichi Akai and the highlights of the “Scarlet” series.

This article contains spoilers related to the story.

|Who is Shuichi Akai?

Detective Conan” (written by Gosho Aoyama, serialized in Shogakukan’s “Weekly Shonen Sunday”), which is about to reach the 100th volume mark, is gaining further momentum as the true identity of “that person” is finally revealed.

In this work, which features many fascinating characters, Shuichi Akai, along with the main character, Shinichi Kudo, aka Conan Edogawa, is the one who is said to be the “Silver Bullet” that can destroy the Black Organization. In addition, his title as an FBI agent and a highly skilled sniper who was working undercover for the Black Organization also makes him stand out with his high specs, and he can be called a “cheat character. He boasts outstanding deductive skills, is an expert in Jeet Kune Do close combat, and is capable of sniping accurately at a distance of 700 yards (640.08m). …… The list of Akai’s extraordinary qualities is endless.

However, it is not only his superhuman character that has attracted many fans to Shuichi Akai. Rather, it is the gap between his portrayal of perfection and omnipotence that has endeared him to many. The more the story progresses and the more we delve into the character, the more we see a new side of him.

On Valentine’s Day this year, a hashtag “#I like this part of Akai-san” appeared on the official Twitter account of Detective Conan the Movie. The plan was to ask fans to tweet their favorite parts of Shuichi Akai with the hashtag. On the day of the event, there were many tweets, and the hashtag successfully entered the trend. Some of the tweets included quotes from the book. We would like to introduce them in this article to convey the appeal of Shuichi Akai.

This is Akai’s parting words to his FBI colleague and girlfriend, Jody Sterling, as he goes undercover with Akemi Miyano, a member of the organization. When Jody says that her relationship with Akemi is for the sake of the investigation and that they don’t have to break up, Akai doesn’t shake her head.

“Don’t get so caught up in the moment that you misjudge who you’re hunting.
“You’re one of the men I don’t want to make enemies with…
(Gosho Aoyama, Detective Conan 85, Shogakukan 2014, 62p)

This is the line that Akai says over the phone at the climax of the “Scarlet” series. It is the charm of Shuichi Akai that he can say such a phrase with such aplomb. His partner, Amuro Tohru, who I will talk about later, is a man who, along with Akai, has a strong following among the fans. There is a continuation of this line, which gives us a glimpse of the uncanny relationship between the two. Please come to the theater to hear it.

|The biggest mystery in Conan’s history, “The Truth about the Kuribatake Pass,” is revealed in the “Scarlet” series.

One of the biggest mysteries of Detective Conan is the whole “Scarlet” series. What really happened to Shuichi Akai, who was supposedly erased by the black-robed organization? The truth behind the mystery, which has been kept hidden for about seven years, is revealed in the five stories included in the original 84th and 85th volumes of the comic.

Until Akai, who was supposed to have been shot and burned to death in volume 59, “returned” in the “Scarlet” series, a new key person had appeared in the story. He is Toru Amuro, a young man who apprenticed himself to Kogoro Mori. Amuro is also a member of the Black Organization, Bourbon, and the ace of the Public Safety Police, Zero, also known as Rei Furuya.

The battle between the FBI agents and the public safety police “Zero”, as well as the fate of the Black Organization when he was undercover, are also involved, making this story a must for readers who enjoy spy and police stories. Conan is also deeply involved in the truth behind Shuichi Akai’s death. The “accomplice” relationship between Akai and Conan must have fascinated many fans.

In addition, “Detective Conan: Proof of Scarlet’s Absence” features the “Akai Family,” led by Shuichi Akai, all of whom have their own problems. The youngest sister of the family is a high school detective named Jun Sera, Akai’s younger brother Hideyoshi Haneda is a professional Go player who has won seven championships. Her mother, Mary, is an MI6 agent who has now taken the form of a girl and calls herself “Sister Outside the Realm. …… It will be interesting to see how the relationship between the Akai family, which has been revealed in fragments until now, is unraveled in “Proof of Scarlet’s Absence”.

In addition, Conan’s narration has been newly recorded for the theatrical release, and the soundtrack has been newly edited. In addition to the new video “Secret Message from Shuichi Akai”, the latest trailer for the film version of “Detective Conan: The Scarlet Bullet” will be shown as a video bonus. In order to enjoy “The Scarlet Bullet” 1000%, please come to the theater.

Nazuna
Due to the coronavirus, movie theaters were closed and some people may not have been able to see the movie yet. It’s definitely a film you should see. Akai-san is very popular, but I think I prefer Heiji Hattori.