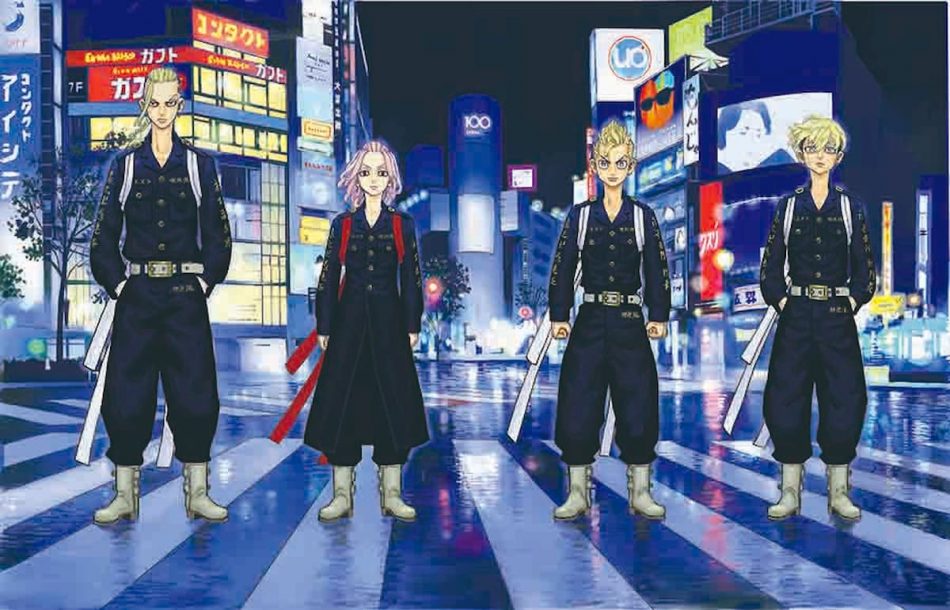 The sci-fi Yankee manga “Tokyo Revengers” has been very popular and has been made into an anime and live-action movie.
Tokyo Manji Revengers”.
The main character, Hanagaki Takemichi, who used to be a delinquent, becomes aware of his ability to do a time leap back to his middle school days.
He becomes a member of a motorcycle gang to change the fate of his former love, who was murdered.
This is the story of a man who becomes a biker gang member to change the fate of his former love, who is murdered.
Because he is a delinquent, his clumsy and straightforward language sticks with the readers.
In this issue, we introduce 10 of the most memorable functions.

■If I don’t change, nothing can change (Hanagaki Hanamichi)

This is the line when Budo from the future is going to face his superior opponent, despite being beaten up.
In order to save the love of his life, he must not turn away from what he wants to escape.
The language that Budou uses to describe his determination to go under the path resonates in the heart.
We all get scared when we try something new.
But if you want to change yourself, you have to take one step forward.
This line will encourage you at that time.

■You’re not cool! But… don’t think you’re the only one who looks bad.
No! I’m even dorkier.(Hanagaki Hanamichi)

This is the language that he uses to talk to his friends, but it is also a language of anger towards himself.
The fantastic thing about Budo here is that he understands and acknowledges the wrong side of himself.
It is not easy to recognize our weaknesses.
It is not easy for anyone to expose their weaknesses.
I could see how Budo was growing forward, and I could sense his qualities as a leader.
There is growth when you recognize your weaknesses!

This is the line that Budo, who is fighting despite being beaten up, launches into his partner.
Many people were moved by the profound language that showed his determination not to run away because he knew the future.
Many people may have been moved by this language that shows the determination not to run away because he knows the future.
The courage to go to the next door with one fist against any strong opponent is something many of us must learn from.

■This expectation may cause you to suffer. （Shiba Yuzuha）

She is the sister of the boss of the enemy team, and she doesn’t get much to do, but this line left a deep impression on me.
It is hard to have no expectations at all, but excessive expectations can crush a person.
This language can be applied to various situations such as work, club activities, raising children, and studying.
Sometimes we unknowingly turn kindness into pressure.
It made me think about the difficulty of human relations.

■The most important thing is not to win a fight, but to not let yourself be defeated. (Manjiro Sano)

This is a line from Sano Manjiro, a.k.a. Mikey, the founder of Tokyo Manjikaiand, the president due to his charisma.
Mikey, the Tokyo Manjikai founder and the president, due to his charisma.
This language has a lot of weight because it is spoken by Mikey, who has been the strongest fighter since he was a child.
Those who are truly strong will never let themselves be defeated.
Mikey recognizes the martial arts that go along with him even when he is weak as “really strong.”
This is a scene where you can see that he is not just a typical delinquent but has a big heart.
This is the first time I’ve ever seen this kind of thing.

This is Mikey’s line to the enemy.
Mikey is entirely ruthless for his enemies, but he is kinder to his friends than anyone else.
This line probably comes from that personality.
This is the language that Mikey, the strongest Mikey, admits to himself and others, can say with such confidence.
This kind of confidence will cheer you up in any situation.

■You knew you were going to lose, and you came to save us. You’re 100 times better than the winners.（Tachibana Hinata）

This is the line that Takemichi’s ex-lover, Hinata Tachibana, functions as Takemichi.
The words of Takemichi, who understands Budo’s greatness to fight hard for what he wants to protect even though he knows he will lose, encouraged many people.
The function has encouraged many people.
There will come a day when someone will see your hard work, and you will be rewarded.
Let’s work hard until the days for us appear, even if we don’t have any buds at the moment!

This is one of the lines from Takashi Mitsuya, one of the founding members of the Tokyo Manji-kai and the leader of the 2nd Squad.
He is an odd one, a delinquent who is also the head of the Handicraft Club.
You can see that he believes in not letting people get away with things that don’t make sense.
The core of her character is to use it to protect others, and that’s something I have to learn from.
This is something we all need to learn, especially as Japanese.

■There are plenty of guys who are good at fighting. However, there are not many people like you who can challenge any person for something that is non-negotiable.

This is the line that Draken (Ryuguji Ken), one of the founding members of the East Manji and also the vice president, said to Takemichi.
He is the one who understands Mikey the most and has proven his fighting ability.
He recognizes Takemichi’s strength when he sees him going to face Mikey and the others who he knows are stronger than him.
Of course Takemichi is amazing, but Draken is also cool because he can honestly say “You are strong” to Takemichi who is much weaker than him.
He can be selfless for something very important.
I’m sure many people envy such people.

Draken and Mikey saw it when their best friend was hospitalized after being beaten up by a rival gang of motorists. This is the language used when Draken and Mikey visit the hospital to see the scene.
Draken said, “Keep the ‘world of delinquents’ within the delinquents, don’t cause any damage to people, don’t make others cry. Don’t cause any damage to the public, and don’t make others cry.” Draken’s language is so adult that you wonder if he is a junior high school student.
Superficial responses are not enough to convey sincerity.
But it doesn’t matter how uncool it is; if it is sincere, it will be understood.
It is a language that teaches us something essential as human beings.

Nazuna
In this article, I introduced 10 famous words from “Tokyo Revengers”. Not only is the story amazing, but each and every character is spotlighted. You will surely find your favorite character in yourself. I think it will be one of the most popular and explosive books in 2021. If you haven’t read it yet, please watch it once before the live-action movie starts!