“Bokutachi no Remake” with Masahiro Ito as Kyoya and series composition by Nachi Kio, the original story’s author. 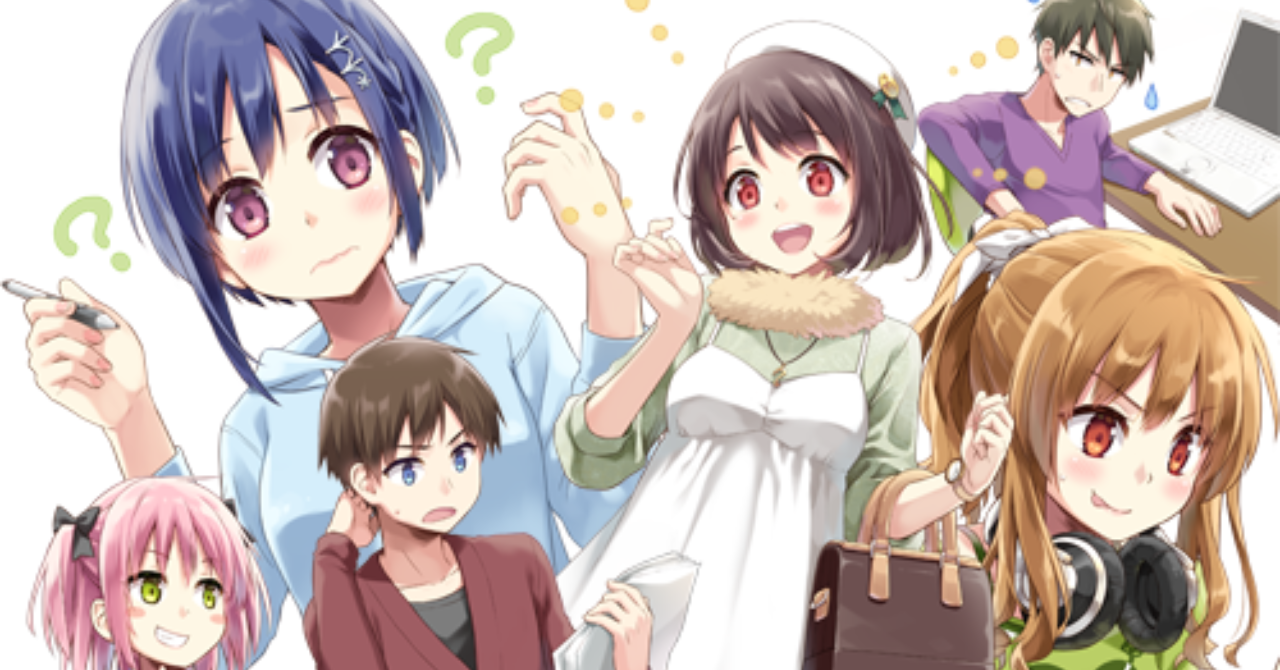 The key visual of TV anime “Bokutachi no Remake” has been released. In addition, the main cast and staff information was announced.

Bokutachi no Remake” will be broadcast in 2021 and is based on a novel of the same title written by Kio Nachi. The main character, Kyoya Hashiba, a dull game director, travels back in time ten years and struggles to “remake” his life. In the critical visual, Kyoya and other characters appear against the backdrop of the university campus where the work is set. The cast includes Masahiro Ito as Kyoya, Aoi Koga as Aki Shino, who likes to draw pictures; Aimi as Nanako Kogure, who is not good at standing in front of others and likes to sing; Nao Higashiyama as Eiko Kawasegawa, who has a strong passion for making things, and Haruki Ishitani as Kannoji, who shows glimpses of his talent in the scenario creation class. Haruki Ishitani plays the role of Kannonji, who offers a glimpse of his talent in the scenario creation class. The animation production is by feel. And the director is Tomoki Kobayashi. Mio, the original story author, will be in charge of series composition, and Kosuke Kawamura will be in the order of character design.

Comments have arrived from the cast, including Mio, Erreto, who is in charge of the original illustrations, Sen Bonjin, who is in order of the comicalization, Director Kobayashi, Kawamura, and Ito. Based on the storyline of the work, in which Kyoya goes back in time ten years, Mio said, “To have a career that I wrote made into an anime and to be in charge of the series composition, it’s a story that I would have collapsed if I told it to myself ten years ago. Please watch it as your own story! I hope you will protect it as your own story!

The “Bokutachi no Remake” stage will be held at the “KADOKAWA Light Novel Expo 2020” online stage from 10:10 a.m. on March 7. Ito, Koga, Aimi, and Higashiyama will perform. In addition, the anime will be collaborating with “Waku Work 2022”, an anime industry job fair to be held at Pio Small Exhibition Hall, Ota Industrial Plaza, Tokyo, on March 13th. A newly drawn visual commemorating the collaboration has been released.

Once again, congratulations on the anime adaptation. As I am basically the sole creator of the comicalization, I limit how much I can express the geniuses in my work. However, anime is the fruit of the power of creators in various fields. I’m looking forward to watching the anime, not only for the moving characters but also for the expression of such talent.

Creating animation is a series of painful but enjoyable experiences. I hope that this work will give those involved in animation and all those involved in making things and aiming to make things in the future.
This is a long preamble, but I hope you will not think about anything else and enjoy the work.

After reading this work, I looked back at what I was doing 10 years ago, and just like this time, I was designing characters for MF Bunko J’s anime.
At the time, I was inexperienced and had never done anything like this before, but like the characters in the story, I could get through it with vigor and passion.
Ten years have passed, and I hope to show you a little of myself now that I have grown up.
Thank you very much for your support.

I am Masahiro Itoh, and I will be playing the role of Kyoya Hashiba.
I am truly honored to be able to be involved in this wonderful work. When I read the original story, there were many scenes in which I sympathized with Kyoya, and I wanted to convey these emotions in the dialogue! I’m still inexperienced, but I’m sure I can do it.
I want to express my heartfelt gratitude to my co-stars and the production staff for their advice and enthusiasm towards my inexperienced self.
Our Remake
I gave it my all! I hope you enjoy it!

I’m Aoi Koga, and I’ll be playing the role of Aki Shino, or Aki Shino.
Aki Shino looks tiny and cute, with a soft and gentle impression that makes you want to protect her.
However, when the time is right, she can say something that sticks in your mind, and I think she has a motherly quality that encompasses everything.
I hope you will be able to watch with me as I reminisce about my own youth, as I see Shinozaki and the others growing up, inspired and stimulated by their encounters with various people, and face the challenges of what they love with all their might.
I’ll do my best to make sure that all the fans of my work and those who will come into contact with my work can enjoy the world of Shinozaki and his friends to the fullest.
I look forward to working with you!

There are so many things about Nanako that I can relate to that it’s hard to believe she’s a stranger to me, so I’m pleased to be able to play her.
She’s a beautiful girl, and I’ll do my best to make everyone love her!

When you are pursuing a dream, there are times when you feel regret and want to give up, saying, “It’s inevitable,” but will you be able to stand up for yourself? This film gives us the courage to see the main character, which is inspired once again because she has admired and failed so much.
Kawasegawa, who I will be playing, is a jack-knife of a girl who works tirelessly to pursue her dreams. However, she is also quite cute. I’m looking forward to meeting everyone in the anime!

My name is Haruki Ishitani, and I will be playing the role of Kannoji.
I play the role of a voice actor in this work, but many people’s enthusiasm has gone into the making of this work. It’s rare to work to see what these people are responsible for, and I have a lot to learn from it. I will play the role of Nukino-kun with all my passion and love. I look forward to working with you.

Story
I, Kyoya Hashiba, am a humble game director.
His company goes bankrupt, his project falls through, and he is forced to return to his parents’ house.
When he wakes up, he finds himself rewound when he entered university ten years ago!
He chooses a path he didn’t choose back then and starts living the life he’s always dreamed of at art college.
In addition, I’m living in a shared house with four men and four women, and suddenly, my days are all rosy!
I’m going to rebuild my life from here.

I’m going to rebuild my life from this point on… My new life with the future super famous creator (egg) begins now!
It’s not going to go so well, though. ……

The Remake of Us
Author: Nachi Kio Illustration: Errett
Published by KADOKAWA

Nazuna
Bokutachi no Remake Ver.beta 3 (complete), read. It was a good story about the strength to move forward. It was a good story that showed us the strength to move forward even so. It was very interesting! Especially Kyoya’s last delivery was a wonderful scene that touched my heart. I feel like the being who made Kyoya go back in time in the main story chose Kyoya because he saw this delivery.