Amuro’s words to Hathaway, modified from the original novel of “Hathaway the Flashlight 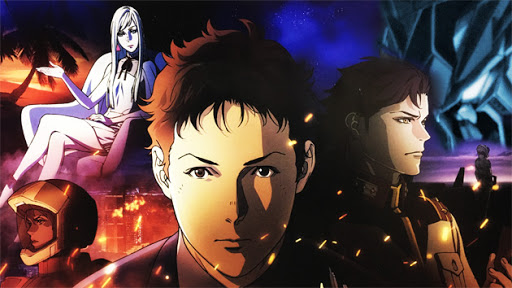 The movie version of “Mobile Suit Gundam: Senko no Hathaway” has been in theaters since June 11, 2021, and after two postponements, it has finally appeared in front of the fans. The first part is based on the first volume of the original novel, and features a scene where Amuro Rei talks to the main character, Hathaway Noah, which did not appear in the original story.

The theatrical version of “Mobile Suit Gundam: Senkou no Hathaway” (hereinafter referred to as “Senkou no Hathaway”) is being released on June 11, 2021.
Watching “Trailer 2” delivered in March 2021, Amuro Rei appears and says, “The Grim Reaper never comes when you’re defensive.
Hathaway,” to the main character, Hathaway, which must have surprised many Gundam fans.

Of course, I was one of them. In the original novel written by Yoshiyuki Tomino, Amuro does not appear in the story, and Hathaway is portrayed as struggling to carry on the will and ideals of Amuro and Char.
Therefore, Amuro’s appearance was not expected, and it was a pleasant surprise for the fans from the past.

However, the original text of the line spoken by Amuro at this time appeared in the original novel. In the previous edition of “Mobile Suit Gundam: Senko no Hathaway” (above), published in 1989, it is written on page 274: “The Grim Reaper does not come when you are prepared.
It is the providence of the battlefield. That’s what the sentence on page 274 says.
If you read it in context, it seems to be a psychological description of Hathaway inspiring himself in the face of death, but if you read it deeper, it seems to be a description of Mr. Tomino’s feelings, which is very impressive. Is it Hathaway’s mind, or is it Tomino’s words?

I feel the greatness of the script in letting Amuro, who has already transcended life and death, speak.

In fact, this line has already been used in a video game before the movie version. In the “Mobile Suit Gundam vs.” series of video games, when Mufti Nabiyu Erin, aka Hathaway, has a Gundam Scythe Hell from “New Mobile Suit Gundam W” as her comrade, the line “The Grim Reaper never comes when you’re ready” is played at the start of the battle.

This line has long been recognized as one of the most memorable lines in “Senko no Hathaway.
If the enemy machine is the Scythe Hell, the line “I have no use for the Reaper yet. This may indicate that he is determined not to die until he has purged the arrogant upper class and sent all the inhabitants of the earth into space.

■Hathaway in the film version of “Senko no Hathaway”.

I watched the movie version of “Senko no Hathaway,” and I saw many times in the film that the ideals of the Mufti contradicted the emotions of Hathaway. In the movie, Hathaway is a 25-year-old young man who is trying to behave like an adult.
However, in the scenes where his emotions come out, he often seems to be unable to move, as if he has been drawn back to the Hathaway of the movie version of “Mobile Suit Gundam: Char’s Counterattack”, when he lost Quess Paraya right in front of him and killed Chain Agi at the age of 14.

It is often said that at the age of 14, one’s soul is trapped by what one has seen and heard. At such an impressionable age, he flew in a mobile suit and lost the girl he was in love with right in front of him. It is no wonder that Hathaway cannot live a quiet life after that.

Even before this movie version was produced, Hathaway (Mufti) has appeared in the “Super Robot Wars” game series and the “SD Gundam Generation” series. In each of these series, an image of Hathaway and Mufti has been constructed based on “Shar of the Counterattack” and the original novel, and the game developers have continued to put their interpretation of the characters mainly in a few lines of dialogue during battle. One of the most common examples of this is that while denying Char’s actions, he sympathizes with her ideals. However, they were angry at him for mishandling Quess.

Nazuna
It is said that there is an unwritten rule in Gundam works that “what is released in the latest video is the official setting. The movie version of “Senko no Hathaway” has been announced as a trilogy, and there are two more parts left. Will the time come when he will express his feelings for Char as interpreted in the game? Will it be Hathaway or the Mufti who will come out? This is a very intriguing part of the story.