CG animated film series “Resident Evil” is interesting! Here are the characters and the synopsis! 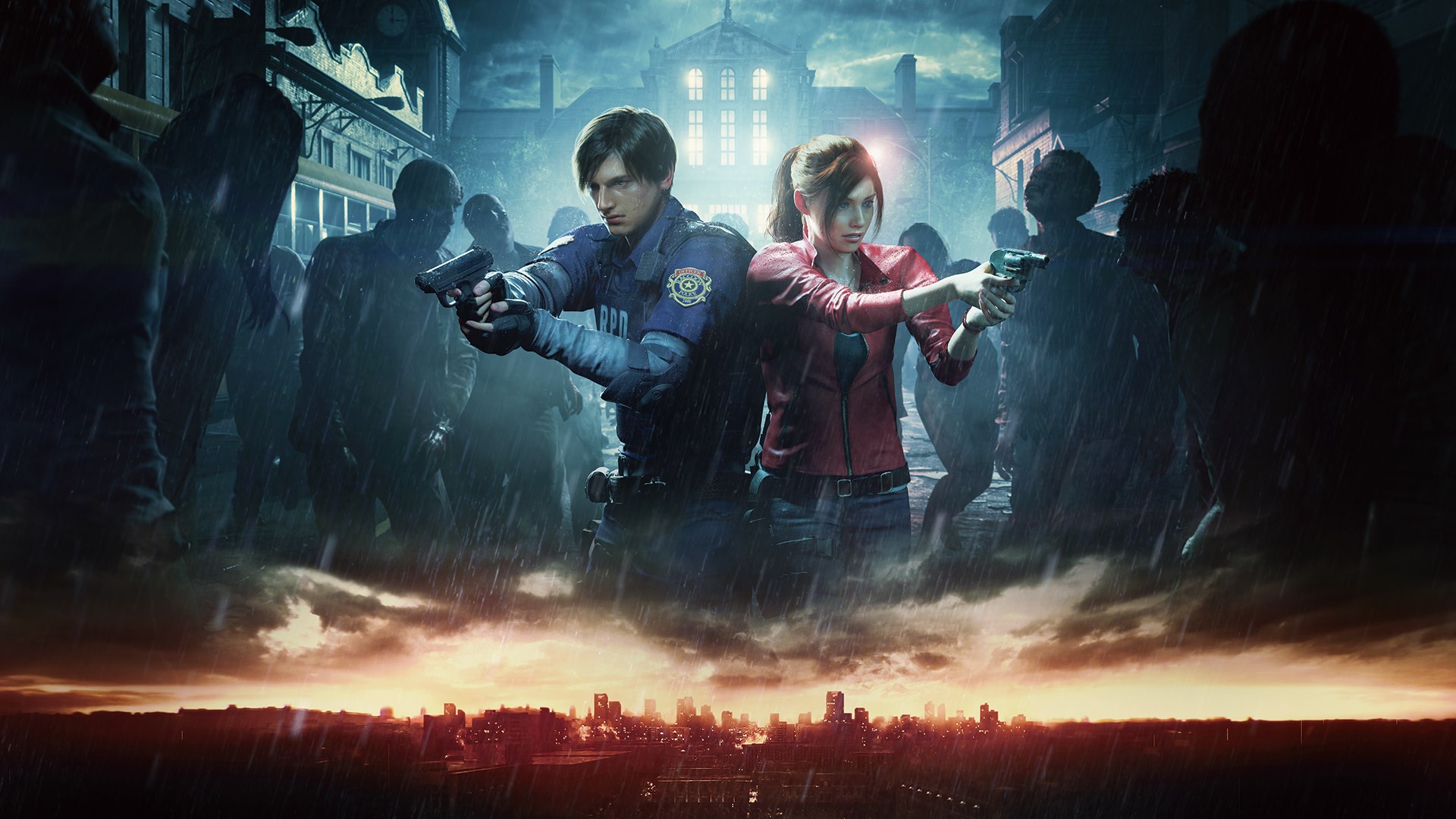 We’ve got information on three full CG animated movies based on Capcom’s survival horror game series “Resident Evil” and the latest installment! The live-action film series starring Milla Jovovich is interesting, but we also recommend the CG animated film series, which is straight from the game world turned into a movie!

The “Resident Evil” series by the Japanese game company Capcom is a globally popular survival horror game and zombie shooting game that was first released in 1996. The first game in the series was released in 1996 and has become an internationally popular survival horror game and zombie shooting game. Up to now, “Resident Evil 7” has been released, and there are many spin-off game series based on these stories. Each of these games has a rich storyline, and you will feel as if you are controlling the movie yourself.

In 2002, a live-action movie series was released in Hollywood, and all six films became worldwide hits. In the live-action version, the main character is a woman named Alice, who does not appear in the game, and familiar characters from the game also appear. For Milla Jovovich, the lead actress in the film, it was her masterpiece that made her a star actress, married the director, and had her daughter appear in the film series.

|Even celebrities post videos of their games in action!

In addition, a series of remakes of past game titles such as “Resident Evil Re:2” and “Resident Evil Re:3” will be released in 2019 and beyond. The character designs will be reborn more realistically, and you can play the games with beautiful images.

The new Corona craze has also affected the workload of many celebrities, and in addition to appearing on TV and other media, more and more celebrities are now broadcasting videos as YouTubers. A number of celebrities, including comedians Hidetaka Kano and Hiroyuki Miyasako, TV personality and singer Shoko Nakagawa, and Natsuki Hanae, the voice actor starring in the anime “Onimei no Blade,” have been streaming live videos of the Resident Evil series.

[Leon S. Kennedy] 28 years old
The familiar male protagonist of the game. He is an agent under the direct control of the President of the United States.
Seven years ago, he visited Raccoon City as a rookie cop and was caught in a biohazard, but survived.

[Claire Redfield] 26 years old
A member of the NGO “Terra-Save”. She is dedicated to helping victims of bio-terrorism and drug abuse.
Seven years ago, she visited Raccoon City in search of her brother Chris, and survived the biohazard along with Leon.

Ingrid Hannigan.
Belongs to the White House’s direct intelligence division. She supports Leon through communication.
Appears in the game “4”.

[Lanie Chawla] 8 years old.
A girl who took a liking to Claire at the airport.
After losing her parents, she travels to Bernardsville with her aunt to take part in a demonstration, and encounters a bio-terrorist attack.

[Curtis Miller] 35 years old
Former member of Terra-Save. He is the perpetrator of the bioterrorist attack in this film.
He lost his wife and child in the Raccoon City Incident.

Angela Miller, 29
A member of the SRT, the special forces unit of the local police. She is the sister of Curtis, the perpetrator of this bioterrorism.
She meets up with Leon at the airport.

Greg Glenn, 28
A member of the SRT, the local police special forces unit.
He and his colleague Angela meet up with Leon at the airport.

Leon S. Kennedy, a rookie cop at the time, survived the biohazard that hit Raccoon City seven years ago, along with Claire, the sister of Chris, a member of the Special Forces S.T.A.R.S. Alpha team. After that, Leon became an agent reporting directly to the President of the United States, while Claire worked as a member of the NGO “Terra-Save”.

One day, Claire lands at the Harvardville Airport and discovers a zombie among the passengers. In the blink of an eye, the virus has spread and the airport is in a panic. In the meantime, the government receives a statement from a terrorist, and the president, taking the situation seriously, sends Leon to the airport.

The timeline of the story is between the games “Resident Evil 5” and “Resident Evil 6”. In addition to Leon, this game features Chris Redfield, the brother of Claire, the female protagonist of the previous game, and Ada Wong, a female oriental spy who has been in frequent contact with Leon in the game, either helping him or betraying him.

Leon S. Kennedy] 35 years old
An agent reporting directly to the President of the United States.
Not satisfied with B.O.W.’s unilateral order to withdraw, he decides to stay in the East Slavic Republic alone.

Ada Wong.
A female spy of oriental descent. She is hired by Simmons (one of the masterminds behind “6”) to obtain the dominant species, Plaga.
She also appears in the games “2”, “4” and “6”, and is a mysterious woman who is often involved with Leon.

Six years have passed since the events of the previous film. In the East Slavic Republic, which became an independent and sovereign state after the collapse of the former Soviet social system, conflicts have been recurring between the government side supported by the wealthy (Olgarch) and the rebel side consisting of poor people. In the midst of this, a rumor spreads that a monster has been seen on the battlefield.

Leon S. Kennedy, an agent reporting directly to the President of the United States, infiltrates the East Slavic region alone after receiving information that the biological weapon “B.O.W.” has been deployed in the field. Immediately afterwards, he is ordered to withdraw unilaterally due to government reasons, and Leon, who is not satisfied, ignores the order and remains on the battlefield. Meanwhile, a female spy, Ada Wong, pretends to be a special investigator from the UN’s anti-bioterrorist organization, BSAA, and appears at the East Slavic presidential palace.

The timeline of the game is one year after “Resident Evil 6”, and the story is located between “Resident Evil 7” and “Resident Evil 6”. The main character of the game is Chris Redfield, Claire’s older brother and the head of the North American branch of the BSAA, an anti-bioterrorist organization. Redfield will be the main character. This game also features the duo of Chris and his then colleague Rebecca, who appeared in the game “0”. In this game, we can see a new Leon, who is drunk and whimsical in his first appearance scene.

Chris Redfield.
Captain of the North American branch of the BSAA, an anti-bioterrorist organization. After failing to rescue his friends, he is bent on revenge against Arias.
Brother of Claire. He is a former member of S.T.A.R.S.

Rebecca Chambers.
A university professor and BSAA advisor. She meets Chris for the first time in four years.
After completing a prototype vaccine for the A-Virus, she is attacked by Arias and is saved by Chris.
He is a former member of S.T.A.R.S.

Leon S. Kennedy
A member of the DSO, a group of agents. He is asked to help Chris and Rebecca.

Glenn Arias
A former CIA agent and an internationally wanted arms dealer. He is planning to carry out bio-terrorism using viruses.
He is ostensibly the founder of Agua, a company that manufactures a wide range of products including drinking water.

[Maria Gomez
A close associate of Arias. Due to physical modifications, she has little human emotion, and is a mechanical character who is loyal to orders.
She lost her right eye in an explosion at Arias’ wedding.

One year has passed since the bioterrorist attack in China. Chris Redfield, commander of the North American branch of the BSAA, an anti-bioterrorist organization, narrowly misses Glenn Arias, an arms dealer dealing in biological weapons.

Four months later, Chris’s former colleague from S.T.A.R.S., Rebecca, completes a prototype vaccine for a virus that causes zombification across the U.S., only to be rescued by Chris in the nick of time. After a four-year reunion, Chris and Rebecca ask Leon S. Kennedy, an experienced DSO agent, to help them.

Resident Evil: Infinite Darkness”, the latest in the “Bio” series of CG animated films, will be distributed exclusively worldwide by Netflix in 2021. In addition to Leon, the story of this film will feature Claire, who also appeared in the first installment. The dynamic action scenes and tense suspense elements are also worth watching.

Nazuna
The video game version of “Resident Evil” series has made many people fall in love with the brave and handsome Leon, both men and women. Netflix has also decided to produce a live-action drama series in addition to the latest CG animated movie. With games, CG animation movies and dramas, and live-action movies, we can’t wait to see what the future holds for “Resident Evil”.