Detective Conan: The Scarlet Letter”! A look at the trajectory of Ai Haihara, a very popular character. 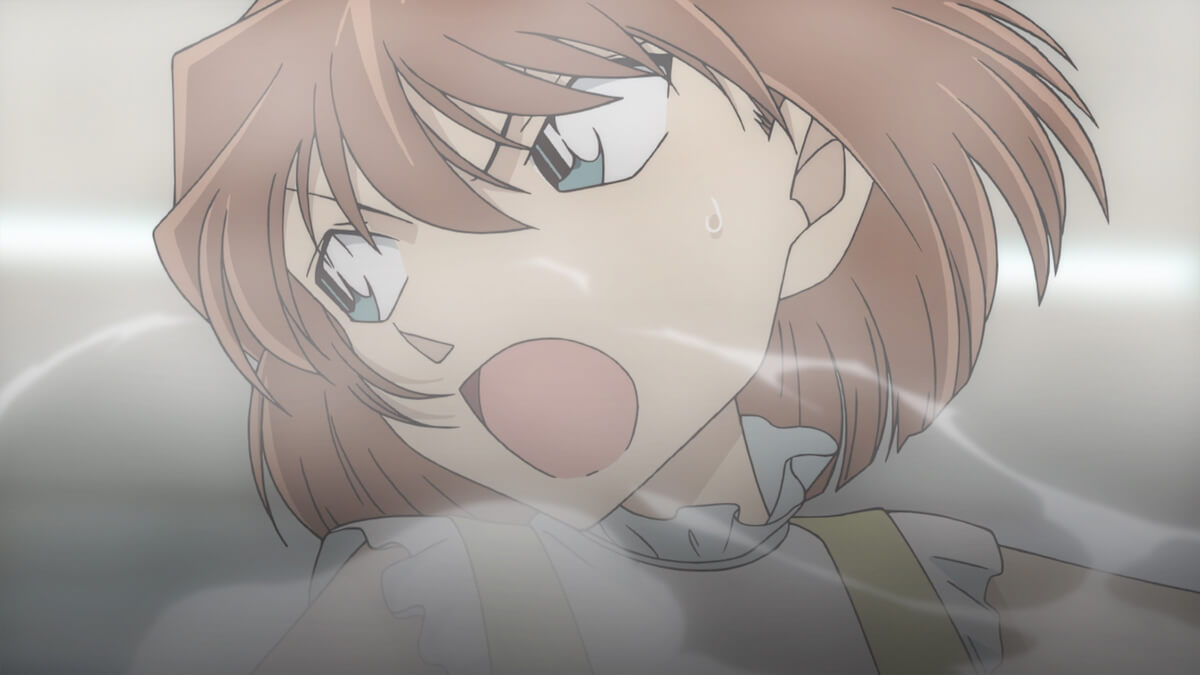 Ai Haibara is one of the most important characters in “Detective Conan” and is extremely popular among the fans. Twenty years after her first appearance in the original story, her popularity has not waned. The combination of Conan and Ai is still alive and well in the movie “Detective Conan: Scarlet Letter,” which is currently in theaters.
https://realsound.jp/movie/2021/04/post-748253.html

A look back at Ai Haihara’s role in Detective Conan

|“The Woman from the Black Organization” (Volume 18)

Haibara’s first appearance is in volume 18, which is actually rather late. She appears as a transfer student with a mysterious atmosphere, and Conan treats her as a normal girl at first, but is shocked by her sudden confession.

APTX 4869… that’s the name of the drug you were given… oh, I’m sure I got the name right… it’s a drug I made at the behest of the organization…

Haihara was Shiho Miyano, the developer of the poisonous drug that turned Shinichi into an infant after he was given it, but the organization kills his only living relative, his sister, and he suspends the development of the drug in order to fight it. However, when her only living relative, her sister, is killed by the organization, she interrupts the development of the drug to fight it. He tries to kill himself by taking the medicine he developed, but his body shrinks just like Shinichi’s, and he escapes from the gas chamber, and the story of how he became an infant is revealed. Also, his only living relative, his sister, was Akemi Miyano, who was shot and killed by Jin, a member of the organization, while having contact with Conan in the second volume. This episode, which was actually 16 volumes long, was a foreshadowing of what was to come over the next four years, and it took readers by surprise.

Since his appearance in volume 18, Haibara has become a regular character in the series. In this “Blue Old Castle Search Incident,” he visits an old castle that he found in the forest after a chance encounter. Conan finds a white-skeletonized corpse in the castle and is attacked by someone, which leads to the disappearance of Dr. Agasa, Motota, and Mitsuhiko and the others one after another.

In this episode, Conan and the other main characters disappear one after another, and the way the culprit is portrayed is horrifying and impressive, but it is also an impressive episode in which Haihara seems to already understand Conan.

The only person who could solve it would be the curious mystery gourmet who disappeared somewhere in this castle…right?

It is a description that shows that Haibara trusts Conan from this moment on, to the extent that Ayumi is unintentionally jealous and asks him if he likes Conan. Haibara and Conan are two of the few infantilized characters in the series. They have circumstances that only they can understand, and they have to overcome difficulties together, as if they are destined to be together. This episode is the beginning of a long-lasting relationship between the two.

|Reunion with the Black Organization (Volume 24)

In this episode, Conan gives away his glasses as a good luck charm to Haibara, who is terrified of the organization. The frame of the two of them with Haihara and Conan putting on his glasses against a plain background is probably one of the most beautiful shots in the 99-volume history of “Detective Conan”. Furthermore, the casual episode of lending him the glasses becomes a major foreshadowing for the rest of the story, which is typical of Gosho Aoyama’s storytelling.

Nazuna
In this article, I focused on the first episode in which Haibara appears, but it is an important episode that has a major impact on the rest of the story. In the following episodes, Haibara becomes more and more human as the episodes go by, and she grows into an increasingly powerful partner for Conan. Also, her cute side that is hidden within her coolness is increasingly revealed. We hope you will take note of her changes.