The Prince of Tennis’ New Theatrical Version “Ryoma! Rap Battle Full Length Video Arrives! All the characters appearing in the movie are also revealed at once! 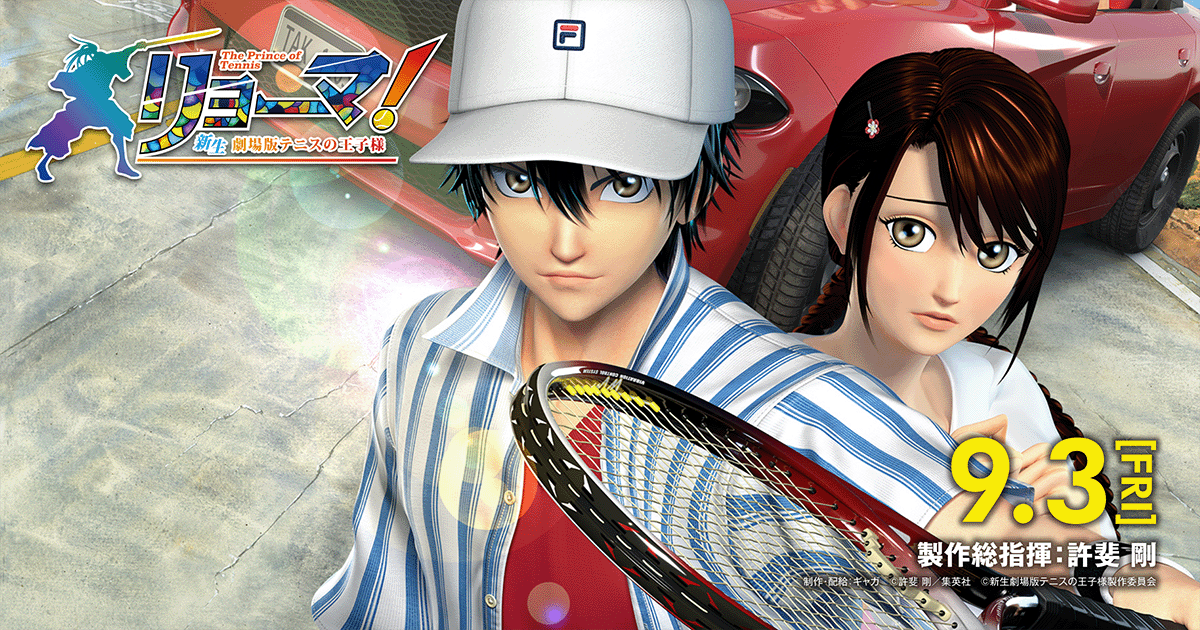 The video released this time is the “RAP FESTIVAL” video in which Ryoma engages in a rap battle with a new character, the “Tennis Gang.
Ryoma (CV: Junko Minagawa) is on a training trip to the U.S. when he comes across Sakurano (CV: Mikako Takahashi), who happens to be on a family trip there, being tangled up with tennis gang members Wolf (CV: Tomokazu Sugita), Boo (CV: Shunsuke Takeuchi), and Fu (CV: Ryota Takeuchi). The story unfolds.
This was Minagawa’s first attempt at rapping, but when he saw the finished video, he gave it his seal of approval, saying, “Ryoma and the Wolves were really cool, and it was worth the effort.

At the same time, images of all the characters including Shusuke Fuji, Ryoma’s brother Ryoga, and other characters that have not been revealed so far have been released.
It will be interesting to see how each of them will appear in the main story.

The Prince of Tennis: The New Theatrical Version” will be released on September 3.

It was also announced that the second special offer for the advance tickets will be an A4 clear file with the poster visual and the original illustration on both sides.

Nazuna
Tenipuri being drawn in CG is very innovative! Tenipuri is one of my favorite anime, manga, and even musicals, so I’m definitely going to see the movie!