Not two-timing, but both for real? The novel romantic comedy “Girlfriend, Girlfriend” depicts a new world of love. 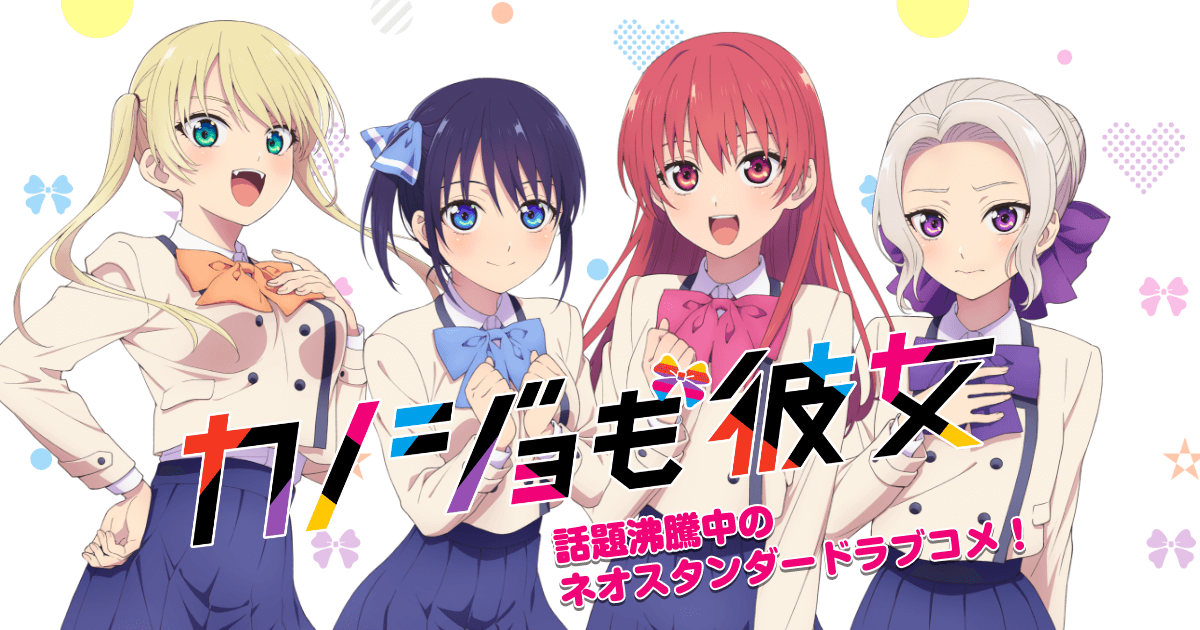 The neo-standard romantic comedy “Girlfriend, Girlfriend” (Kodansha) received its long-awaited first anime episode on July 2, 2021. This work, which became a big topic of conversation right after its serialization due to its overly innovative setting, can be the work that led the entire romantic comedy manga world to a new level. So, to celebrate the start of the anime, this article will reintroduce the charm and highlights of “Girlfriend, Girlfriend”

In this work, Hiroyuki, the creator of “Aho Girl,” throws a stone into the world of romantic comedies. He specializes in gag comics, and his signature light-hearted dialogue is still present in “Girlfriend, Girlfriend.” However, that is not the only reason why this work is attracting attention.

Naoya Mukai, a freshman in high school, is at the height of his happiness. When his new girlfriend, Saki, tells him she is worried about cheating on her, Naoya is shocked and remorseful. I’ll love you even more so that you won’t think I’m secretly cheating on you! Saki is confused by Naoya’s overreaction. Naoya had been confessing his love to her since they were in elementary school, and he wanted to cherish the love he had finally brought to fruition. Saki is also upset by Naoya’s earnestness, which seems to be a bit odd, but she accepts his feelings.

As Naoya was chewing on his happiness alone, a girl appeared. Nagisa Mizuse, a pretty girl with her hair tied up in a bun and a slender body, suddenly confessed to Naoya, “I love you! She suddenly confessed to Naoya, “I love you! Naoya is naturally surprised, but when Nagisa asks him what he thinks of her, his over earnestness leads him to give her a genuine compliment. He even said, “She’s beautiful! Nagisa finally asks Naoya a forbidden question.

Naoya tells her the truth and refuses to confess. However, Naoya could not see the tears shining in her eyes as she smiled and said, “I’ll come back to confess my feelings to you! I’m not sure if this is a good idea or not.

But Naoya didn’t miss the tears shining in her eyes as she laughed and said, “Why don’t you come with me to ask her if it’s okay to be two-timing?

Unless there is an unusual fantasy setting, it is common knowledge that there is only one partner in a relationship. However, “Girlfriend, Girlfriend” easily overcame this barrier in its first episode and became a hot topic. This works on the theme of “two-timing,” which can turn dark and damp if it goes wrong. But why does it create such a cheerful atmosphere that it can be serialized in a boys’ magazine? The secret lies in the characterization of the main character, Naoya.

|How will the story of her and Girlfriend, Girlfriend goes?

What kind of image do people generally have when they think of a two-timing man? Naoya’s character is the exact opposite of that. The reason why Naoya started two-timing was that he was too sincere.

Of course, Saki adamantly refuses to go along with the two-timing, but Naoya tells her straight up, “If I’m attracted to Mizuse but reject her because it’s common sense, I’m lying to myself and Saki. Naoya’s stance of not rejecting Nagisa out of fear of his own feelings, nor tricking Saki into a secret two-timing relationship, shows the seriousness of his character, which could be called eccentric. At the end of the story, he even got down on his knees and said, “I’ll make sure to tell you that I’m glad I did it! Naoya even got down on his knees. Naoya’s behavior after that is also frank, and despite the absurd turn of events, the work is a solid, royal romantic comedy. Even Saki, who was given an unthinkable proposal, doesn’t feel any negative emotions like resentment because she understands his sincerity and backstabbing nature. This excellent “two-timing because he is too serious” setting is what pushes this work to become a popular romantic comedy in shonen magazines.

In Weekly Shonen Magazine, the genre is known as “harem manga” is still fresh in our minds with “The Bride of the Fifth Class. Several attractive heroines appear in the story, and we watch with excitement to see who the hero will choose in the end. When the manga is finished, it is also fun to think about the heroine’s feelings who were not chosen and immerse yourself in melancholy.

As you can see, the vertical axis of conventional harem works has been “who will the hero choose? However, “Girlfriend, Girlfriend” has finally changed the vertical axis of harem manga to “how does the protagonist make them both happy? Naoya vows to make them happy in this bizarre setting, but to be honest, the ending is still completely unpredictable. He may really make them both happy somehow, or he may end up in a sad situation. In other words, this work breathed a new wind into the harem genre, with the anticipation of the ending being the best part of the story.

Nazuna
With its innovative theme and strong comedic touch, “Girlfriend, Girlfriend” has become one of the defining works of “Weekly Shonen Magazine. In addition to the storyline that revolves around a two-timing relationship, the lighthearted tempo and the cuteness of the heroines are the main attractions of this work. The anime, which has finally started airing, shows off the charm of this work to the fullest. Those who are interested in this work after watching the anime can look forward to the continuation of the story and should definitely try their hand at the original work as well.