Record of Ragnarok”: a full explanation of humanity’s representatives 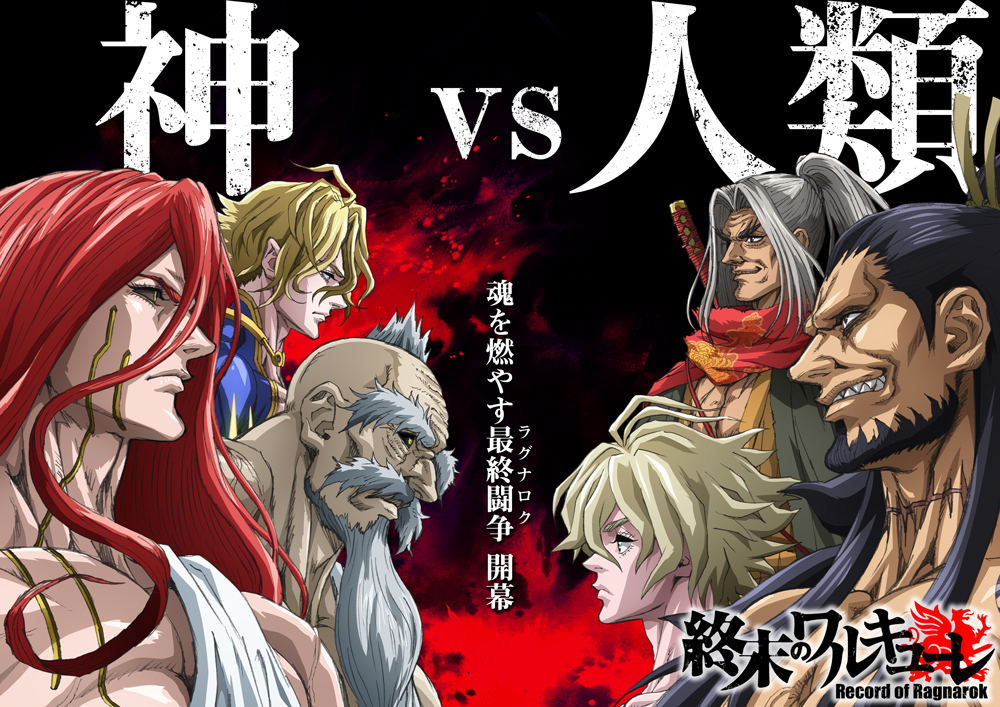 Record of Ragnarok” is the ultimate battle manga that depicts the thirteenth contest between representatives of humanity and gods, with the end of the world at stake. When I saw the list of humanity’s representatives announced at the end of the first volume of the comic, I was thrilled. However, there are probably many readers who only know the names of some of the representatives or have never seen them before. Since the character set of this work is based on episodes of accurate models, it is more enjoyable if you have some previous information in mind. In this article, I’ll introduce the 13 Einherjar, who hold the fate of humanity in their hands, and the people who were their models.

■Adam
Adam is the founder of the human race, created by Yahweh Elohim, the Creator. Adam was created from the soil of the ground and was placed in the Garden of Eden. Yahweh tells him, “You may eat the fruit of the trees here, but you may not eat the fruit of the tree of the knowledge of good and evil. However, Adam, who was given various animals, and his wife Eve by Yahweh, ate the fruit of the Tree of Knowledge of Good and Evil with Eve at the instigation of the serpent. Thus, Adam and Eve were expelled from the Garden of Eden.

■Sasaki Kojiro
Even today, Sasaki Kojiro is known as a rival of Miyamoto Musashi. It is said that Sasaki Kojiro was a skilled swordsman and carried his favorite sword, Bizen Nagafune Nagamitsu (also known as “clothesline”), which was as tall as he was. Kojiro was scheduled to fight Musashi at Ganryu Island. He lost his cool and lost the fight when Musashi pointed out that he had been waiting for two hours and threw away his scabbard, which was a sign of defeat. His signature move is the “Tsubamegatari,” which is an instantaneous slash of a downed sword.

Jack the Ripper was an unidentified serial killer who repeatedly committed crimes in London in 1888. He murdered several prostitutes and was known for his method of slitting throats and abdomens. Due to his brutal acts and extensive media coverage, he became the most famous serial killer in the world.

■RAIDEN TAMEEMON
Sumo is the national sport of Japan. In the history of Ozumo, the pinnacle of the sumo world, Raiden Tameemon is considered to be the strongest wrestler in history. His winning percentage of .96 to .02 is the record that has yet to be broken. Raiden, who was blessed with a huge physique unparalleled in the Edo period, had various legends, including the legend of the “forbidden move” in which he was so strong that some of his moves were banned.

■First Emperor
Qin Shi Huang is the first Chinese emperor who accomplished the feat of unifying China. At the age of 13, he ascended to the throne of the Qin Dynasty and became the first emperor of all China in 221 B.C. after defeating and destroying six other kingdoms. In the history of China, he is said to have been a “brutal tiger and wolf,” and it is expected that he was quite a tyrant.

■King Leonidas
Leonidas I (King Leonidas) was the reigning king of Sparta, a prosperous country in ancient Greece. At the time, the Greek city-state was in the middle of the Persian Wars, enduring an invasion from Persia. When he received a trust that “the king will die or the country will be destroyed,” he made up his mind and went to the battlefield himself with only a few soldiers. For this reason, King Leonidas is known as the greatest hero of Sparta.

■Nikola Tesla
Nikola Tesla was a genius inventor who was active from the mid-19th century to the mid-20th century. He contributed greatly to the development of technology, mainly in electricity and electromagnetic waves, and his name is used in the unit of magnetic flux density, the tesla. Tesla also defeated Thomas Edison in the electric current war. He is a tall, handsome man and is also known for his extreme fastidiousness.

■Okita Soji
Okita Soji was the first commander of the Shinsengumi, which made a name for itself at the end of the Edo period. He was a master swordsman, and according to one theory, he would have defeated Toshizo Hijikata and Keisuke Yamanami and his teacher Isamu Kondo in a serious confrontation. He has been a cheerful and joking young man and was also known to be fond of children. His signature move is the instantaneous “three-step thrust

■Grigory Rasputin
“Grigory Rasputin is an enigmatic prayer warrior known as the “Monstrous Monk of Russia. Originally living like a peasant, he suddenly became a monk after receiving a revelation from the Virgin Mary. At the end of Imperial Russia, Rasputin healed Crown Prince Alexei through prayer and earned the immense trust of the Czar and his wife. He later became an influential figure in imperial politics, but people around him were skeptical because of his filthy appearance and behavior, and his historical reputation is shallow.

■Simo Heihe.
Simo Heyghe was a Finnish soldier who served in the Winter War between Finland and the Soviet Union. Despite his small stature, he made a name for himself as a highly-skilled sniper, shooting and killing 542 people, the most in history. His presence was also known to the enemy, the Soviet Red Army, who called him the “White Reaper” and feared him.

■Sakata Kintoki
Kintoki Sakata is familiar to us by his childhood name, “Kintaro. Kintaro, a child prodigy who could wrestle with a bear, was discovered by Minamoto no Yorimitsu and became his retainer. He later changed his name to “Sakata Kintoki” and became one of the four heavenly kings of Yorimitsu. Kintoki is also famous for his legend of defeating Sakanendoji. In his case, however, he is recorded as a person of various theories as to whether he actually existed.

Nazuna
Thirteen people have been chosen to be the strongest warriors against the gods who will bring an end to mankind. The fact that some of them are not martial artists is also intriguing. How will Tesla fight against God, and what will Nostradamus, who is believed to have predicted the end of the world in Japan, feel about God’s decision to end the world? We can’t take our eyes off the future battles, not to mention the consequences that await humanity.