What is “Furumi-san wa komusubi desu”? What kind of work is it? What is it about? 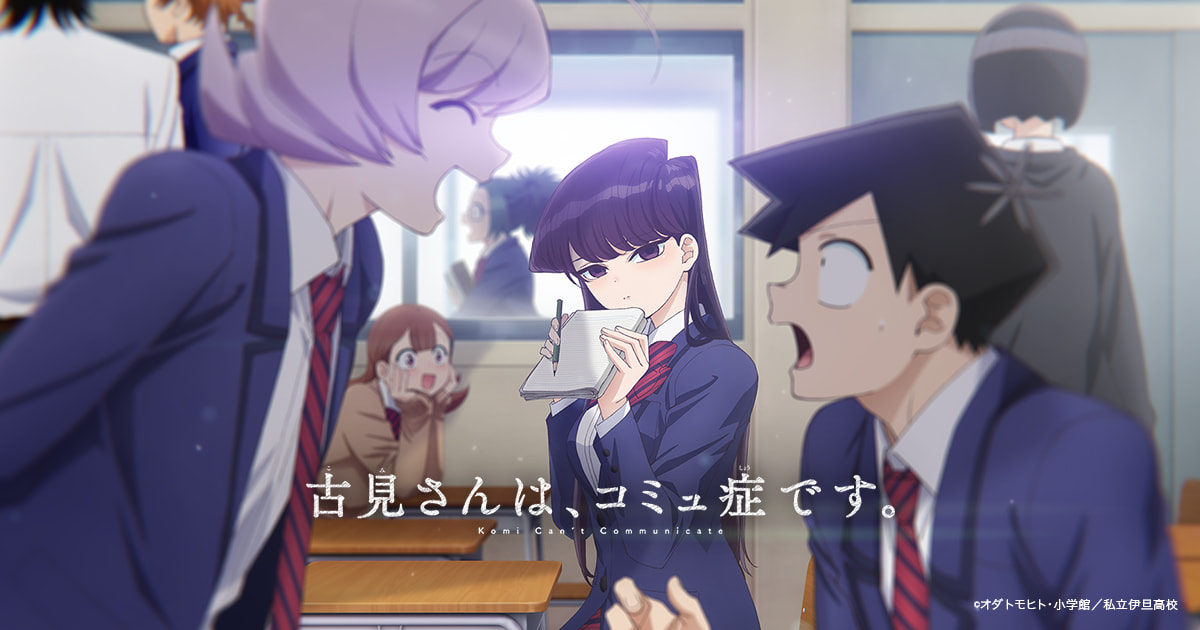 “Mr. Furumi is a communicable disease. is a school comedy in its genre. It is a daily life story set in a school. The main character and heroine, Ms. Furumi, a.k.a. Glass Furumi, is a very beautiful and talented woman who can do anything, but she is a communicable person who is deathly bad at communication. Ms. Furumi is beautiful, but she is quiet and doesn’t change her facial expressions, so she can easily be seen as intimidating, but that’s just because she is not good at communication. She’s just not very good at communicating. That’s what this story is about.

|“Furumi-san is a commie.” Introduction!

Jinto Tadano (Tadano-kun), a very ordinary high school freshman who has entered Itan Private High School, meets a very beautiful classmate in a shoe box. Tadano-kun greets her in a friendly manner, but for some reason, she stares at him in a scary manner. Tadano-kun had no idea what was going on, but in fact, this extremely beautiful woman, Glass Furumi (Furumi-san), was not hostile to Tadano-kun in any way. In fact, Ms. Furumi was not very good at communication! That’s why she didn’t know what to do when he talked to her.

Tadano-kun had a painful black history in junior high school, so he thought he would spend his high school years peacefully, but to his surprise, he ran into Furumi-san in a shoe box and she was sitting next to him. Ms. Furumi was so beautiful that everyone turned their heads to her, so there was no sign of a peaceful life as people around her tried to kill her. One day, Tadano suddenly asked Furumi, “Are you not good at talking to people? As a result, Mr. Furumi was pointed out the truth and became very upset. Tadano-kun, who has a strong communicative ability, immediately comes up with the idea of talking in writing, and Furumi-san reveals in writing that she is communicative and that she really wants to make 100 friends, and Tadano-kun helps Furumi-san to make 100 friends.

|“Mr. Furumi is a commie.” What is the appeal of this work? Who would you recommend it to?

You might think that Ms. Furumi is beautiful and taciturn, which means that she doesn’t seem to express much emotion, but that’s not true. Before you know it, Ms. Furumi has grown cat ears and is deformed, and her reactions are rich, so despite her reticence, she expresses a wide variety of emotions. The reactions of Ms. Furumi, who combines beauty and perfection with deformed, small-animal cuteness, are both soothing and funny!

■If you like everyday school comedies, this one’s for you!

Tadano-kun cooperates with Furumi-san to fix her communicable disease. The story progresses in such a manner, but the relationship between the two gradually changes. Ms. Furumi is kind, beautiful, and has no flaws other than her communicable disease, and by all accounts, she is a wonderful person. However, as they continue their school life, Furumi-san comes to know Tadano-kun’s attentiveness and kindness. It may not be apparent at first glance, but she realizes how good he is. And Ms. Furumi is not the only one who notices Tadano’s good qualities. There are other girls who notice Tadano-kun’s kindness, and it’s a turbulent time. Things get more interesting from there!

■Characters with nothing but their own personalities!

Nazuna
Did you know that “Mr. Furumi is a communicable disease” is a work of art. It’s not only an anime, but it’s also a live-action drama, so naturally there are high expectations for the anime as well.