The teaser visual for the third season of “World Trigger” is released, and a big announcement will be made at a live streaming event on the 15th. 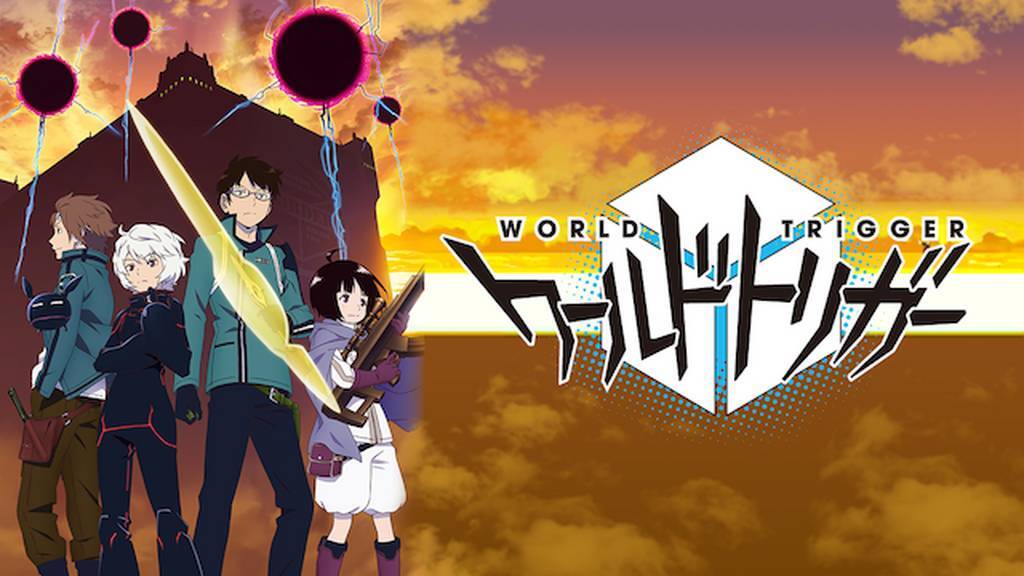 The teaser visual for the 3rd season of the TV anime “World Trigger,” which will be broadcast on TV Asahi from October, has been released. In addition, a live YouTube streaming event by the cast will be held on the 15th, where Tomo Muranaka, Yuki Kaji, Nao Tamura, and Nobunaga Shimazaki will appear and make a big announcement.

In the 3rd season, Tamakome No.2 will face even stronger opponents in the fierce B class rank battle. Will Tamakome No.2 win the rank battle and get into the top 2 of B class for the expedition? This is the story of where it’s headed.

World Trigger”, currently being serialized in Jump SQ, is a group brain battle manga rare in shonen magazines! The exhilarating way in which all the many unique characters stand up to each other in a cool way and the elaborate settings will surely make you numb! Strategy is not difficult either. The gymnastic staff of the used bookstore will thoroughly introduce the fun!

World Trigger is a science fiction action manga currently being serialized in Jump SQ. It used to be serialized in Weekly Shonen Jump since 2013. Still, due to the author’s serious illness, it was put on hiatus and then moved to Jump SQ in 2018, where it resumed serialization while considering his health.

As it is a popular work, you may have seen the title at some point. The official catchphrases are “slow-acting science fiction” and “the gold standard of science fiction brain battles. What kind of image did you have from the cover illustration and catchphrase?

My favorite weapon in MonHun is the hammer, and in FF14, I’m a monk! As such an athletic player, Miz, a staff member of the used bookstore Mottainai Honpo, will introduce the charm of “World Trigger” without any major spoilers, which will strike a deep chord with both gory strategy battle lovers and light readers alike!

|This is where it gets interesting!

As I mentioned before, I’m ashamed to admit that I’m not good at strategy, and I’m a gymnast with muscles all the way down to my brain! However, to write this article, I read the whole thing in one sitting, and after successfully going through “Tashika na Manzoku,” I was hooked on “World Trigger”! If you’re the type of person who gets bogged down in the synopsis, stops to think because of all the terms, or doesn’t read the manual when you buy an appliance! If you’re one of those people, skip the synopsis and this page (laughs), and read the comics right away! I recommend that you first read through volume 4 in one sitting! When you close volume 4, you’ll be amazed. When you close volume 4, you too will be a World Trigger citizen.

■Unpredictable! Group strategy battles where time, place, and circumstance will determine who wins and who loses

If you like strategic simulation games and card games, you’ll love this! There are a variety of weapons and techniques that the protagonist can use in the game! The power balance of each is well thought out, and there is no unintentional inflation of abilities. If you love to think about how to combine and strategize within the limited rules of the game, you’ll be thrilled! Detailed weapon and terminology explanations will be in the next section, so stay tuned!

■The thickness of small setting information, such as behind the cover and in the questions section

The character settings are thick! All of the characters have well-developed settings of what they like and the little details that occur. It’s interesting to the point where even the most casual setting can be expanded upon endlessly! In the questions section and on the official website, some things will make you giggle and say, “I didn’t know there was such a setting! In the question section and on the official website, you will find all sorts of behind-the-scenes information, from “I didn’t know there was such a setting! If you look at them, you may find yourself becoming a fan of a character that you initially thought you didn’t like! If you’re a fan of settings, be sure to check it out! In particular, be sure to read the character descriptions by the author on the back of the comics covers.

Smart characters explain things to you in an easy-to-understand way! You can easily understand through dialogues, text, and specific illustrations and episodes by just following the story. This is the main reason why I recommend this book to those who are not good at strategy. Considering the author’s health, the current publication is in the monthly magazine “Jump SQ,” but the first publication was in “Weekly Shonen Jump.” This means that the story was initially drawn for boys, so there are no difficult expressions! It’s a story of group strategy and setting, but light readers can also enjoy it! Don’t be put off by the many settings and terms, and I hope you enjoy the comics.

Nazuna
I feel that many “Wartley” fans are experts in strategic brainstorming. After reading the latest episode, I often read the thoughts and predictions of fans on SNS, and I’m often impressed by the interesting foreshadowing and strategies that I didn’t notice myself! Thanks to this, I’m able to enjoy the world of “Wartley” 100% to the fullest! After reading something that you don’t understand, why don’t you search for your thoughts on social networking sites? If you have any questions, one of the fans will be able to explain it to you in an easy-to-understand way!