Spoilers for “Platinum End,” a battle manga about a suicide attempter who fights as a god candidate 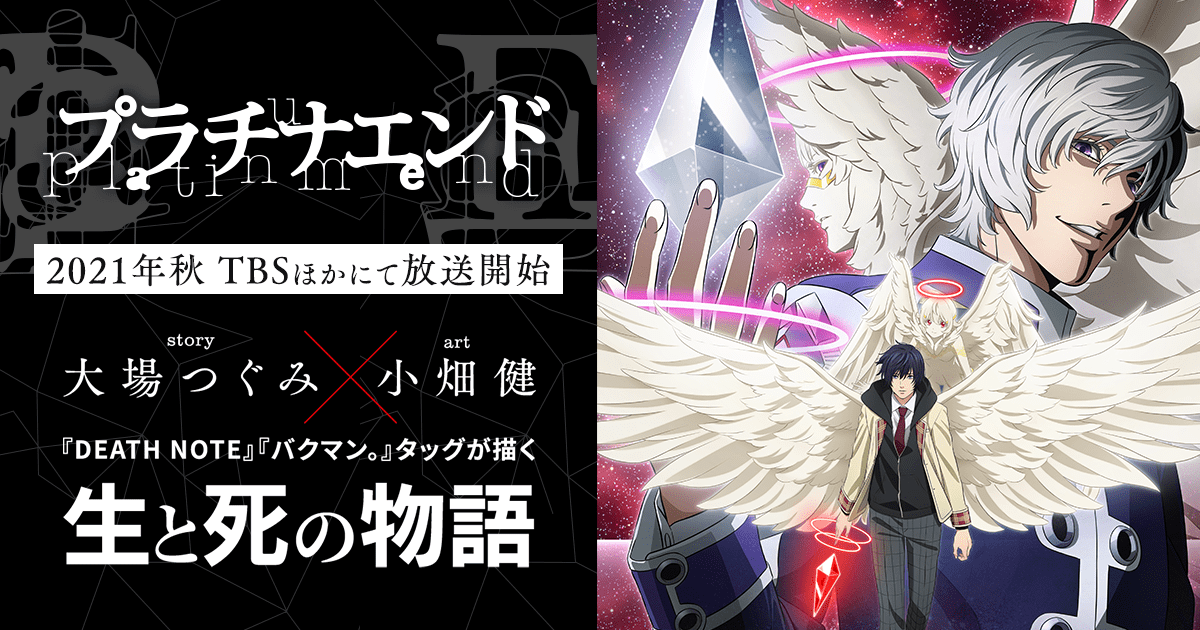 A new battle fantasy manga called “Platinum End” is based on the theme of “life” and “happiness” by Tsugumi Ohba and Ken Obata, the geniuses behind “Death Note” and “Bakuman.” A suicide attempter becomes a candidate for god and battles for his life using his intellect, wealth, and violence to become a god….

We will introduce the setting, synopsis, characters, and highlights of the booming popularity of “Platinum End,” including spoilers and thoughts.

Platinum End” has been gaining popularity for its elaborate setting and storyline, as if it were written by Tsugumi Ohba and Takeshi Obata, the duo behind the manga “Death Note.
First, let’s take a look at the rather complicated setting and the interesting synopsis.

|Setting and overview of the work

The current god wants to quit and decide on the next god; he has 13 angels choose 13 god candidates from Tokyo, the most densely populated city in the world.
The chosen ones are people who have lost hope in life. In other words, they are dissatisfied with the current world and want to change it.
People who become gods can have anything they want.
In other words, the person who can take all the good fortune for themself is determined. And if the person the angel chooses becomes a god, the angel will be allowed to finish his work and live peacefully beside his god. The deadline is 999 days.

Weapons of the Divine Candidate

Angel wings: Able to fly at speeds invisible to the human eye.
Red arrow: A stabbed person will fall in love with the person who stabbed them, regardless of gender, for 33 days. You can only be left alone once. (For example, if you order a person to commit suicide, it is possible to make them commit suicide as well.
White arrow: 100% of people who are stabbed will die in an instant. White arrow: A person who is stabbed will die instantly, 100% of the time. Special angels carry a white arrow as an “arrow of euthanasia” that allows the soon-to-be-dead to rest in peace without suffering.

The arrows have a hundred shots, but there is an exception: the angel wings are faster than the arrows, so you will not be hit if you run away with the angel wings.
The range of the arrows is 31.6 meters, and two seconds are needed between the first and second arrows. If you have a red arrow and a white arrow, it only takes 0.3 seconds of lag to release the second arrow if you have both.

A special grade is given to an angel who excels in something.

After losing his family in an accident, his aunt takes him in, but he is mistreated like a slave and bullied every day.
Realizing that she will never be happy, she commits suicide by jumping off the roof of her apartment building but is saved by the angel Nasse.
To make him happy, Nasse chooses him as a candidate for God, who could become the next God, but he clashes with 12 other people who were also chosen as God candidates…

|The top 3 highlights of the powerful “Platinum End”.

Here are three highlights of “Platinum End,” a superb work that combines a powerful worldview expressed with overwhelming drawing power and a detailed story.

A glimpse of psychological warfare

Candidates for God have acquired tremendous powers that are beyond the reach of human knowledge, such as “angel wings,” “red arrows,” and “white arrows,” but there are many restrictions and settings, and they fight using them.
“There are many restrictions and settings, and the player has to make full use of them.
It is a story that betrays the reader’s expectations and expectations in a good way, with tactful responses and unexpected deals. This kind of intellectual competition is one of the highlights of “Platinum End.”

The Divine Battle of the God Candidates

Since these are candidates for God who once decided to commit suicide, many of them, including Kanade Seiryu, is outrageous. The fierce battle scenes with angel wings and arrows created by the overwhelming power of art are sure to excite you.
And although the battles between the crazy candidates for God are fierce, the items obtained from the angels and the battle descriptions are so beautiful that you will never get tired of watching them.

Although it’s a manga, the realistic and powerful artwork makes you feel like you’re watching a movie. Would you please pay attention to the battle scenes, which are divine and cool?

The change of heart of those who have decided to die

One of the highlights of the story is the way that people who have decided to commit suicide, like the main characters, Kanahashi Tomorrow and Hanagome Saki, meet angels and interact with other god candidates, which changes and grows them to think deeply about the joy of living and the people they want to protect.

One of the highlights of the story is the way he grows up. Because of his experience of despair, he deeply feels the joy of being alive, and the scene where he grows up despite his fear of death is heart-warming.

|Too much fun “Platinum End” is recommended for the following people

It’s a manga that anyone who likes manga will love, and even those who don’t like manga will enjoy it, and I recommend it to everyone. If I had to pick one, I’d say it’s a must-have for those who like battle manga.

It is a collaboration between Tsugumi Ohba and Takeshi Obata, the creators of “Death Note” and “Bakuman.”

While there are battles throughout the story, there are also psychological battles and human dramas, so that this manga will fill your stomach with satisfaction, and I hope many people will read it.

Nazuna
In “Platinum End,” I think there are many things I want to tell readers, but I feel that what I want to tell them in particular is the importance of living. Even the characters who had no happiness in the past or who were affected by their own sins and found it painful to live, deep down they do not want to die. And by realizing this and striving to find hope in life, the natural thing of being alive becomes a joyful and happy feeling. I think everyone has had a painful experience to the point of death, but I can feel that the author wants readers to know that by choosing to continue living instead of dying, they will be able to grasp happiness that they would not be able to experience if they were dead. There are many profound stories and scenes that will make you think, so I hope that you will read “Platinum End” and not only enjoy it, but also think about what it means to live.