Three reasons why “Blue Rock” is being called the “craziest soccer manga ever”. 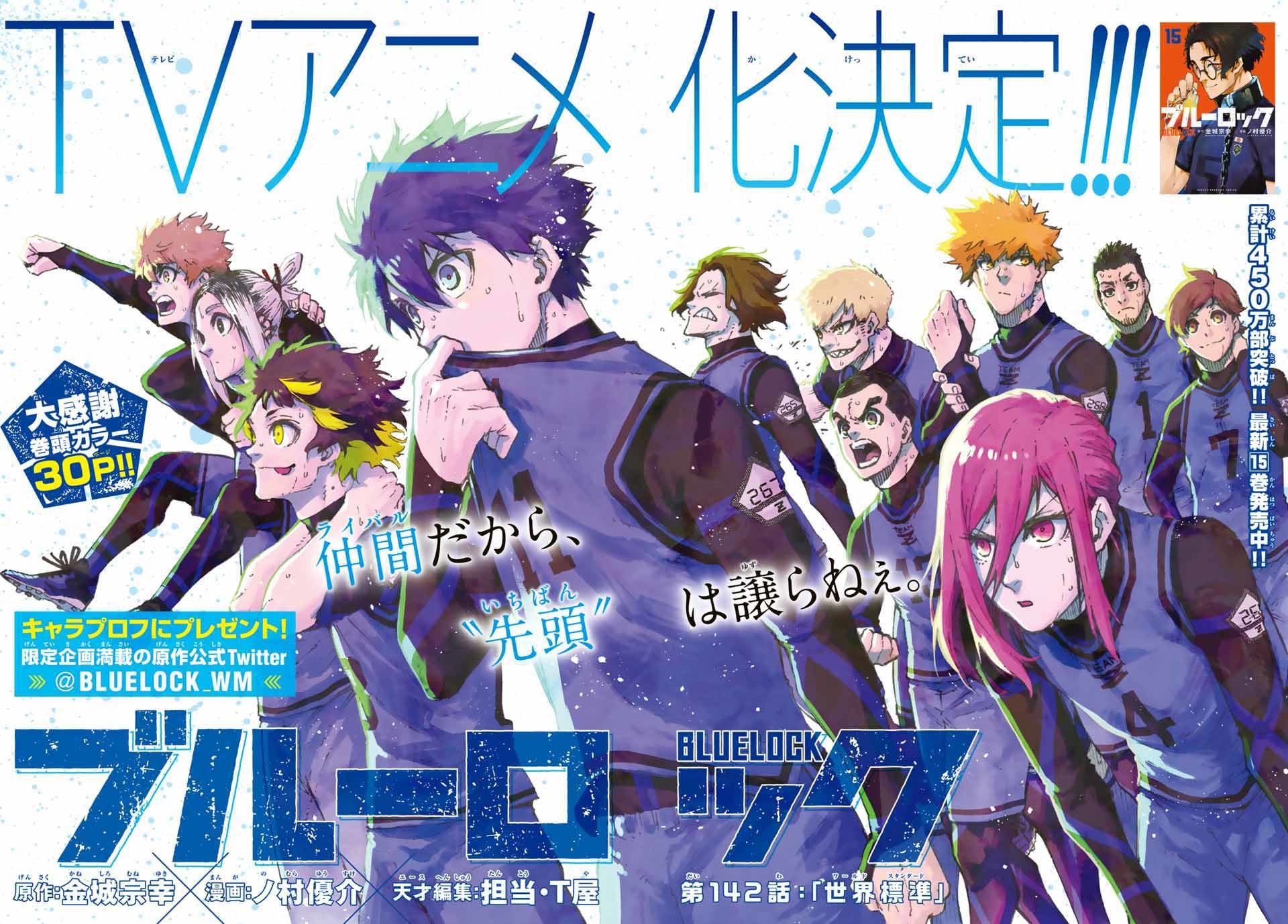 Blue Rock” is known as “the craziest soccer manga ever”. With a total of over 4 million copies sold, it has become one of the most popular titles in Weekly Shonen Magazine, and it has been announced that it will be adapted into a TV anime in 2022. Now that it is attracting more and more attention, I would like to reintroduce the three reasons why this work is called “the craziest soccer manga ever”.

|Not instruction, but “experimentation.

“I’m going to conduct an experiment to create the world’s best striker from among the 300 people here. These are the lines of Jinpachi Eshin, the coach of the “Blue Rock”, a training dormitory established to help Japan win the World Cup. He asserts that what Japanese soccer needs is “strikers who are full of egoism,” and the main character, Kiyoshi Seiichi, and other strikers from all over the country gather under his tutelage.

Starting with “Oni Gokko” (a game in which the last player to hit the ball is disqualified), “Round-robin group league matches”, and “BLUE LOCK MAN” in which the players fight against an artificially intelligent hologram keeper, the selection process that Jiseiichi and his team take on is far from the conventional guidance of soccer manga, and is truly “experimental” in nature. In fact, each of these experiments is an experiment. In fact, each of these experiments is filled with elements that will bring out the best in the striker and his personality, so please pay attention to them.

|What is required is “overwhelming individuality.

One of the most appealing aspects of sports manga, not just soccer manga, is the mutual support and friendship between the characters. In “Blue Rock”, however, such things are out of the question, and “overwhelming individuality” is required.

“The strong “one” (individuality) becomes the guiding force for the friends, and with that “one” (individuality) at the center, a strategy to win is born… and a team is born. This is the truth that Jie Seiichi realized while playing in “group league matches. Soccer, a team, is something that unites everyone’s strength. …… Blue Rock” is as crazy as its name implies, as it rejects such conventional ideas outright, but its thought process is quite logical and teaches us a new team theory that we have never seen before.

Miraculous shots, giant killings, and scenes where the main character and his teammates awaken and gain even more strength are undoubtedly some of the highlights of soccer manga. There are many miraculous victories and awakening scenes in “Blue Rock” as well, but in this work, instead of dismissing them as coincidences or miracles, they always seek to reproduce them and further enhance them.

Nazuna
Blue Rock” tells a story that is the complete opposite of conventional soccer manga, and at first reading it, it seems like an obviously different and crazy story. However, Jie Seiichi and the strikers, who are bewildered but emerge as egoists and become stronger both physically and mentally, shine brightly and are very attractive to us readers. And above all, the team theory and way of thinking that appears in the book is useful for those of us who live in the real world. I can’t wait to see what kind of “crazy” charm the TV anime to be aired in 2022 will show, as this work has gone beyond “crazy” and established itself as a new soccer manga.