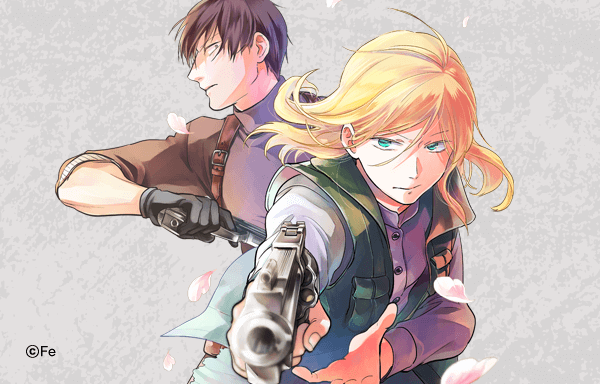 A teaser PV and an advance cut have been released from the TV anime “Killing Love,” scheduled to be broadcast in 2022. Saori Onishi and Hiro Shimono have been confirmed as the cast, and a Twitter campaign will be held to win a poster with their autographs.

The popular comic “Killing Love” (written by Fe) depicts the twisted suspense of assassins. The manga, which is currently being serialized in the monthly comic magazine “Comic Jean,” is currently in its 10th volume (volume 11 is scheduled to be released on July 27, 2021) and has sold over 700,000 copies (as of July 2021). In addition, following the release of a drama CD, a long-awaited anime adaptation has been announced for December 2020.

A teaser PV for the TV anime, cast information, and a campaign to win a signed poster has been released.

A teaser PV showing a tense scene of two assassins facing off! What does Song Liang-ha, the strongest man with an unknown identity, demand from Chateau Dankworth, a bounty hunter woman? ……

An advance cut of the film has also been specially released, and a cut not in the PV has also appeared.

The music is by Kei Yoshikawa of Miracle Bus. The profound theatrical accompaniment is also used in the teaser PV.

The cast includes Saori Onishi as Chateau Dankworth and Hiro Shimono as Song Liang Ha! The character voices have been unveiled for the first time in this teaser PV, and comments have also arrived.

When I was auditioning for the job, I read the original story, and it was so full of my favorite things that I bought the whole book!
I was looking forward to seeing this work become an anime, and I’m very happy to be able to help as a Chateau.

Please enjoy the pure but distorted and mysterious “love

I’m happy and excited to be playing the role of Liang Ha this time. Lian Ha doesn’t show his facial expressions very often, but he is smitten with Chateau, either grinning or in love with him, so I’m looking forward to how I can play such a gap.
Chateau, a bounty hunter, and an assassin are being chased, Liang Ha chasing him. I hope you will enjoy this special love suspense.

|Campaign to win a signed poster! Limited-time release of the first episode of the comic!

In commemoration of the release of the teaser PV, a present campaign is being held on the official Twitter to win a mini-poster signed by Saori Onishi, Hiro Shimono, and the original author Fe.
In addition, the first episode of the original comic is being posted on the official website and Twitter for a limited time.

Two assassins face off at a certain “workplace.”
Chateau, a cool bounty hunter woman, and Liang Ha, a mysterious and powerful man.
Chateau is supposed to turn against Liang Ha after this battle, but for some reason, he takes a liking to her and follows her around.
She ends up forming a cooperative relationship with him but gets caught up in a war with an organization that wants him. The battle is also related to her past.
Why does Lian Ha approach Chateau? What is Chateau’s hidden past?
Twisted suspense of “assassin x assassin” woven by two people with the worst chemistry.
The cogs of a strange destiny are now set in motion.