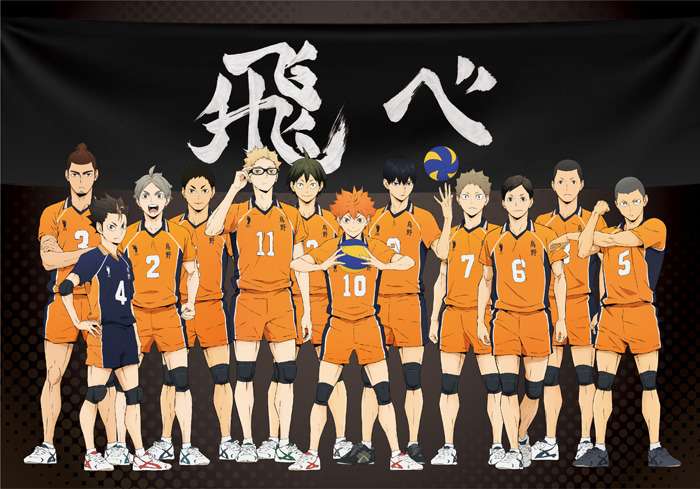 The live broadcast took place on August 19th from 6pm. The comment section was filled with enthusiastic messages from fans who were looking forward to the show even before it started. When Murase and Ishikawa were shown wearing masks and taking perfect precautions against infection, the heat in the comments section went up.

As this was Haikyu! day, a special program was prepared. The staff asked questions to Furudate Shunichi and his answers were introduced. Mr. Azuma, a well-known editor to fans, appeared on stage and introduced the answers to the questions on behalf of the teacher.

From among the many questions, Murase and Ishikawa picked out the ones that only their love for “Haikyu! The first question was about “Hi-Q!

“Murase and Ishikawa passionately discussed, “There are shades that live only in the black and white of the manga. Where the manga uses text and pictures, the anime uses sound and movement – a completely different expression. Ishikawa says, “It’s a combination of the best parts of both (anime and manga),” which makes me want to watch both again to supplement my brain.

|The 5th season of the highly anticipated anime is now available at ……!

Nazuna
In addition to introducing the e-mails from the viewers, the two livened up the program with a “midway attack game” to guess the most popular answer from the viewers. “When asked, “If Kageyama were to visit you in your daily life, which form would you like him to take? The answers were tutor, father, brother, and younger brother. “Ishikawa surprised the fans by saying, “I know Kageyama is cute because I’ve been doing ego searches. At the end of the show, after the announcement of the release of the anime DVD, Ishikawa said, “Before I say anything else, there will be no announcement of the 5th season! Both of them are eager to see the fifth season of the anime “Haikyu! but nothing has been decided yet, so we will have to wait and see what happens. A year has passed since the last episode, but the popularity of “Haikyu! continues to be popular. I hope that we will be able to enjoy this day again next year.