Is Naoto Tachibana really an ally in “Tokyo Revengers”? Examining the three mysteries 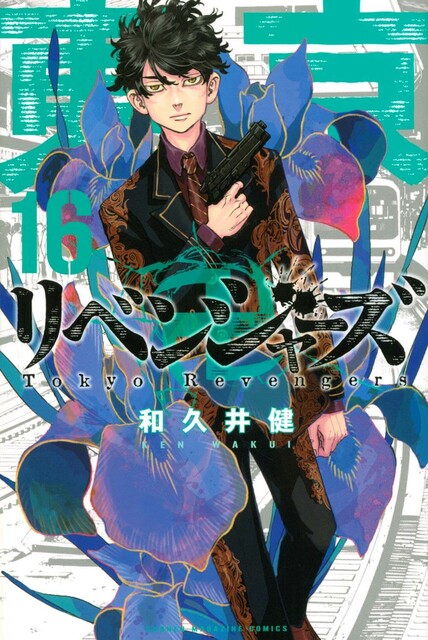 The “Tokyo Revengers” is doing very well with its original book, anime, and live-action movie. The popularity of this work is soaring, and it is captivating many people. There are many reasons for this work’s popularity, but one of them is that it features many attractive characters. However, there are many characters that still remain a mystery. Naoto Tachibana, one of the main characters, is one of them.

The first of these is memory. When Takemichi struggles to change the past, it does not mean that people in the present suddenly feel that the world has changed. It’s as if the people who exist in the world are moved to the parallel world as they are. Since they don’t have any memories of the world line they were in before, ordinary people go about their lives as normal without any sense of discomfort. However, Naoto has moved to the parallel world with his memories intact.

In the original story, Takemichi said that his memory is overwritten when he comes back to the future, and even though he is not acquainted with Takemichi in the world line he moved to, he found Takemichi and made contact with him. If Naoto, the trigger of the time leap, is dead in the present, Takemichi will not be able to return to the present after returning to the past. Furthermore, if Naoto does not have a strong desire to return to the past and change the present, Takemichi will not be able to make a time leap. Since he is a very important person in the phenomenon of time leaps, it is likely that a special event is occurring in which his memory is being overwritten.

Of course, it is possible to be convinced by this, but the charm of this work is that there are so many mysteries scattered about that it makes you want to read deeper. There is also a hypothesis that Naoto himself is a Timelyper, and until there is a clear reference to this in the original work, there will be more room for discussion.

The second is the possibility that he is the mastermind. Although there are pros and cons, there is a hypothesis that Naoto is behind the series of events. The scene where Sendo Atsushi kills Hinata after being threatened by Kisaki Tetta in the present day is often mentioned as evidence of this. Takemichi leaves Hinata in the car and goes to a public restroom. There is a theory that Hanma herself is a time-killer, but it is also said that Naoto, who was with Takemichi and Hinata until just before, may have told Hanma where he was.

When I think back, Naoto has thought of everything that Takemichi would do in a time leap. In other words, Takemichi has been doing whatever Naoto tells him to do. If his actions lead to unexpected consequences for Takemichi, it will be even easier to assume that Naoto is the mastermind.

And the third is that there are many convenient facts. Of course, this is possible due to the development of the story, and I don’t mean to say that it makes me feel uncomfortable, but when I look back at Naoto’s actions, there are many things he says and does that make me feel a little suspicious.

For example, when Takemichi first met Naoto in the past after a time leap, he told him that Hinata and Naoto would be killed 12 years later. He later says, “I only believed it because I happened to be into occult stuff back then. In the present day, Naoto is a detective in the Organized Crime Division, but as a detective, he seems to be too flexible in many things. Hinata and Naoto are one year apart, 25 years old in modern times. Even if you are a high school graduate and aim to become a detective, you can’t become a detective in the Organized Crime Division until you are 24 or 25. How can a detective who has just been assigned to a case obtain materials and information that have not yet been released to the public, provide them to a third party, or get access to a prisoner on death row? There’s no end to it if you’re worried about it.

Nazuna
It’s a bit like poking around in a corner, but Naoto is still tangled up in “why? is still tangled up in Naoto. We won’t know the truth until there is a hint or a direct answer, but it will be interesting to watch the anime or live-action movie while thinking about the mystery of Naoto. I can’t take my eyes off this work yet.