Netflix Drama ‘ONE PIECE’ Logo Revealed! The tentative title of the 1st episode is “ROMANCE DAWN -The Dawn of Adventure-“! 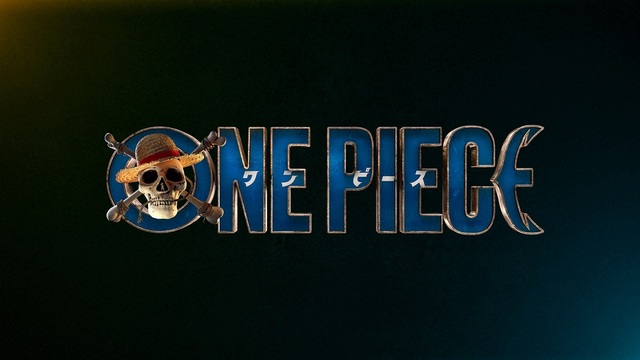 From the drama “ONE PIECE” produced and distributed exclusively by Netflix, the title logo and tentative title of the first episode have been released.

ONE PIECE” by Eiichiro Oda is one of the most popular comics in Japan. It has sold more than 490 million copies worldwide, and has a long history of devoted fans all over the world.

It was officially announced on January 30, 2020 that the popular manga “One Piece,” whose live-action adaptation was already announced in 2017, will be distributed as the Netflix original series “One Piece.

“ONE PIECE” is a popular comic series by Eiichiro Oda that has been serialized in “Weekly Shonen Jump” since 1997. The total number of copies sold worldwide has surpassed 460 million, and the work has been loved for many years.

In the past, there have been many offers for a live-action film version of this work. Mr. Oda and the editorial department of Weekly Shonen Jump were convinced that they could overcome the various hurdles, and this live-action adaptation was realized.

The Netflix original series “ONE PIECE” will be distributed as a drama series of 10 episodes.

We have received a comment from Mr. Oda, which I’ll introduce below (original text)

・Eiichiro Oda comments.
“We announced the project in 2017, but it’s taking a while. We’ve been working on it under the radar for a while now. And now they’re ready to announce it. Netflix, the world’s largest video streaming service, is going to lend us a big hand! That’s very encouraging! How far will the story go in Season I, Episode 10? What will happen to the cast? Please wait a little longer. And stay tuned!

The title logo of the live-action drama series “ONE PIECE”, for which the original author Mr. Oda is the executive producer, and the tentative title of the first episode is “ROMANCE DAWN – Adventure Dawn”, just like the original. The cover of the script has also been released.

In the past, there have been many offers for live-action film adaptations of this work. It was only after Oda and the editorial department of Weekly Shonen Jump were convinced that they could overcome the various hurdles that the project was realized.

For the memorable milestone of ‘ONE PIECE’, the 100th volume of the comics will be released on September 3 (Fri), 2021, and the 1000th episode of the anime will be broadcast on November 21 (Sun) (tentative), many gorgeous projects will be developed to make the world ‘connected’. This live-action version is also expected to be popular all over the world. This live-action adaptation is sure to attract the attention and expectations of fans all over the world, and it can be said to be the “big project of the century”.

Casting is currently underway! Please look forward to more information in the future.

＜The original manga “ONE PIECE＞
Began serialization in 1997 in Weekly Shonen Jump (Shueisha). The total number of copies sold worldwide has exceeded 490 million, and for many years it has had enthusiastic fans all over the world, regardless of generation.
The pirate “Straw Hat Pirates” led by the main character, Monkey D. Luffy, go on an adventure around the “One Piece”, which is said to have been left behind by the legendary “Pirate King”, Goal D. Roger. This is an epic story.