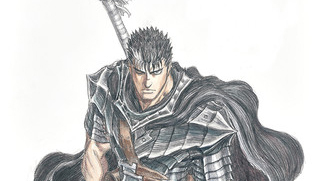 The 41st volume of manga “Berserk” comics by Kentaro Miura, a manga artist who passed away in May, will be released on December 24; it will be the first new issue in almost three years since the 40th volume was released in September 2018. It has also been discussed that the latest 364 episodes of the manga will be published in the 18th issue of “Young Animal” (Hakusensha) on September 10.

In addition to the standard edition, volume 41 is also available in a special edition. It comes with a campus art of the key visual of the “Great Berserk Exhibition” drawn by Miura, and a drama CD of the story of “Casca’s Awakening” which has not been animated yet. The drama CD features voice actors including Hiroaki Iwanaga, Kaoru Mizuhara, Yoko Hikasa, Kazuyuki Okitsu, Hiro Shimono, and Toa Yukinari. Susumu Hirasawa’s songs “BERSERK -Forces-” and “FORCES II” will also be included. A comic book of the manga “Druanki,” which was written and produced by Ms. Miura, will be released on the same day.

Mr. Miura, who was born in 1966, started serializing “Berserk” in “Monthly Animal House” (Hakusensha) in 1989, and died of acute aortic dissection on May 6 at the age of 54. He was 54 years old. “Berserk” is set in a fictional world devastated by war, and depicts Guts, who uses a huge sword, in a fierce battle against deformed monsters. A total of 40 million copies of the comics have been sold. In addition to being made into a TV anime, the movie version of the anime was also released and became a hot topic.