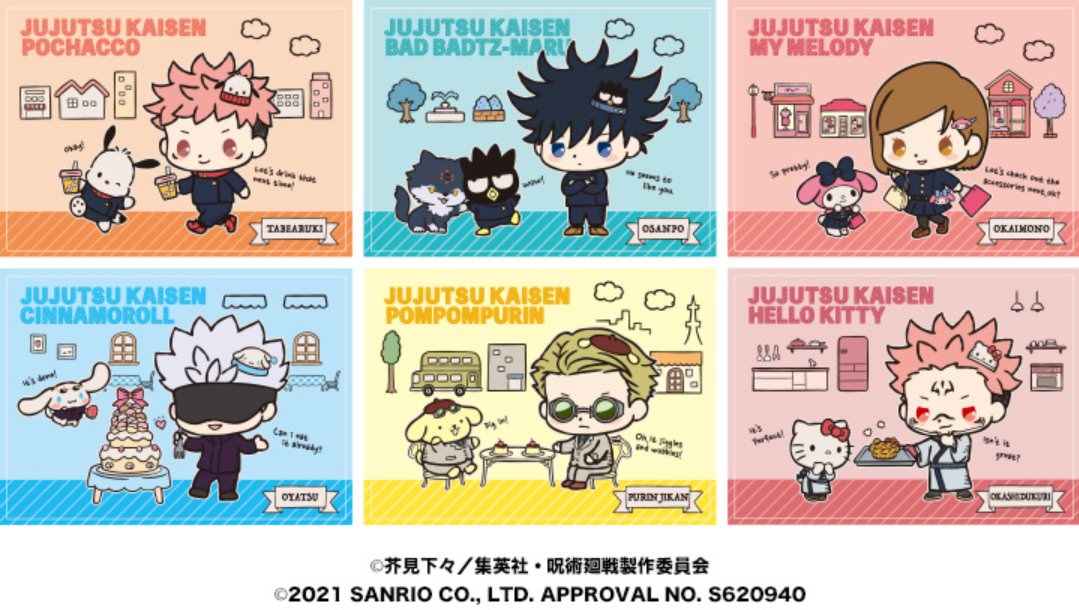 The TV anime “Jujutsu Kaisen,” based on the popular manga by Akutami Shimosa, and Sanrio Characters have released a mini-cartoon illustration based on the theme of eating and strolling.

The TV anime “Jujutsu Kaisen” x Sanrio Characters goods using these “eating and walking” and “strolling” collaboration visuals will be available at movie theaters nationwide from the end of October to the beginning of November 2021, before the theatrical version of “Jujutsu Kaisen Zero” is released. Look forward to it!

Jujutsu Kaisen Zero” is the origin story of Jujutsu Kaisen, a story of love and curse that leads to the main story, and will be released in theaters on December 24, the day of Getou Suguru’s “Hyakki Yakou”.

The voice cast for the main character “Okkotsu Yuta” in the movie version of “Jujutsu Kaisen Zero” was announced to be Emi Ogata on July 30, 2021 at 0:00.

The first bundled edition of “Jujutsu Kaisen” with goods will be released in two consecutive volumes, Volume 18 on December 25, 2021 and Volume 19 on April 4, 2022.