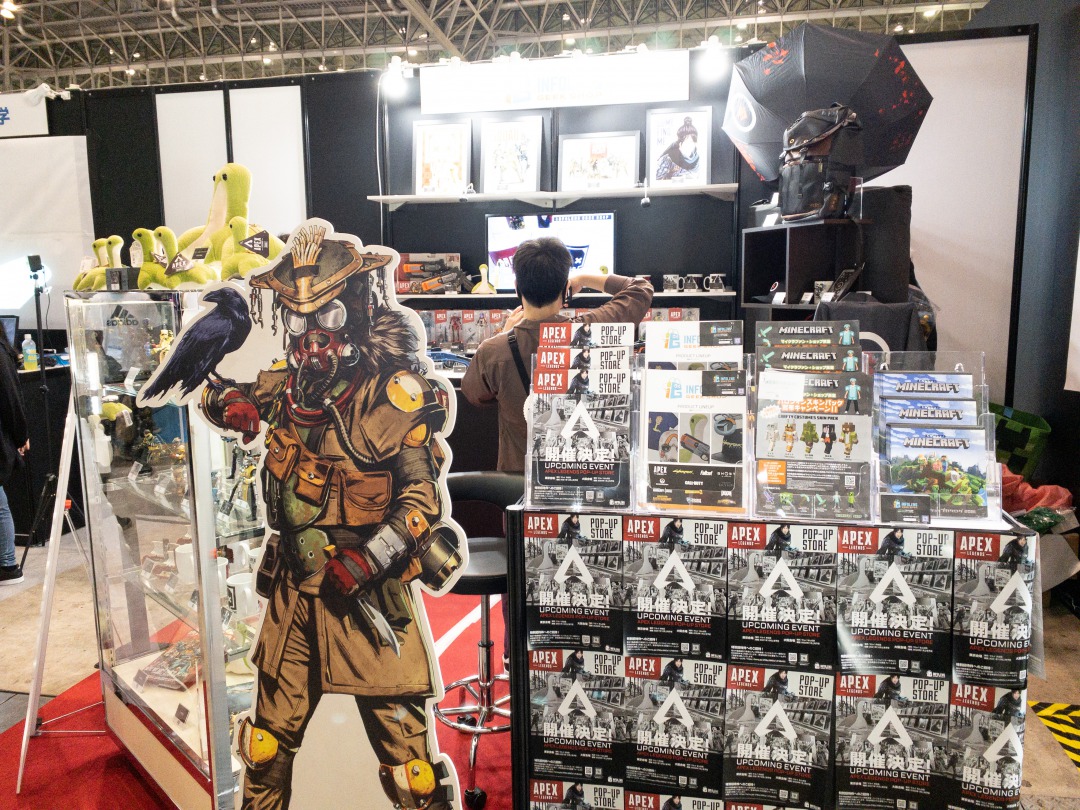 Hi, I’m Nazuna.
I was invited to the Tokyo Game Show the other day, and I’d like to introduce it to you.

First of all, I’ll explain what Tokyo Game Show is all about.

|What is Tokyo Game Show

Tokyo Game Show (TOKYO GAME SHOW) is a comprehensive exhibition of computer games and other computer entertainment held once a year by the Computer Entertainment Supplier’s Association (CESA). The venue is Makuhari Messe. The event is one of the largest in Japan and attracts many fans.

Infolens, a company that sells game-related hobby goods, unveiled a new product based on Apex Legends at the Tokyo Game Show 2021.

The company has been developing the model gun “Wingman” from “Apex Legends” and movable figures of champions, etc. The reference exhibit at the booth in the TGS venue was a replica series for children. The three guns that appear in the game, “Peacekeeper”, “L-Star”, and “Wingman”, as well as Wraith’s melee weapon “Kunai” and Bloodhound’s melee weapon “Raven’s Bite” will be newly sculpted. This series will not have any movable gimmicks and will be a light weight toy. Release date and price are yet to be determined.