The Blue Period: How Animation Brings Out the Best in the Original Story: Explaining the Splendor of Movement, Color, and Sound 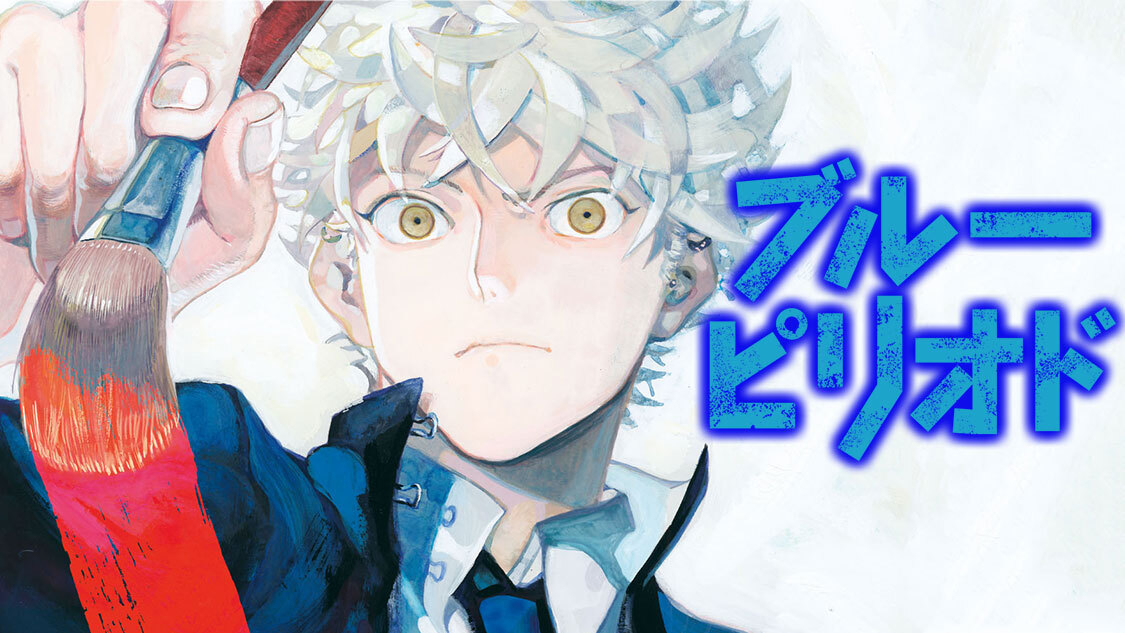 The 11th volume of “Blue Period” was released on September 22, and the anime started its broadcast on October 1.

EIn this paper, I would like to look back on the anime version of “Blue Period” by comparing it to the original work. p.01: I Woke Up to the Joy of Painting” was aired with great anticipation from the fans. I felt that this work, which depicted the joy of art and the agony of expression, was expressed so that only anime can.

One of the best things about anime based on the manga is that the “movement” that is depicted as a still image is expressed as an image. In the animation of this work, there were many scenes where I felt that movement was added to the manga.

When Yaguchi Yatsutora visits the art room to collect his cigarettes, he sees a large painting drawn by an art club member named Mori Maru. In the manga, there is a panel with a close-up of the woman’s profile in the painting with Hachitora standing in front of the painting, and another board with the woman’s face changing direction as if she is looking at Hachitora.

The anime, like the manga, featured a close-up of the woman’s face, but with the addition of the passage of time where the woman slowly turns her face and winks at Hachitora. The time that existed between the panels of the manga was complemented by the reality that we, the viewers, were able to relive the impact of Hatora, who looked as if his senior Mori’s work had come to life.

Shocked by Mori’s work, Hachitora begins to paint watercolors in his art class. When Hachitora puts a brush soaked in water and paint on a piece of drawing paper, the blue color of the meeting bleeds into the form over time. In the manga, the scene is depicted with the onomatopoeic sound of “shun…”, but in the anime, the unique sensation of watercolor painting is realistically expressed using video characteristics.

Also, many manga works have a large percentage of black and white pages. Adding color to scenes that appear in the original work is also a significant attraction of anime adaptations. In particular, “Blue Period” is a work that uses art as its subject matter, and therefore has many scenes related to color.

Adding color to the original depiction allows us to vividly experience the scenery and emotions that Hachitaro saw and felt. In particular, in the scene where Hachitaro’s work was displayed in art class, the blue color of the painting of Shibuya in the early morning was even more conspicuous because other works around it were mainly painted in different hues from blue.

It is not only “movement” and “color” that are expressed through animation. In the program “Just Before the Anime Airs! Blue Period SP”, it was revealed that the environmental sounds were recorded at a prep school that the original author, Tsubasa Yamaguchi, actually attended.

In the “Exam” section, in which Hachitora aims to pass the entrance exam to Tokyo University of the Arts, many scenes appear in which he spends time at a preparatory school. His days at the prep school are filled with joy, anger, sorrow, and frustration at his inadequacies and at the overwhelming talent of others. The addition of realistic sounds such as the sound of a sketchbook being flipped through and the sound of paintbrushes being applied to Hachitora’s struggles will give the famous scenes that have captivated readers a different emotional impact than in the manga.

Ippei Inoue, who is in charge of the music for this work, also released information about SNS performance. Pianist Keiko Osaki’s version, which played in the scene where Hachitora sees the result of his senior Mori, made me feel as if I was experiencing the mystique of the painting that Hachitora felt. On the other hand, the sound of the saxophone played by Hiroshi Suzuki in the scene where Hachitora emerges from the blue-tinted Shibuya district showed the elation of Hachitora as he awakens to the joy of painting.

The opening theme “EVERBLUE” was created by Omoinotake, an artist who has been performing on the streets of Shibuya, which looked blue to Hachitora. The ending theme “Replica” was created by the artist mol-74 with the message of “changing the world by yourself, not by expecting someone else to do it for you. The artists, who have expressed themselves through sound, add color to the work that depicts the joy and pain of expression.

Blue Period” is an anime with added “movement”, “color”, and “sound”. As if to support Hachitora’s awakening to the joy of art and the pain of expression, many creators have expressed the world of the original work in this anime work.