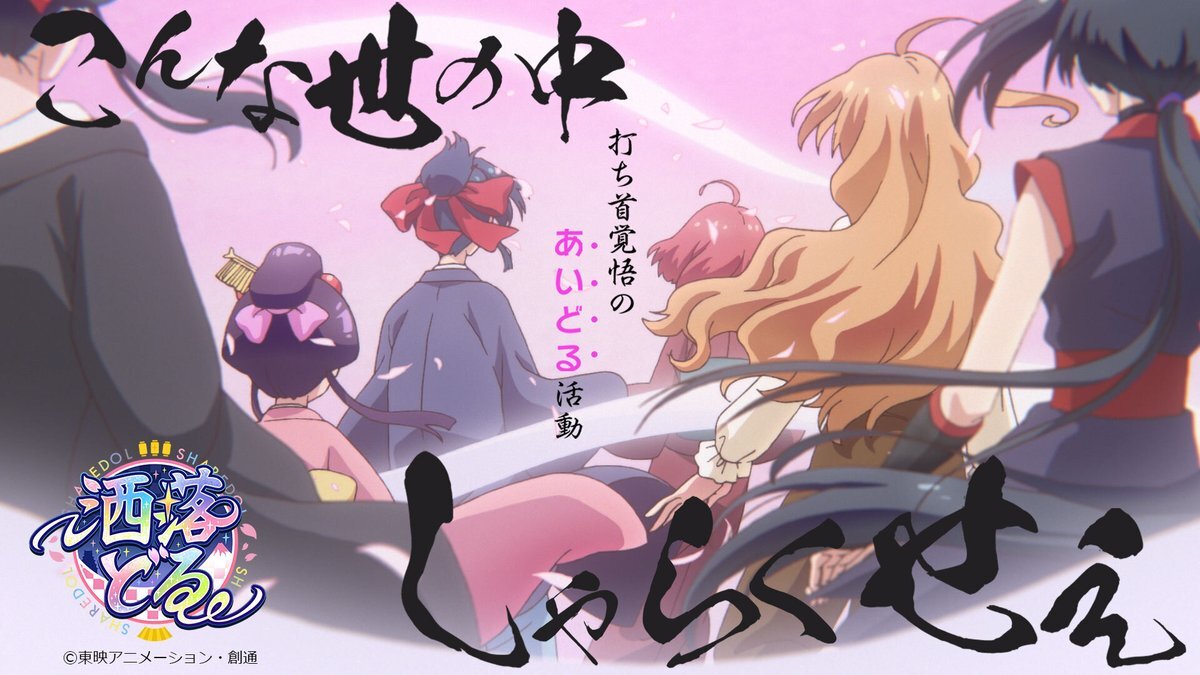 Prior to that, the outline of the project, some of the character settings, and scene cuts were released.
The official Twitter account will be sending out information about the work in preparation for the video release, so please follow the account and wait for further developments.

【Pilot film “Shareadoru】
Sharedoru” is a fusion of two ideas selected from about 15 proposals made by young producers from Toei Animation and Sotsu.

The pilot film, “Edo x Idol,” was produced by merging two independent projects: one was a Toei animation idea about an ordinary young man of today who makes a timely leap to a world where Edo and the near future are fused together and creates his own destiny, and the other was a Sotsu idea about an idol who slips back in time to the Edo period. The two independent projects were fused together to produce the pilot film “Shakaridoru” with the theme of “Edo x Idol”.

The pilot film “Shakaridoru” is just a “prototype” for a small start, but future development will be considered based on the response of anime fans and potential business partners to the concept and visual expression of the work.

The time is the Edo period, the Kansei era.
What happens when you produce an Edo girl (Edokko) with the knowledge of a modern idol?
Toei Animation and Sotsu present… “Aidoru” activities that prepare for beheading!

In the midst of all this, the girls are living with their own problems.
Their feelings explode in the form of “Ai-Doru”!
The key word is “This world is so boring!

The highlight of the show is the gorgeous live scene.
In the midst of glittering lanterns, the Edo girls dressed in Japanese style idol costumes perform live beyond the framework of existing idol anime.
The world of “NEO Edo”, a combination of “Kansei Edo culture” and “Reiwa idol culture”, will be presented.

Prior to the release of the video on YouTube (Toei Animation’s official channel) on October 25 (Mon.), the official Twitter account of “Sharedol” (@sharedol) was opened. Let’s support the future development by using the account.

Until the release of the pilot film, we will introduce the world view (historical background, Edo culture, etc.) and characters of “Shakudoru”. Freshly cut scenes from the pilot film will be generously presented.
If you follow along, you will surely be looking forward to watching the video even more.