Pokémon Unite for mobile phones is hot! Why “I don’t like it” is a waste of time 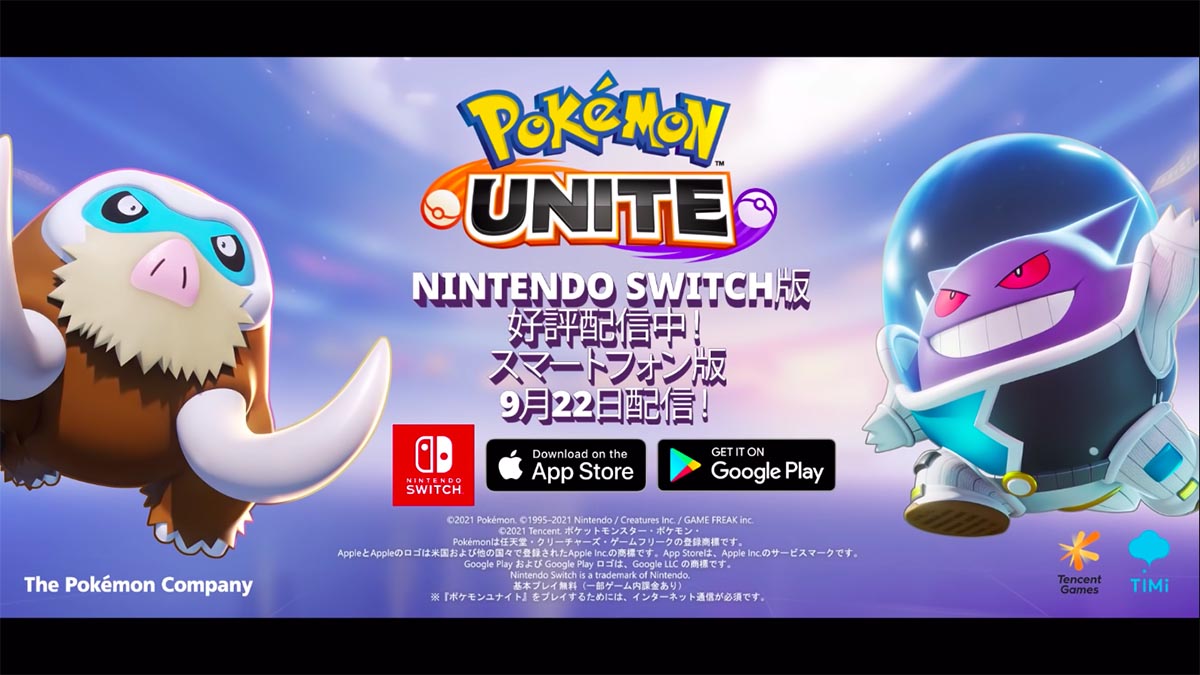 The smartphone version of “Pokémon Unite,” released for the Nintendo Switch, has also been released. Now that this popular title, which causes server congestion, can be played quickly, the player population is expected to increase. With so many great players already in the game, is it too late for newcomers?

|The first team battle in “Pokémon” The game has already started before the match!

Pokémon UNITE was released for Nintendo Switch in July 2021, and in September, it was also released as a game app for iOS and Android.

This is the first “team strategy battle” game in the “Pokemon” series. If I give a brief overview of the game to those who have never played it before, it might be easier to understand if you imagine a sports competition like basketball.

“The teams are divided into two groups of five, and the team that scores the most points during the 10 minutes per game wins.

The rules are simple, but when you play, you will be amazed at a depth of the gameplay.

The appeal of this game is not only that you can choose popular Pokémon as playable characters. As I mentioned in the introduction, the game is a “team strategy battle,” so you can’t play individually; you have to cooperate with other team members you don’t know. The fun of team play, where you have to strategize as the game unfolds, is the natural appeal of “Pokémon Unite.

For example, each Pokémon has different timing to play in the first and second half. It’s no exaggeration to say that the game begins at the character selection screen before the match.

“If all five of your Pokémon are attackers, such as Lucario and Kairikee, your defense will be weak. On the other hand, a team full of Pokémon that excel at support and protection, such as Yadlan and Baudrillard, will be a team lacking indecisiveness.

Even after the game has begun, you will be required to make quick decisions to flexibly change your role, such as having a character with high mobility rush to the side in a pinch, depending on the situation. Don’t be distracted by the enemy or the goal ring in front of you; only by working together as a team will you be able to achieve victory.

The game is so challenging that it is hard to believe that it is “free to play,” It has become so popular that the servers are crowded late at night and on holidays. Now that the game can be played easily from a smartphone, the number of players is expected to increase in the future.

|What is the point of playing for the first time?

On the other hand, there are probably many “Pokemon” fans who are hesitant to start playing “Pokemon Unite” now.

This game is so popular that in the two months or so since it was released for the Nintendo Switch, the basic moves and tactics have already been shared among players, making it look difficult for newcomers to enter the game.

Another reason may be that the “Pokemon” series has been mostly a game title to be played alone. Not a few “Pokémon” fans may feel uncomfortable with the nature of the game itself, which requires cooperation with strangers, thinking that they may be left out of the loop.

However, the popularity of the game proves that it is too interesting to ignore.

There are no sudden matches with skilled players, and beginners can learn the game by exploring with other beginners. Also, watching the battles of the best players in the “spectator mode” and imitating their moves is a shortcut to improvement.

As mentioned above, do not run to individual play. “Even if you are outnumbered, don’t give up the game early on. As long as you keep these two points in mind, not only Pokémon fans but also those who are not familiar with “Pokémon” will be able to enjoy the game.

Nazuna
On Wednesday, October 20, a new Pokémon, Yokubaris, will enter the game, and there is a good chance that it will create tactics never seen before. If there is one drawback to the smartphone version of the game, it’s that even the phone itself can heat up in response to the excitement of …… players. Why don’t you experience a new world of battles with your favorite Pokémon while keeping an eye on your battery life?