Reading the strong message in the heartwarming picture of “Ranking of Kings”, I realized my own potential. 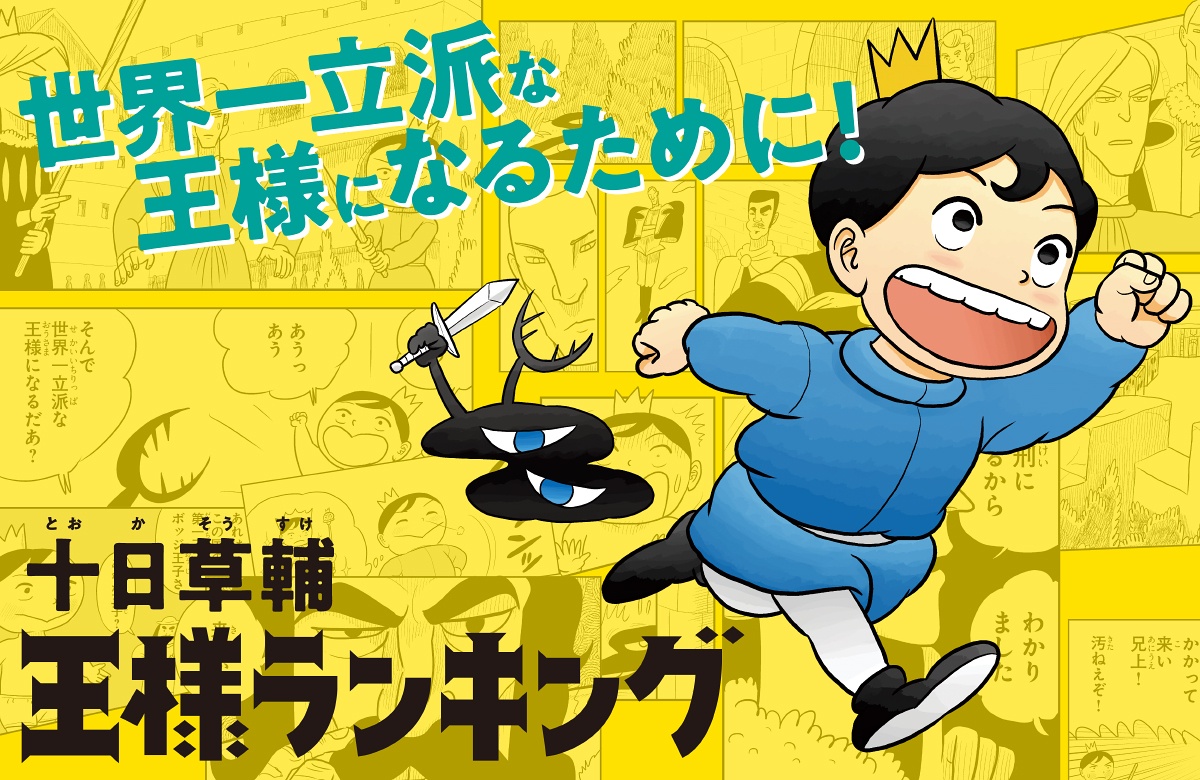 Ranking of Kings” is a manga by Toka Sousuke. Originally published on the manga posting service “Manga Hack”, the popularity of the work spread by word of mouth and led to its publication in book form. It was ranked 7th in the men’s section of “This Manga is Amazing 2020” and is currently being broadcast as a TV anime.

Ranking of Kings is a comprehensive ranking of the wealth of a country, the number of powerful people it has, and how strong the king himself is.

The main character is Bodge, a prince born in a country ruled by King Boss, who is ranked 7th in the Ranking of Kings. However, despite having giant parents, Bodge is small and weak. He can’t even wield a sword properly. And even though he is the first prince, people around him think he is not fit to be a king, as he is deaf and cannot speak. It was during this time that Bodge met “Kage”, a shadowy creature with large eyeballs who was a survivor of the assassination group “Shadow Clan”. Through his encounter with the lizard, Bodge’s destiny begins to change little by little.

|Bodge and Kage’s Past: …… Heartbreaking Volume 1

In the first volume, we saw how Bodge was treated in the country, his encounter with Kage, and Kage’s past.

Deaf and unable to speak, Bodge uses sign language to communicate with the people in the castle. However, when most people find out that Bodge can’t hear anything, they give him a hard time. They seem to take no offense, and say that if he can’t hear, then it doesn’t matter what he says. But the truth is that Bodge is a lip reader and understands what the other person is saying. Even though he knew what was being said, he just smiled and let it pass. It’s not that he doesn’t feel anything. It’s not that she doesn’t feel anything, she just puts up with it. Then, when he was alone, he cried. What a strong boy.

At first, Kage thinks Bodge is a fool. However, as he gets to know Bodge’s true character, he vows to be his ally in any situation.

Kage himself had a painful past. After his mother was killed, he took the man who saved him as his master and did his best to help him. After losing his master, Kage lives alone, but his fate changes when he meets Bodge.

|I thought they were all enemies, but ……

Even within the castle, Bodge’s treatment seemed to be terrible ……, but that was only superficial.
In particular, Hilling, the Queen of the Kingdom of Bosses. She is Bodge’s second wife and the mother of the second prince, Daida. To Bodge, she is his mother-in-law. At first we think that Bodge was bullied by this mother-in-law because of her hysterical and harsh words, but it turns out that she is actually a kind-hearted woman who was thinking of Bodge.

Looking back, I see that Hilling used sign language. There is no need to learn sign language if you are not willing to listen to Bodge’s words and communicate your feelings to him. You have to want to communicate properly with Bodge.

Like Hilling, the characters in “Ranking of Kings” have hidden true feelings, and it is actually a very warm story.

After his father, King Bodge, dies, Daida becomes the king. After leaving the castle, Bodge searches for a way to make the most of his power and become stronger. It is very encouraging to see how Prince Bodge grows up so quickly. At the same time, it makes us realize that we may have given up on our own potential.