The production of a theatrical version was also announced. The comicalization of “Mobile Suit Gundam SEED” and the comic about the passionate fan spirit will rekindle the feelings of those days! 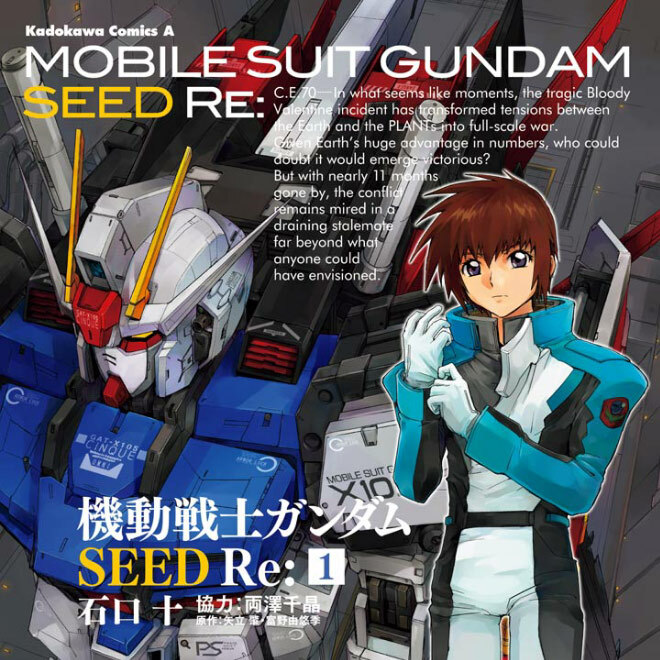 “It’s finally here! I’m sure there are many fans who have been waiting for it. This is because the theatrical version was only announced in 2006 after the TV broadcast of “Mobile Suit Gundam SEED DESTINY” (2004-2005), the sequel to “SEED”, ended.

SEED” is one of the most popular Gundam titles that depicts a period other than the “Space Century. Even now, new plastic models of the humanoid mobile weapons and mobile suits that appear in this work are being released one after another, showing the popularity of this title.

In this article, I will introduce two comics that you should read while waiting for the movie version.

At the end of the A.D. era, after ethnic and religious conflicts intensified in various regions, the curtain rises on a new era known as C.E. (Cosmic Era).

It was during this time that genetically modified humans and their descendants, the “Codinators,” emerged. A war broke out between the “Plant”, a coalition of space colonies whose population is dominated by these people, and the “Earth Alliance”, whose population is dominated by “Naturals”, pure humans. In C.E. 71, eleven months after the start of the war, the Earth Alliance developed a new type of mobile weapon in cooperation with the neutral United Emirate of Orb in order to break the stalemate. That weapon was the “Gundam,” which was nearing completion at the Colony Heliopolis in Orb.

The plant’s army, ZAFT, receives this information and launches an operation to take the Gundam. The anime starts with this operation, but in “Mobile Suit Gundam SEED Re:”, with the help of Chiaki Ryosawa, who was in charge of the series composition and scriptwriting of the anime, content that was not depicted in the anime has been added.

Specifically, the narrative history of the nuclear missile attack on the plant’s agricultural colony Unius Seven, which led to the escalation of the war, and the episode of George Glenn, the “First Cordoner,” are reconstructed and depicted. It also devotes a number of pages to the confrontation scene between Mou La Fraga and Lau Le Creuset in C.E. 70. I felt that the background of the world of the “SEED” anime is clearer and easier to understand in this work.

This work is a comicalization of the anime version up to “PHASE-13: Stars Falling in Space”. It is a perfect work to review the story background of “SEED” as you can learn the episodes that were only in the dialogues and settings.

|The Two in Love with HG

This work is a comedy about the daily life of a female office worker and a high school girl with “Gunpla”. The reason I’m introducing it here is because the main character, Sayaka Kanzaki, is a big fan of “SEED”.

One day, Sayaka meets Takamiya Sora, the daughter of a model store owner, who has a plastic model of “Strike Gundam” in her hands. 16-year-old Sayaka is led to build a plastic model by her, and reconfirms what she likes about herself. –Sayaka is guided by the 16-year-old girl to build plastic models and reaffirms her “love” for the game.

When Sayaka completed her first “Strike Gundam” plastic model without painting, she felt a sense of satisfaction that she had never felt before. Even though it was unarmored and unpainted, she was reminded of the scene she had seen on TV. ……

I can understand this feeling! (I’m an old man, much older than Sayaka, though). There are also other “SEED” stories and famous lines inserted, so if you know the main story, you will be able to enjoy it several times more.

The story continues with an episode in which 16-year-old Sayaka “talks” about the Impulse Gundam and Destiny Gundam flown by Shin Asuka, the main character of Mobile Suit Gundam SEED Destiny, who is her self-projected existence, and builds her own gunpla. The episode will follow. Again, this is a work that I highly recommend you read after watching the main story.

Waiting for SEED the Movie